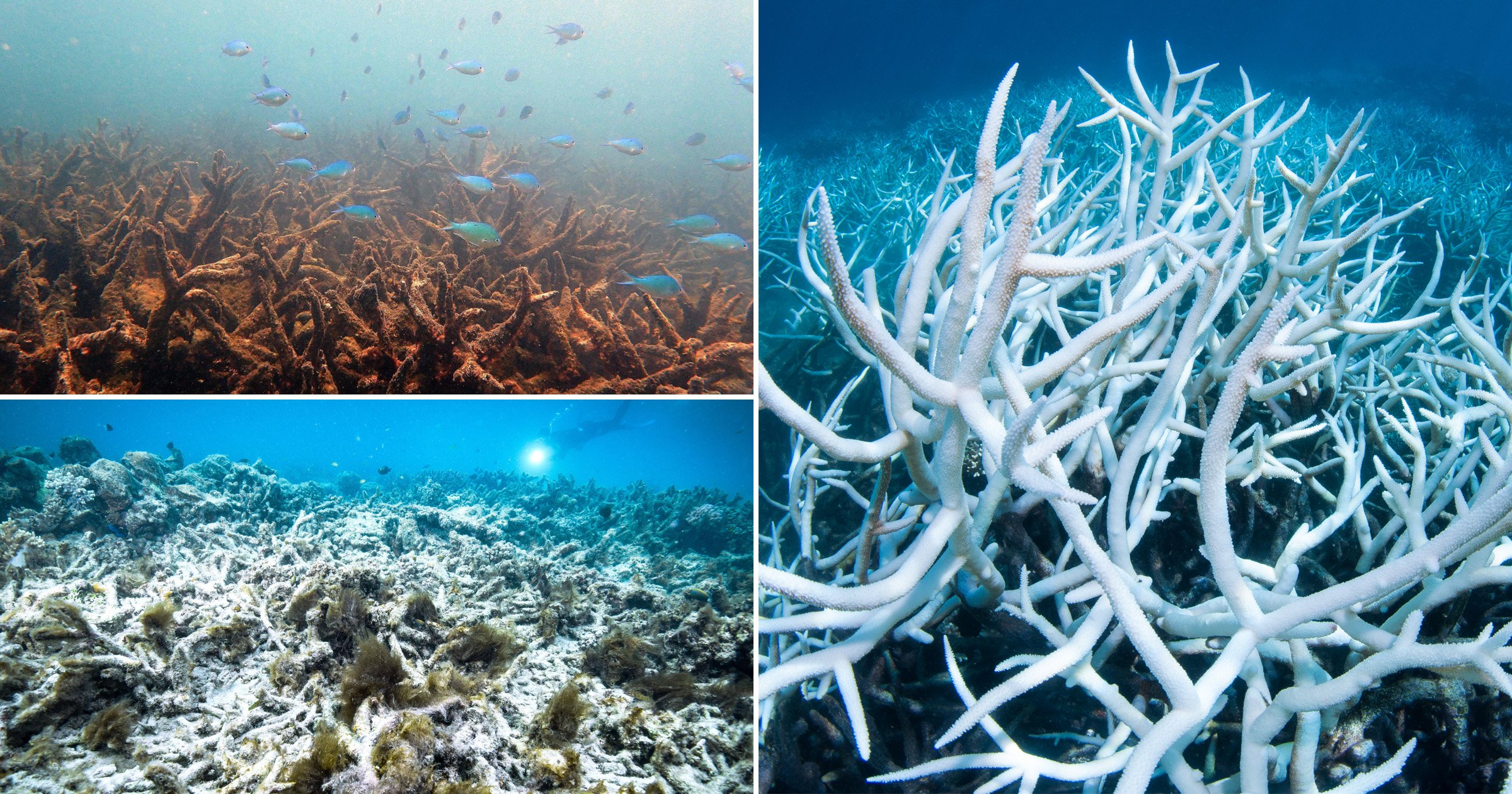 Australia’s Great Barrier Reef is dangerously close to losing its status as a UNESCO World Heritage Site due to coral bleaching.

‘Weather patterns over the next few weeks will be critical in determining the overall extent and severity of coral bleaching across the Marine Park,’ said a report by the Great Barrier Reef Marine Authority.

The authority described the bleaching as ‘widespread but variable, across multiple regions, ranging in impact from minor to severe’.

The report comes three days before a United Nations delegation is due to assess whether the reef’s World Heritage listing should be downgraded due to the ravages of climate change.

The coral bleaching plaguing the reef has been attributed to unusually warm ocean temperatures in 2016, 2017 and 2020. The previous bleaching event damaged two-thirds of the coral.

The environmental group, Greenpeace, said the severe and widespread coral bleaching suffered during a La Nina weather pattern that is associated with cooler Pacific Ocean temperatures was evidence of the Australian government’s failure to protect the coral from the impacts of climate change.

‘This is a sure sign that climate change caused by burning coal, oil and gas is threatening the very existence of our reef,’ said Martin Zavan, Greenpeace Australia’s Pacific Climate Impacts Campaigner.

In July last year, Australia garnered enough international support to defer an attempt by Unesco, the United Nations’ cultural organisation, to downgrade the reef’s World Heritage status to ‘in danger’ because of damage caused by climate change.

But the question will be back on the World Heritage Committee’s agenda at its next annual meeting in June.

A UN delegation will inspect the reef’s health next week.