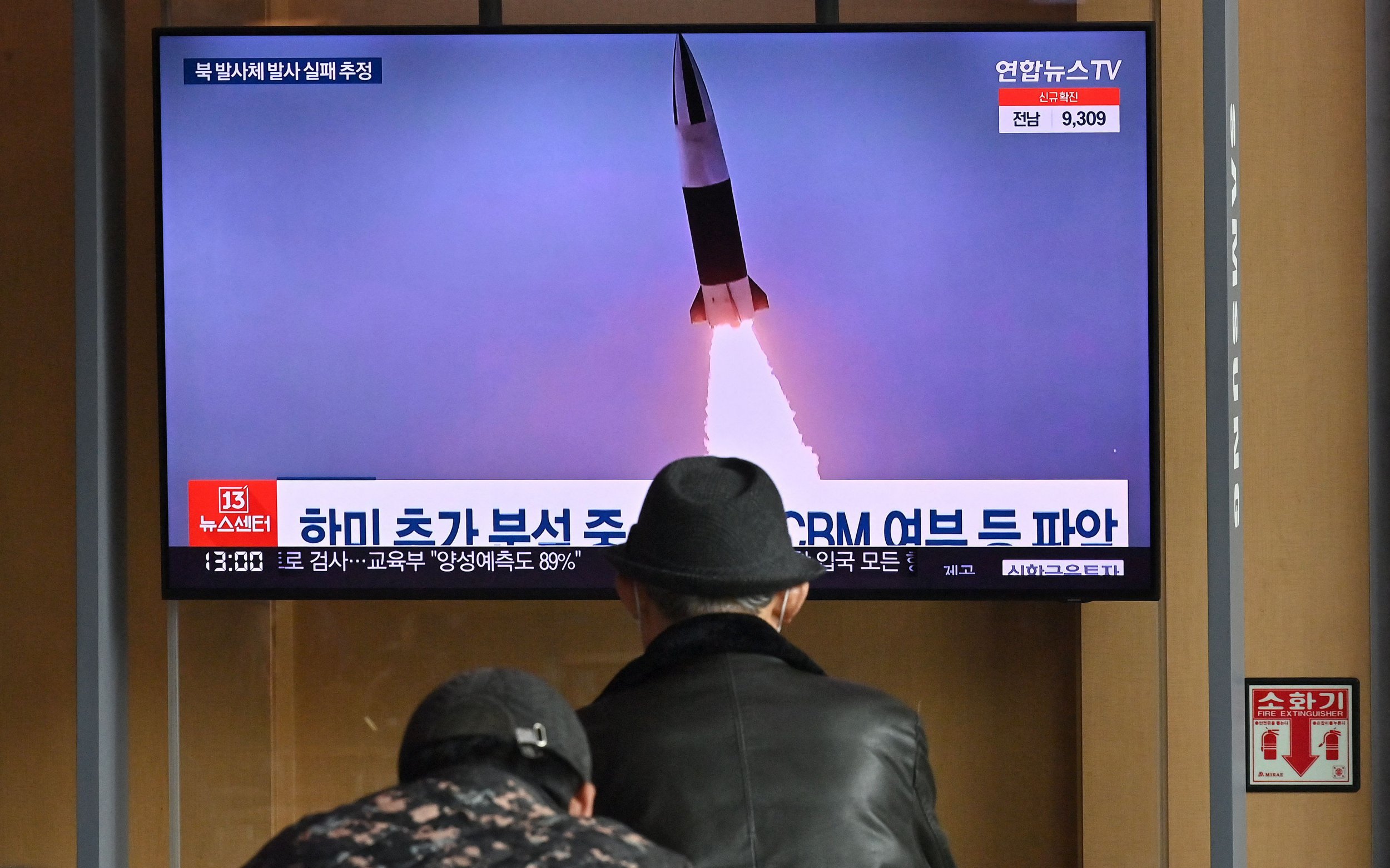 South Korea said North Korea fired an unidentified projectile but the launch on Wednesday apparently ended in a failure.

The launch was made from the Pyongyang region around 9.30am before the apparent failure, South Korea’s Joint Chiefs of Staff said in a statement.

They added that South Korean and US intelligence authorities were analysing details of the launch.

North Korea had been expected to fire an intercontinental ballistic missile (ICBM) soon in its most significant provocation since 2017.

The US and South Korean militaries said last week North Korea had tested an ICBM system in two recent launches, referring to the developmental Hwasong-17 missile that North Korea unveiled during a military parade in October 2020.

In the two recent launches on February 27 and March 5, the North Korean missiles flew medium-range distances, and experts have said North Korea could eventually perform a full-range ICBM test.

The North has said it tested cameras and other systems for a spy satellite and released what it said were photos taken from space during those tests, but it did not confirm what rocket or missile it launched.

Experts say North Korea aims to boost its ICBM capability while trying to place its first spy satellite into orbit.

North Korean leader Kim Jong Un has vowed to acquire an improved ICBM and a spy satellite among an array of sophisticated weapons systems he says he needs to cope with what he calls American hostility.

The Hwasong-17 is North Korea’s biggest missile, which could potentially fly up to 9,320 miles, far enough to strike anywhere in the US and beyond.

The 82-foot missile, which was shown again at a defence exhibition in Pyongyang last year, has yet to be test-launched.