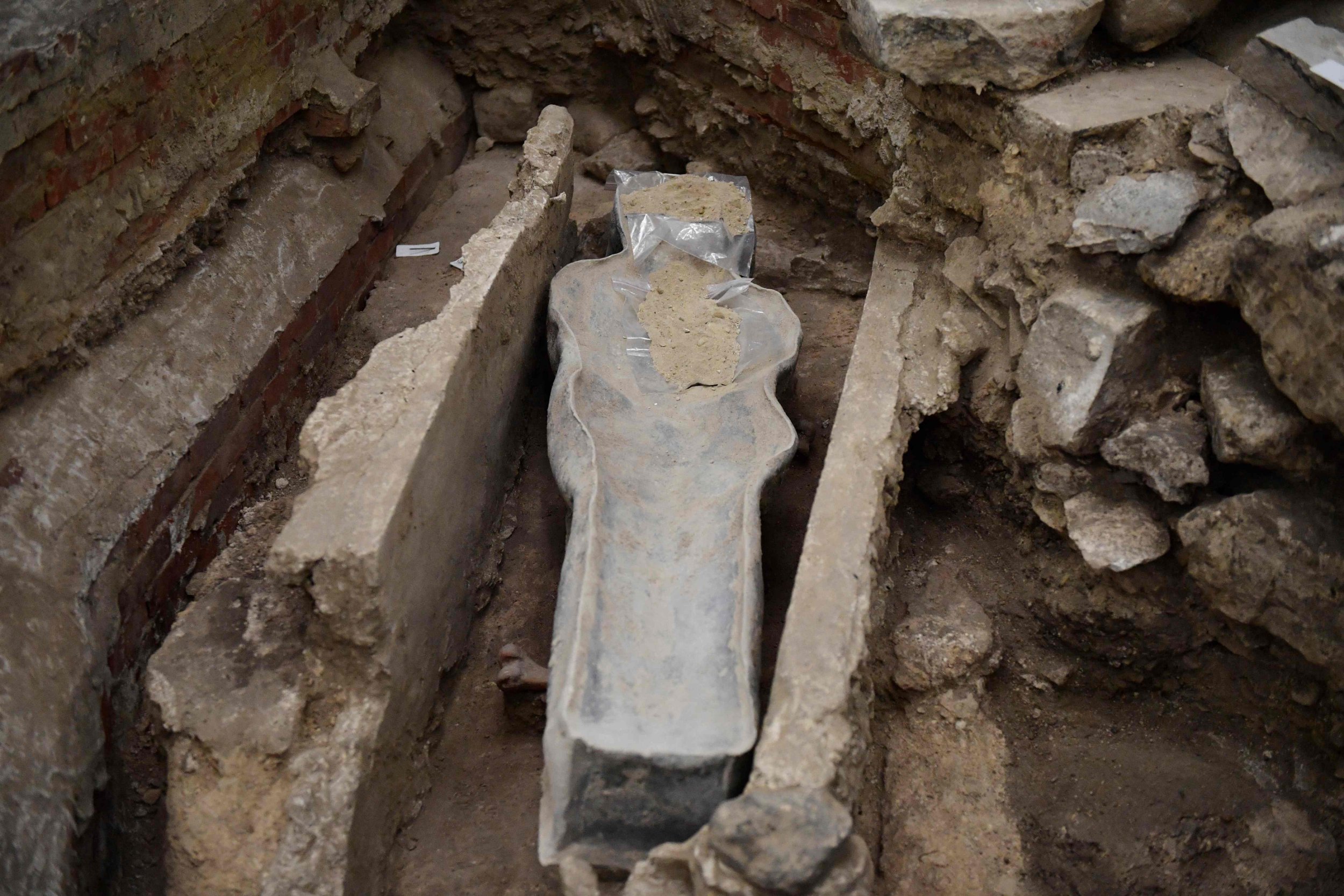 Archaeologists have found an ancient lead sarcophagus under the Notre-Dame cathedral in Paris along with fragments of a choir screen.

The discovery offers new insight into the history of the building which is currently under reconstruction after a devastating fire in 2019.

Notre-Dame, which dates back to the 12th century, commissioned the excavation works inside the cathedral as a precautionary measure before the installation of scaffolding needed to restore a 100-metre high wooden roof ridge.

‘The floor of the transept crossing has revealed remains of remarkable scientific quality,’ Roselyne Bachelot, France’s Culture Minister told Reuters, adding that excavation works have been extended until 25 March.

The excavation site lies under a stony layer that dates to the 18th century, but some lower levels go as far back as the 14th, and some even the early 13th century, the Culture Ministry said.

‘We were able to send a small camera inside which showed cloth remains, organic matter such as hair and plant remains,’ said Christophe Besnier from France’s National Archaeological Institute said.

‘The fact that these plants are still there indicates that the contents have been very well preserved,’ he said.

Archaeologists said the lead sarcophagus probably belonged to a high dignitary and could date back to the 14th century, which – if confirmed – would make it a spectacular find.

The excavation also revealed a pit immediately below the cathedral floor, which was likely to have been made around 1230, when Notre-Dame, one of the oldest examples of French Gothic, was under construction.

In 2019, a major fire engulfed the medieval cathedral of Notre-Dame, destroying much of the almost 900-year-old building.