A new wave of digital media companies are coming to Australia, offering Millennial and Gen Z readers news in a punchy, quick and stylish format.

They tend to use frequent bolding to break up the page and emphasise subheadings that make salient points clear to the reader at a glance and reach readers where they are online, whether through email newsletters or Instagram.

Why it matters: mainstream media in Australia missed the boat on the internet in the early 2000s, doing huge damage to its profitability and resulting in thousands of journalists losing their jobs. It tried to get on board with ad-driven sites like Huffington Post and Buzzfeed News in the 2010s, but they did not last. If the new wave of outlets work, they could offer the industry a shot at redemption (and profit) but also fresh competition for established players. 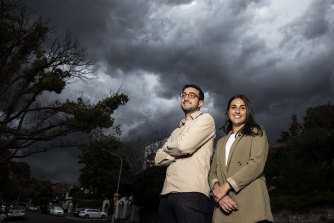 Major media outlets might also be convinced that a snappier tone and (judicious) use of memes, humour and emojis is the way to reach younger readers, at least on some content.

Examples: it’s early days for the genre, but there are already a few leading contenders.

Go deeper: publications with a similar business model in the United States are doing incredibly well.

Flaws but not dealbreakers: this will not solve the problem of declining local news on topics like schools and crime because the money and scale aren’t there. It’s not clear how much original reporting it can support, too.