Virgin Orbit reveals plans for its first UK launch! Richard Branson’s firm aims to send a satellite into space on a rocket unleashed from a jumbo jet from Cornwall this summer

Sir Richard Branson’s space firm Virgin Orbit has revealed its plans for its first UK launch this summer – from Cornwall.

In a ‘historic moment for UK space’, Virgin Orbit has signed a deal with Cardiff-based company Space Forge to launch the latter’s satellite into orbit.

The satellite will be blasted into space on a rocket called LauncherOne, which will be unleashed from a jumbo jet from Spaceport Cornwall, part of Newquay Airport.

Over the last 14 months, LauncherOne has already deployed payloads in space for Virgin Orbit’s customers, including NASA and the US Department of Defense. 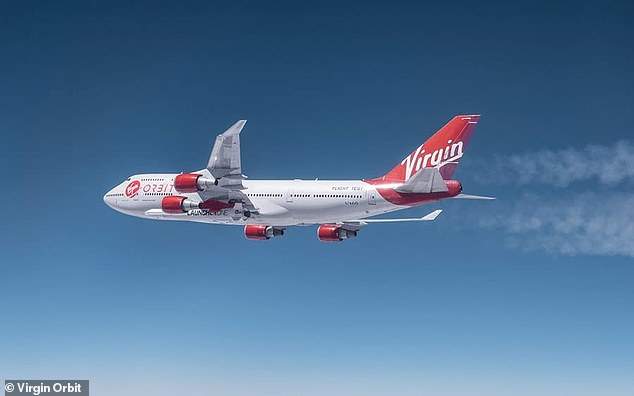 Virgin Orbit has announced an agreement with tech start-up Space Forge to launch the first satellite developed in Wales into space in summer 2022. It will be the first launch from UK soil with Virgin Orbit 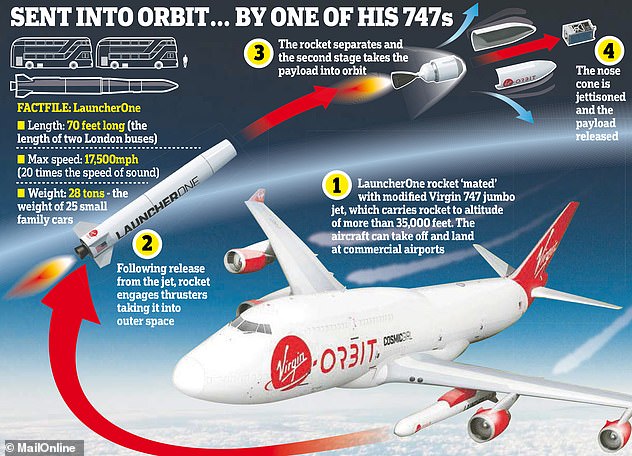 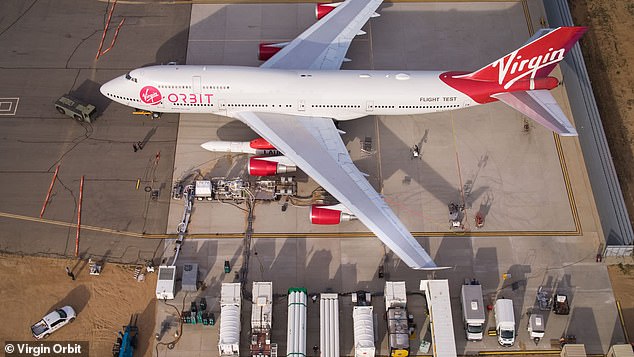 Over the last 14 months, LauncherOne has already deployed payloads in space for Virgin Orbit’s customers, including NASA and the US Department of Defense 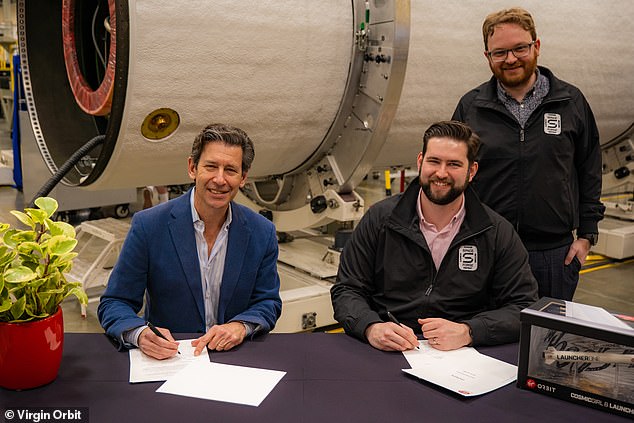 ‘We at Virgin Orbit are delighted to have been chosen to move Space Forge forward in their space journey as we look forward to our inaugural Cornwall launch,’ said Virgin Orbit CEO Dan Hart.

‘Space Forge is joining the growing community of space innovators advancing space technologies for the betterment of our world.

‘Their commitment to sustainability builds a foundation for future growth in the industry that we at Virgin Orbit are proud to be part of.’

Virgin Orbit has already conducted three successful consecutive orbital missions with LauncherOne in 2021 and 2022, the last one in January. All three took place from Mojave Air and Space Port, California.

The maiden LauncherOne flight back in 2020, meanwhile, failed to reach space, due to an ‘anomaly’ due to a premature shutdown of the first stage engine.

Once Cosmic Girl is at a high enough altitude – around 30,000 feet – LauncherOne is unleashed. When at an orbital altitude, LauncherOne deploys satellites in space.

With the upcoming launch, LauncherOne will deploy Space Forge’s satellite ForgeStar, which it refers to as a ‘space factory’.

ForgeStar is a reusable, suitcase-sized vehicle capable of being in low Earth orbit (LEO) for up to six months before returning to Earth.

It will be used as a testing ground for research projects in microgravity, in areas such as medicine and advanced industrial applications.

It will allow Space Forge to ‘leverage the benefits of the space environment’, namely microgravity, vacuum and temperature, to create products ‘that are impossible to manufacture on Earth’. 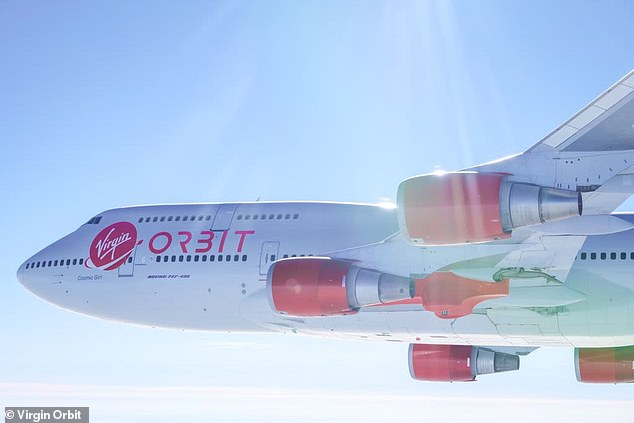 ‘We will demonstrate the use of space for good through in-space manufacturing and reliable return and it’s brilliant that both Virgin Orbit and Spaceport Cornwall share our ambitions.

‘This is the start of a great collaboration and we are so excited to see where it goes.’

January’s LauncherOne flight successfully launched seven satellites for customers including the US Department of Defense and British firm Spire.

Virgin Orbit also still has several LauncherOne flights planned from California in 2022, including one in the first quarter of the year carrying payloads for the US Space Force.

RACE FOR THE FIRST ROCKET LAUNCH FROM BRITISH SOIL

The first ever rocket to take off from British soil is expected to launch by the end of 2022, although the exact location is currently unknown.

There is a race between spaceports in Scotland and Cornwall to be the one that takes the crown of first British launch site.

Spaceport Cornwall is a horizontal launch site, with a traditional airport runway, that is expected to play host to Virgin Orbit.

When it reaches the target altitude the pilots deploy the rocket, which fires its engines and takes the payload – up to 300kg – into orbit.

According to a report in the Telegraph, the aim is to try to have the first rocket launch leave Earth before the Queen’s Platinum Jubilee in June.

Other competitors for the title of first British rocket launch include traditional vertical providers.

These include Lockheed Martin, Orbex and Skyrora – all of which operate from Scotland, including Shetland.

OneWeb, the satellite communications firm partly owned by the UK government, has been encouraged to make use of British launch capacity in the future.

They traditionally send their satellites, each weighing about 150kg, into orbit on an Arianespace Soyuz rocket from Russia in batches of 50.

The problem with this is that British launch providers are looking to send small payloads, including nano satellites.

These typically weigh less than 1,000kg, meaning only one or two OneWeb satellites could be launched on a British rocket at any one time – so may only be useful for replacing single satellites, rather than part of the initial rollout of more than 650 spaceships.