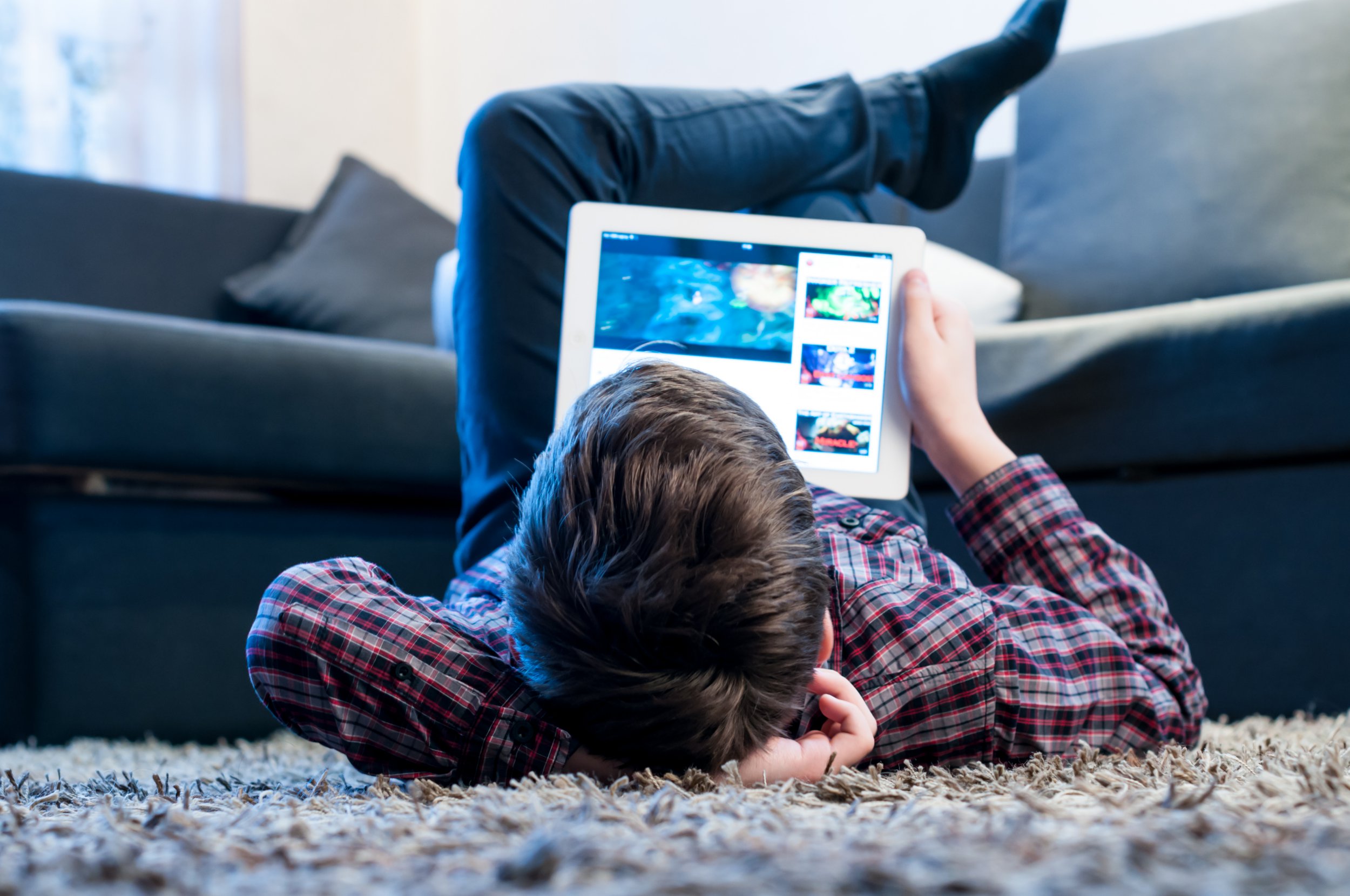 Rising screen use during the pandemic has endangered children’s health, according to new research.

The time youngsters spend on smartphones, tablets and computers has soared due to lockdowns, reveal the findings.

Vision experts say it increases the risk of a host of conditions – including deteriorating eyesight.

Study lead author Professor Shahina Pardhan, of Anglia Ruskin University, Cambridge, said: ‘It is really important to be aware of the potential risks to children’s short and long-term eye and general health.

‘It is essential that devices are used appropriately and that activities away from digital devices are encouraged, such as playing outdoors.

‘Schools can make sure time spent on digital devices is maximised for learning and less digital time is encouraged for other activities.

‘Governments should work with schools to help shape home-based learning guidelines that encourage creative learning away from devices, including promoting other types of activities and frequent screen breaks.’

School closures sparked an unprecedented move to remote learning, with children and adolescents left to rely on digital devices.

The study, published in the Journal of School Health, found a ‘consistent picture of increased digital screen time’. It is based on a review of research from across the world.

In Canada, nine in 10 parents admitted their children were exceeding two-hour daily limits set by health authorities. In Germany, screen time increased by about an hour a day.

In Chile, it almost doubled among toddlers and pre-school children – to more than three hours. In Tunisia, it more than doubled for five to twelve year olds.

Digital devices have been linked to shortsightedness, eye strain, binocular instability which makes the eyes uncordinated and dry eyes.

The international team also report children and adolescents often use several devices at once. For example, they might browse social media on their phone while watching TV.

It increases strain on the eyes by 22 per cent, as switching distances forces adjustments.

It is also associated with overeating – potentially resulting in obesity and linked disorders later in life such as diabetes and heart disease.

Co author Dr Robin Driscoll, also of Anglia Ruskin, added: ‘We have been very fortunate that children have been able to use technology to fill in for the absence of in person teaching during the pandemic.

‘However, we must be aware of the risks to their physical health as a result of this increased screen time.

‘Through increasing awareness of the risks associated with high levels of digital screen use and sharing strategies to reduce the negative effects, teachers and parents should be encouraged to enhance the health and wellbeing of children and adolescents in the pandemic and beyond.’