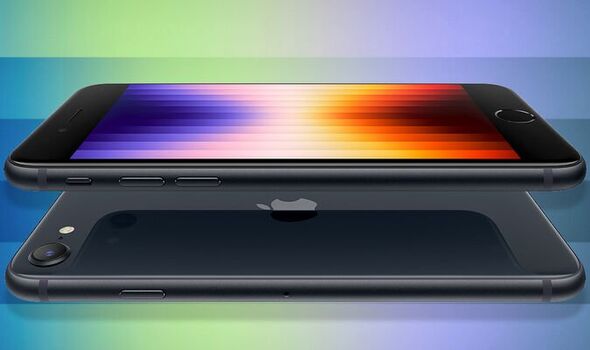 Apple unveiled its third-generation iPhone SE during a keynote streamed from its Apple Park headquarters in Cupertino, California. The new iPhone SE – the most affordable smartphone in the Apple Store – arrives with faster performance, toughened glass to protect the screen, and 5G downloads. It’s available in either Product (Red), Midnight, or Starlight. It starts from £419, which includes 64GB of built-in storage, and maxes-out at £569 for 256GB.

Pre-orders are available today, with the first smartphones shipping on March 18, 2022.

The third-generation iPhone SE can be bought SIM-free from the Apple Store, with Apple offering monthly instalments to those who don’t want to buy the handset outright. Apple also offers trade-in options for those who have an older phones and want to unlock a discount. The iPhone SE 3 will also be available to buy from a number of other high street stores, including John Lewis, Argos and Amazon, but only when the handset launches in mid-March.

The biggest UK mobile networks – like EE, O2, Vodafone, Three Mobile, and more – have also confirmed plans to stock the iPhone SE 3. Express.co.uk has looked through the latest pre-order deals, find the latest prices below…

EE’s iPhone SE deals start from £27 per month which includes 1GB of data and a £90 upfront fee.
Those wanting more internet access can get 40GB for £37 per month or Unlimited for £44 per month.
SEE ALL THE EE DEALS HERE

O2 has the iPhone SE from £27.50 per month which includes 2GB of data plus one month of free Disney+.
Those wanting more internet access can get 30GB of data for £33.49 per month with this deal including six months of Disney+
All of these offers require customers to sign up for a 36-month contract.
SEE ALL THE O2 DEALS HERE

Virgin Mobile has some of the lowest prices on the iPhone SE with things starting from just £18 per month which includes a whopping 30GB of data.
There’s also 100GB for £24.50 and Unlimited for £29.50.
All of these offers require customers to sign up for a 36-month contract.
SEE ALL THE VIRGIN DEALS HERE