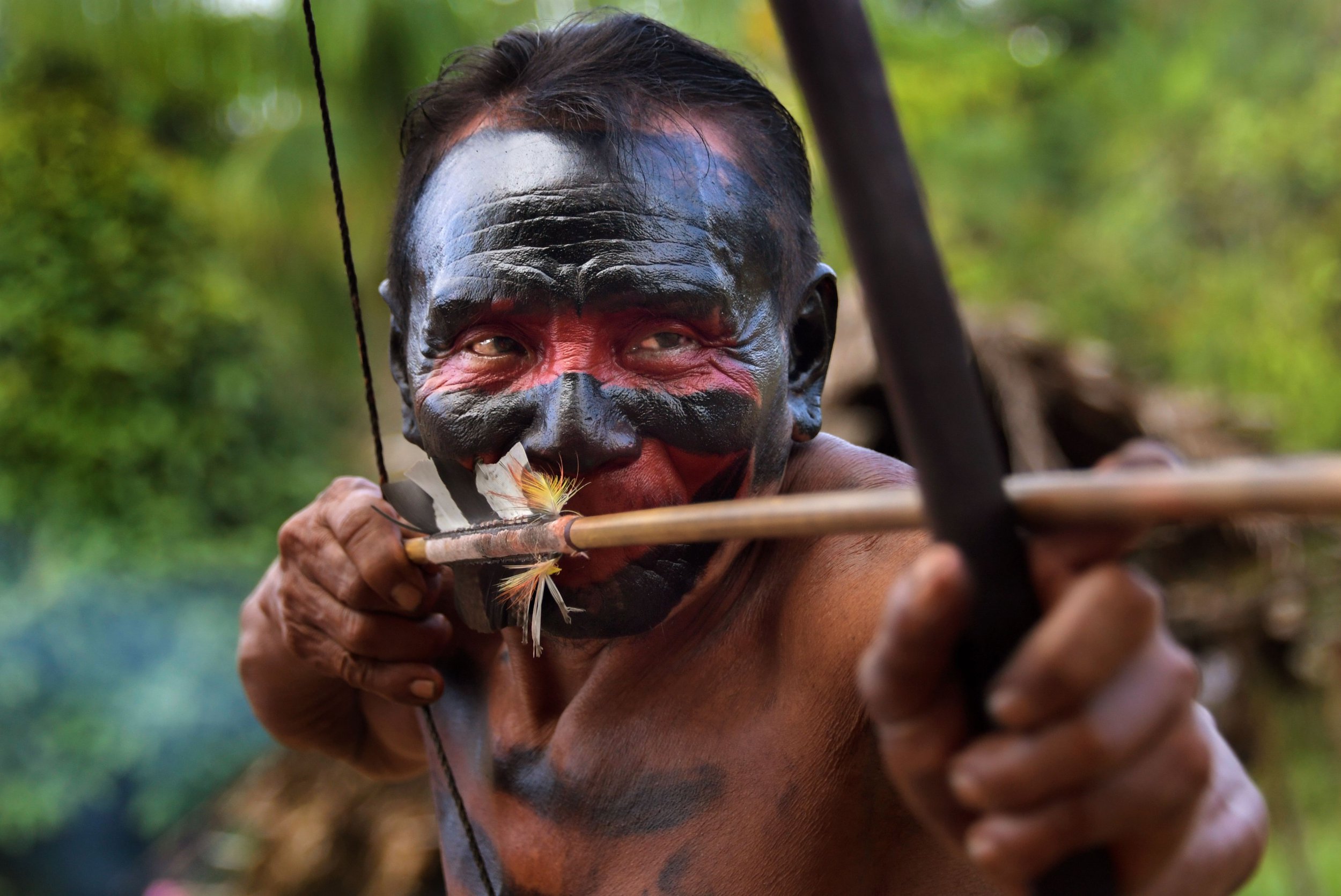 Hardly any indigenous people in the Amazon rainforest get Alzheimer’s and the reasons might help protect us, according to new research.

Only about one per cent of older individuals are affected — less than anywhere else on Earth.

Rates are up to 11 times higher in western countries such as the US and UK.

It adds to evidence that healthier pre-industrial lifestyles are protective, say scientists.

Just six cases were identified among 604 Tsimane and Moseten Indians aged 60 and over. They live in the Bolivian Amazon.

The number of people living with dementia globally is set to triple to more than 150million in the next three decades.

With no cure in sight, there is an increasing focus on reducing the risk of developing it.

An international team — including trained translators and Bolivian doctors — diagnosed dementia and cognitive impairment among the two tribes.

Only five cases of dementia were found among the 435 Tsimanes and one among the 169 Mosetens.

The Tsimane, numbering some 17,000, remain physically very active throughout their lives as they fish, hunt and farm with hand tools and gather food from the forest.

The 3,000 Moseten also reside in rural villages and engage in subsistence agricultural work.

Unlike the more isolated Tsimane, they live closer to towns and have schools, access to clean water and medical services, and are more likely to be literate.

The study authors compared their results to a systematic review of 15 studies of indigenous populations in Australia, North America, Guam and Brazil.

That found dementia prevalence ranging from 0.5 per cent to 20 per cent among indigenous older adults.

The fact that indigenous populations in other parts of the world have high rates of dementia may be due to a higher amount of contact with non-indigenous neighbours.

These dementia risk factors are extremely low among the Tsimane and Moseten populations.

They have the lowest prevalence of hardening of the arteries known to science. Coronary atherosclerosis is caused by a build-up of blood fats that can lead to clots — and a stroke or heart attack.

Another recent study showed the Tsimane experience less loss of the brain’s grey matter than their American and European peers.

In contrast, lifestyle factors in higher-income countries — including lack of physical activity and diets rich in sugars and fats — contribute to heart disease and may also accelerate brain ageing.

Ageing is the most important known risk factor for dementia. But others are modifiable, say the researchers.

He said: ‘We’re in a race for solutions to the growing prevalence of Alzheimer’s disease and related dementias.

‘Looking at these diverse populations augments and accelerates our understanding of these diseases and generates new insights.’

The Amazon is the largest tropical rainforest on Earth. It covers some 40 per cent of the South American continent.

Co-author Professor Benjamin Trumble, of Arizona State University, said: ‘By working with populations like the Tsimane and the Moseten, we can get a better understanding of global human variation and what human health was like in different environments before industrialisation.

‘What we do know is the sedentary, urban, industrial life is quite novel when compared with how our ancestors lived for more than 99 per cent of humanity’s existence.’

Alzheimer’s and other forms of dementia affect more than 920,000 Britons — a figure that will rise to two million by 2050.