He’s best known for being the 46th President of the United States, but now Joe Biden has had a new honour bestowed upon him, lending his name to a new species of extinct vampire squid-like creature.

Researchers from the American Museum of Natural History have named the 10-armed creature, which lived 328 million years ago, Syllipsimopodi bideni.

The team decided to name the new creature after President Biden as their publication was accepted shortly after his inauguration last year.

‘I was encouraged by the plans President Biden put forward to counter anthropogenic climate change, and his general sentiment that politicians should listen to scientists,’ said Christopher Whalen, lead author of the study. 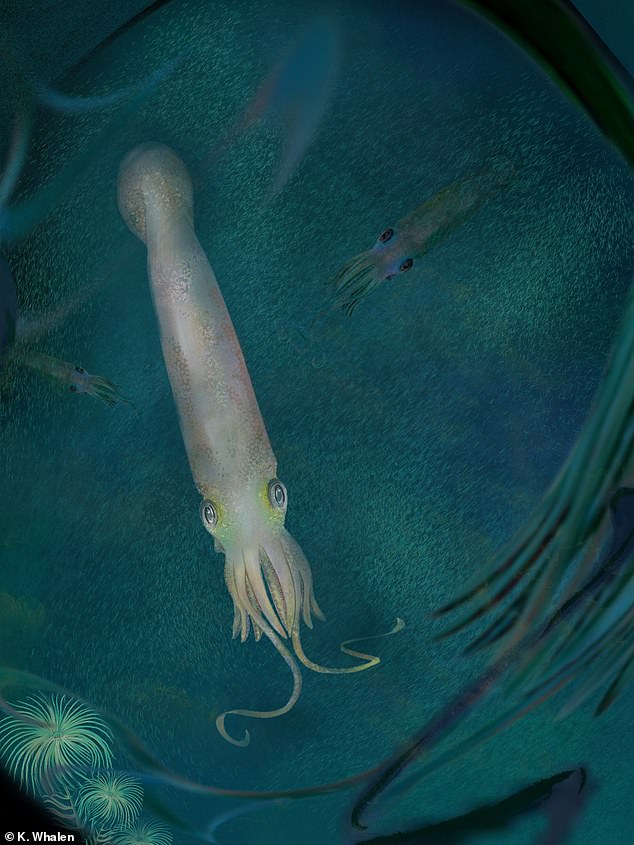 Researchers from the American Museum of Natural History have named the 10-armed creature, which lived 328 million years ago, Syllipsimopodi bideni 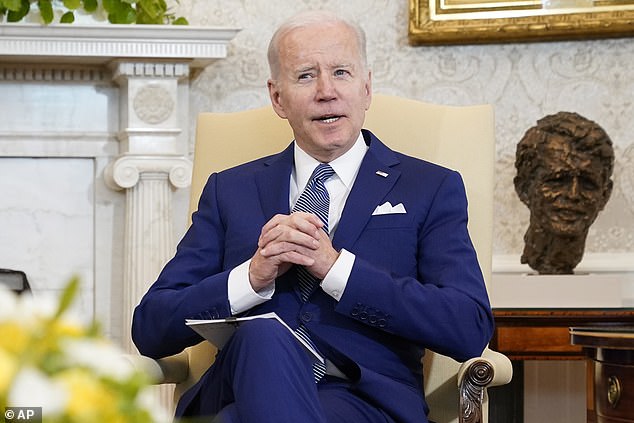 He’s best known for being the 46th President of the United States, but now Joe Biden has had a new honour bestowed upon him, lending his name to a new species of extinct vampire squid-like creature

The fossilised remains of the animal were discovered in what is now Montana back in 1988 but it has only been identified as a new species of vampyropod now.

This group of soft-bodied cephalopods was previously believed to have eight arms, but the new species actually has 10.

‘This is the first and only known vampyropod to possess 10 functional appendages,’ said Dr Whalen.

During their new analysis of the fossil, the researchers found that the species had 10 arms with suckers, and dated back 328 million years – 82 million years older than the previous earliest record.

‘The arm count is one of the defining characteristics separating the 10-armed squid and cuttlefish line (Decabrachia) from the eight armed octopus and vampire squid line (Vampyropoda),’ Dr Whalen explained.

‘We have long understood that octopuses achieve the eight arm count through elimination of the two filaments of vampire squid, and that these filaments are vestigial arms.

‘However, all previously reported fossil vampyropods preserving the appendages only have 8 arms, so this fossil is arguably the first confirmation of the idea that all cephalopods ancestrally possessed ten arms.’

Two of the arms were found to be longer than the rest, while its body was torpedo-shaped, much like today’s squids.

While the second half of its name is in honour of President Biden, the first half – Syllipsimopodi – derives from the Greek word ‘syllipsimos’, for ‘prehensile’, and ‘podi’ for ‘foot.’

‘It is not inconceivable that it might have used its sucker-laden arms to pry small ammonoids out of their shells or ventured more inshore to prey on brachiopods, bivalves, or other shelled marine animals.’

‘Syllipsimopodi bideni challenges the predominant arguments for vampyropod origins and offers a new model for the evolution of internally-shelled cephalopods,’ Dr Whalen concluded.