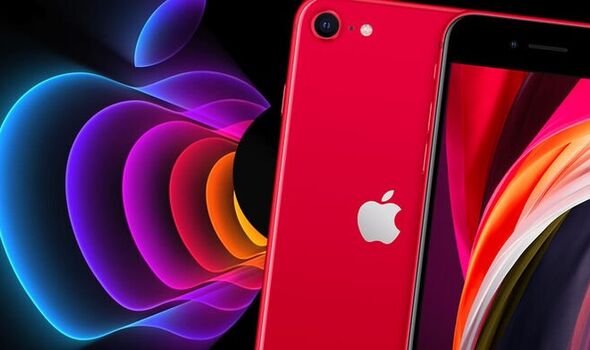 All eyes will be on California tomorrow evening with Apple lifting the lid on its first new products of 2022 and it could be very good news if you fancy a new iPhone but don’t want to pay flagship prices. It’s fully expected that the US technology giant will unveil a reboot to its popular iPhone SE device with this new budget smartphone getting some big new features including an improved processor, upgraded camera and the inclusion of 5G data technology.

Until now 5G has only been available on Apple’s premium smartphones such as the iPhone 12 and iPhone 13 but all looks set to change.

If you weren’t already aware, 5G offers super fast downloads when away from fixed-line broadband with this network technology fully capable of whizzing files to devices at speeds in excess of 300Mbps. That’s fast enough to download a full HD movie in around 4 minutes.

Although Apple hasn’t confirmed that a new iPhone SE will be revealed during its March event, the company has teased the upcoming launch with an invite that uses the tagline “Peek Performance”.

This has got many speculating that the rumours around an iPhone SE 3 are correct and fans will see a much faster but cheaper call maker coming soon.

Right now you can pick up the current iPhone SE for just £389 – which is a bit of a bargain – although it’s unclear if Apple will keep this low pricing the same on the newer model.

Although there could be plenty of new features arriving under the shell of the iPhone SE 3 it’s thought that the design will remain mainly the same.

That means owners will still get the chunky chin and forehead surrounding the 4.7-inch screen along with a Touch ID fingerprint scanner for unlocking the display.

A single rear camera could be placed on the case and it’s unlikely that this device will get any fancy extras such as wireless charging or the latest MagSafe technology.

If an of that news has got you excited then full details will be revealed during Apple’s online keynote with things kicking off at 6PM GMT on Tuesday March 8.

Express.co.uk will bring you full updates about the new iPhone and this device might not be the only product that makes its debut.

It’s thought that Apple could also reveal an upgrade to its popular iPad Air tablet and we might get to see a colourful new MacBook Air revealed as well.

It could be a very exciting evening ahead!