On Saturday, Ukraine’s Vice Prime Minister made a plea for help directly to Elon Musk. Mykhailo Fedorov tweeted to the SpaceX CEO: “While you try to colonize Mars—Russia try to occupy Ukraine! While your rockets successfully land from space—Russian rockets attack Ukrainian civil people!”

“We ask you to provide Ukraine with Starlink stations.”

It was a plea heard by Mr Musk, the richest man on the planet, who confirmed Starlink terminals were being delivered to Ukraine.

This is so that any internet blackout caused by Russian cyberattacks or ground attacks can be patched by Starlink.

The purpose of Starlink is to offer low-latency internet access.

Internet latency refers to the length of time between input commands and output response – more simply, it refers to internet lag, and how quickly internet access is delivered. 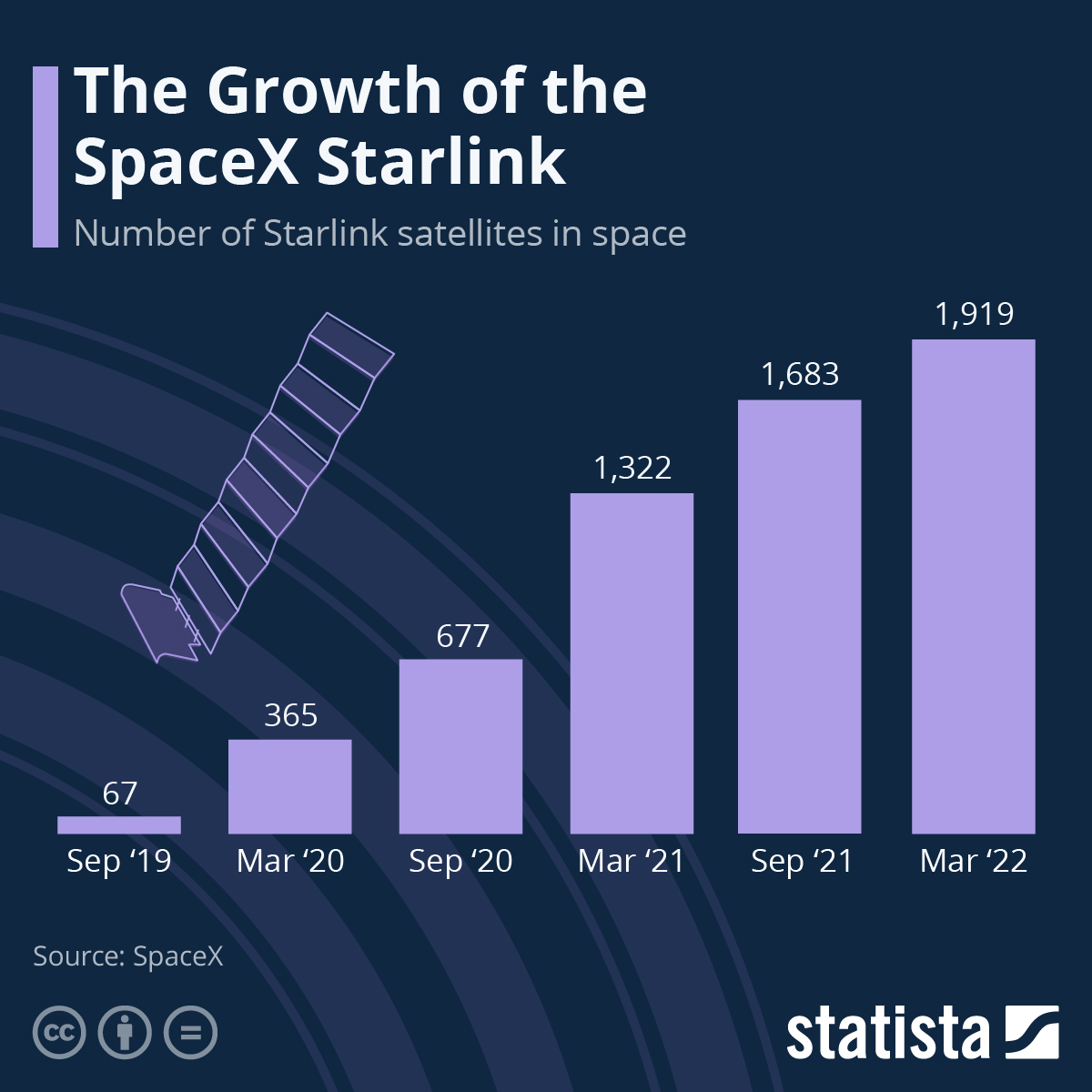 The satellites orbit the planet in Low Earth Orbit – in this case around 550km from the earth’s surface.

The satellites form a network with one another, and communicate with ground-based terminals to deliver internet.

But the system of satellites has proved a thorn in the side for astronomers and astronauts, who claim they cause light pollution and increase the risk of collision for rockets travelling from earth into space due to their low orbit.

They have also been accused of interfering with research, and for an increase in space debris.

DON’T MISS
What can a nuclear bomb do? The catastrophic effects of nuclear war [ANALYSIS]
EU loses €25bn as UK and Switzerland strike OWN ‘alliance’ [INSIGHT]
NASA considering how to keep International Space Station in orbit [REPORT]

How fast has Starlink grown?

Since its launch, Starlink has grown at an incredibly fast rate.

In September 2019, there were just 67 Starlink satellites in space.

And in September 2021, more than a thousand satellites were added to Mr Musk’s roster, taking the total to 1,683.

Overall, Starlink has increased the percentage of satellites orbiting earth by 185 percent.

The company plans to eventually have as many as 12,000 as part of its high-speed internet network.

It currently operates in 29 countries, including Ukraine.

In theory, it is possible for the satellites to offer internet coverage to most of the planet, which is Mr Musk’s aim.

However, in practical terms, this coverage is limited by licensing and contractual agreements.