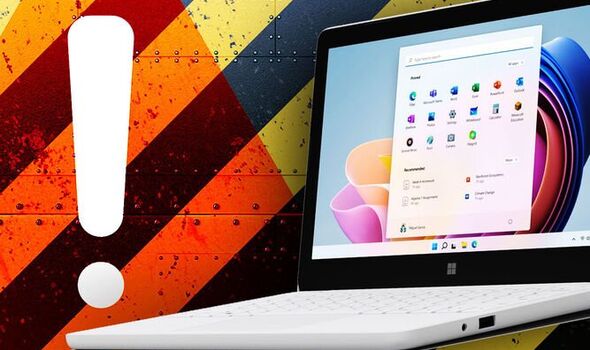 Microsoft is warning millions of Windows users to be careful when trying to clean up their PCs. The US technology giant says it has discovered a bug that affects the option to remove and erase files. It appears that when users try to reset their devices and use the “Remove everything” option, files can still remain on the PC.

It’s a worrying discovery as many Windows fans would rightly believe that everything is wiped once they perform this function. The issue seems to be related to files being synced with cloud services such as OneDrive.

Speaking about the bug, Microsoft said: “When attempting to reset a Windows device with apps which have folders with reparse data, such as OneDrive or OneDrive for Business, files which have been downloaded or synced locally from OneDrive might not be deleted when selecting the “Remove everything” option.”

The firm is now working on a fix but if you are trying to reset your PC and remove all of its data then there are some things you can try to make sure you are not affected by this issue.

• This issue can be prevented by signing out or unlinking OneDrive before resetting your Windows device. For instructions, see the “Unlink OneDrive” section in, Turn off, disable, or uninstall OneDrive.

• This issue can be mitigated on devices that have already been reset by following the steps in KB5012334—Delete the Windows.old folder using Storage sense in the Settings app.

Microsoft says that an upcoming release will mend the bug and the firm will provide more information when it is available.

Along with this Windows reset bug, security experts are warning that they’ve discovered a number of dangerous applications, which were all available via the Official Microsoft Store.

It seems that cyber thieves have turned to this trusted marketplace as users are far less likely to be suspicious of applications that are available to download from the popular platform.

Once installed, these malicious apps are able to unleash the Electron Bot malware onto PCs, which is capable of controlling social media accounts and setting up ad clickers without the owner knowing anything is wrong.

Games designed to bundle the Electron Bot bug include unofficial versions of popular titles, such as Temple Run and Subway Surfer.