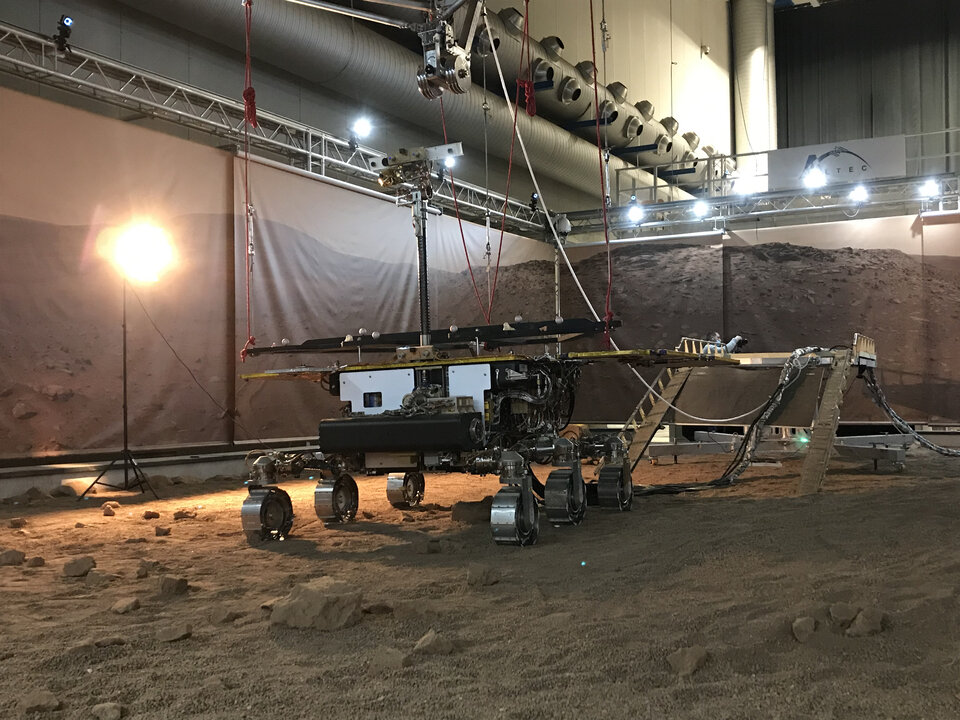 The launch of a joint Europe-Russian mission to Mars this year is now ‘very unlikely’ due to sanctions linked to the war in Ukraine, the European Space Agency (ESA) said.

‘We deplore the human casualties and tragic consequences of the war in Ukraine,’ said the ESA in a statement yesterday.

The agency said after a meeting of officials from its 22 member states that it was assessing the consequences of sanctions for its cooperation with Russia’s Roscosmos space agency.

‘The sanctions and the wider context make a launch in 2022 very unlikely,’ for the Europe-Russia ExoMars rover mission, the agency said.

The launch had already been postponed from 2020 due to the coronavirus outbreak and technical problems.

It was due to blast off from the Baikonur spaceport in Kazakhstan in September using a Russian Proton rocket. Postponing a launch often means waiting for months or years until another window opens when planets are in the right alignment.

The goal is to put Europe’s first rover on the red planet to help determine whether there has ever been life on Mars.

A test rover launched in 2016, crash-landed on the Red Planet, highlighting the difficulty of putting a spacecraft on the planet.

On Saturday, Roscosmos said it was pulling its personnel from the European spaceport in Kourou, French Guiana. Several European satellites have been launched with Russian rockets from there, and more were scheduled over the coming year.

French President Emmanuel Macron said earlier this month that Europe needs a bolder space policy, arguing that its sovereignty is at stake if it falls behind rival powers in a key field for technology, science and military competitiveness.

While Europe has its own rockets to put satellites into orbit, it relies on Russian and American partners to send astronauts into space.

Nasa’s head of space operations said on Monday that the agency is operating the International Space Station with Russian support and input, as usual.

‘Obviously, we understand the global situation, where it is, but as a joint team, these teams are operating together,’ she said.

The US and Russia are the key operators of the space station, which is a partnership of five space agencies. Four Americans, two Russians and a German are currently at the station.

‘We’ve operated in these kind of situations before and both sides always operated very professionally,’ Lueders said.

Nasa astronaut Mark Vande Hei is scheduled to return to Earth at the end of March with two Russians in a Soyuz capsule, and Lueders confirmed that is still on track.

Russia’s capsules were the only way to and from the space after Nasa’s shuttles retired in 2011 and until SpaceX’s first crew flight in 2020.