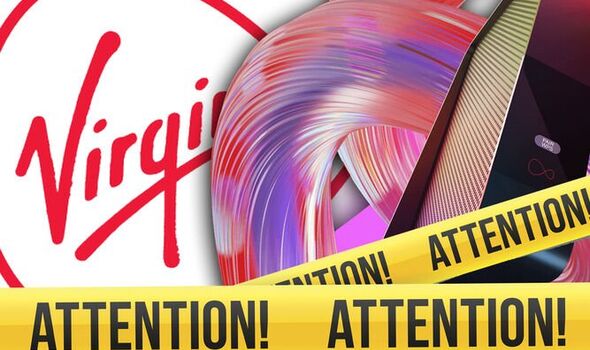 Use Virgin Media? There’s some incredibly bad news coming your way later this week as Virgin Media introduces price hikes for broadband and TV customers. And don’t think this is just a small rise, as Virgin has confirmed that some users will see things going up by as much as £4.70 per month – one of the biggest price hikes in years.

If your contract is being hit by that price rise, you could end up seeing an extra £56 a year being removed from your bank account.

Not sure how much more you’re about to be charged? It’s worth checking your emails as Virgin has now messaged all customers revealing the new fees.

Explaining more, the firm said: “While we recognise a price change is never welcome, with rising costs and our customers using their services more than ever, we are reviewing our pricing to fuel further investment in our network and services, both now and in the future. We’re committed to providing brilliant services and excellent overall value, and consistently give our customers more for their money than anyone else.”

If you’re not tied into a current deal, it’s definitely worth picking up the phone and giving Virgin Media’s customer service a phone call and seeing if there are any deals that could help lower the price again.

Virgin Media only increases prices for out-of-contract customers, those who are tied into a contract will not see their monthly bills change. So, signing up to a new deal will secure lower bills for the 18-month contract that you’ve agreed to.

Broadband companies don’t want to lose customers, so it’s possible that they will try and keep you onboard with a discount or sweetheart deal.

It is worth noting that Virgin Media isn’t the only firm preparing to hike prices this year. BT and Sky have also announced that things are going up. BT has confirmed that bills will jump by a whopping 9.3 percent and Sky will soon start charging more with its broadband plans increasing by £2.50 a month – £30 a year.

Hyperoptic has slashed the cost of its fastest broadband plan to just £35. Compared to its usual £60 a month price tag (that’s about the same as BT and Virgin Media charge for the same speed), this latest sale is an astonishingly good deal. There’s no activation fee and unlimited downloads too!

Usually priced at £35 a month, the latest Flash Sale from Hyperoptic has dropped the monthly cost down to a brilliant £20 a month. Hyperoptic will also throw in free installation and a Wi-Fi router.

If you want basic broadband then you won’t find much cheaper than Hyperoptics 50Mbps. This service is currently just £15 in the Flash Sale which is over £10 cheaper than both BT and Sky