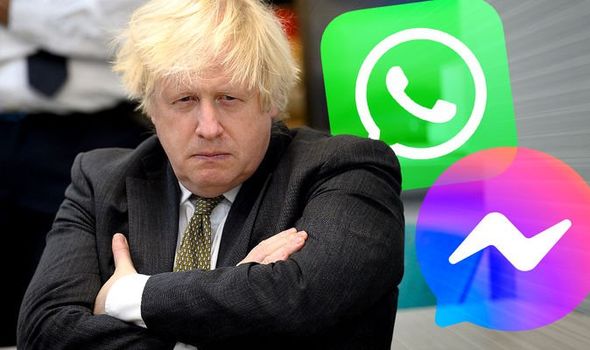 The UK Government is gearing up to launch an ad campaign to try to turn public opinion against end-to-end encryption, which is used by popular messaging services like WhatsApp and iMessage. The campaign, which critics have lambasted as “scaremongering”, is widely-believed to centre on the fact that end-to-end encryption could hamper law enforcement’s efforts to stop child exploitation online. Parents will be encouraged to write a Facebook status addressing Mark Zuckerberg, the co-founder and CEO of the social media platform, about their concerns around encryption.

However, the UK Government hopes to soften up public opinion prior to new amendments to its Online Safety Bill, which would enable Ministers to force multi-national technology companies to install so-called backdoors into end-to-end encryption in messaging apps. This would allow law enforcement to check the content of online conversations and video calls covertly, in the same manner that GCHQ monitors landline calls in the UK, scanning for certain buzzwords that flag the call to be checked by operatives.

According to a Freedom Of Information request filed by Rolling Stone, Downing Street has allocated £534,000 for the campaign.

World-renowned advertising agency M&C Saatchi is believed to have devised a campaign that will include a number of elements designed to make the public feel “uneasy,” according to an internal slideshow. One of the stunts will see adult and child actors together in a glass box, with the adult looking “knowingly” at the child while the glass panels slowly fade to black – visually demonstrating how end-to-end encryption prevents people from being able to see what’s happening within an online interaction. The campaign will accuse encryption of “blindfolding” the Government in its efforts to stop crimes, like child exploitation online.

The internal slideshow, seen by Rolling Stone, seemingly touts that “most of the public have never heard” of end-to-end encryption, which means they’ll be “easily swayed” by the campaign. It cautions the UK Government from starting a “privacy vs safety debate”. Confirming rumours of an upcoming “PR Blitz” around encryption, a spokesperson for the Home Office told Rolling Stone magazine: “We have engaged M&C Saatchi to bring together the many organisations who share our concerns about the impact end-to-end encryption would have on our ability to keep children safe.”

The debate around end-to-end encryption has been raging since 2016, when FBI requested that Apple create a backdoor in their mobile operating system – iOS – to access information on the iPhone of terrorist Syed Farook, one of two gunmen who killed 14 people and injured 22 others in California in December 2015.

Apple refused the request, with CEO Tim Cook penning an open letter explaining the reason for its refusal to comply with the request from the FBI. At the time, then-Prime Minister David Cameron spoke out against end-to-end encryption, warning: “In our country, do we want to allow a means of communication between people which we cannot read? My answer to that question is no we must not. I will make sure it is a comprehensive piece of legislation that makes sure we do not allow terrorist safe spaces to communicate with each other.”

The Online Safety Bill, which is the focus of the latest PR campaign from Boris Johnson’s Government, is the latest attempt by the Conservatives to stamp-out encryption.

For those who don’t know, end-to-end encryption means that everything you send in a conversation is encrypted on your device before it’s sent. Only the intended recipient has the code needed to unscramble the text messages, audio file, video, document, or whatever has been sent. By encrypting the data before it’s sent, chat users can be assured that – even if the data is intercepted by an internet service provider, a Government agency, or the technology company behind the app – the information will not be visible. It prevents oppressive regimes from punishing citizens based on comments they’ve made in private in a chat online and blocks Meta from targeting advertisements based on products you’ve mentioned liking in chats with your loved ones.

While creating a backdoor that only law enforcement could use sounds like a good solution, Apple CEO Tim Cook points out that – once the backdoor has been programmed into the code, hackers and bad actors know there is a way to unlock anyone’s conversations. It might take a little while, but that backdoor will become public knowledge at some point.

“In today’s digital world, the ‘key’ to an encrypted system is a piece of information that unlocks the data, and it is only as secure as the protections around it. Once the information is known, or a way to bypass the code is revealed, the encryption can be defeated by anyone with that knowledge,” Cook wrote in the widely-praised Open Letter back in 2016. “In the physical world, it would be the equivalent of a master key, capable of opening hundreds of millions of locks — from restaurants and banks to stores and homes. No reasonable person would find that acceptable.”

The Apple boss also makes the point that stripping end-to-end encryption from mass-market products like iMessage, the iPhone – or in this case, Messenger and Instagram – would only harm those who rely on this clever software to keep their personal information safe. “Criminals and bad actors will still encrypt, using tools that are readily available to them,” he points out.

Following the revelation from Downing Street, privacy advocates have slammed the campaign. Jake Moore, the former Head of Digital Forensics at Dorset Police – who now runs the campaign Safer Kids Online for security firm ESET, told Express.co.uk: “When the Government suggests that the removal of encryption in fact helps child safety, it fuels the argument that it is damaging. However, it is simply not true and in fact weakens the security and privacy of millions of people and businesses. If large, popular messaging platforms are forced to remove encryption, the criminals that the government are targeting will be savvy enough to use already available alternatives which will not come under the same jurisdiction.

“It may even push the children the government are wanting to protect into using these third party alternatives in the name of privacy and encryption. This endless argument seems to be going round in circles highlighting that security is being completely misunderstood by the government. Without the use of encryption, there are far bigger problems at risk.”

The opening phase of the anti-encryption campaign is expected to launch within days. According to the slideshow viewed by Rolling Stone, the push will appear to be the result of a swell of grassroots action and children’s charities in an effort to downplay any Government role.