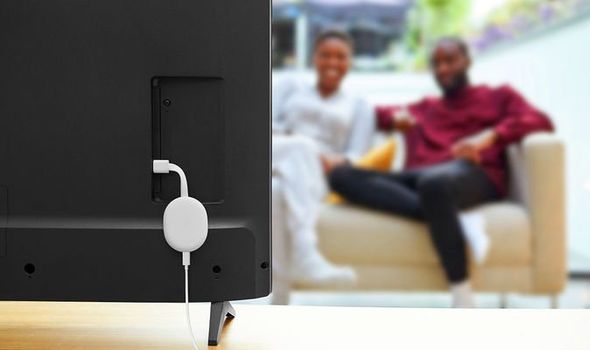 New Chromecast hardware doesn’t come around all that often – three years passed after the second-generation HDMI dongle launched before we saw a successor. However, that could be about to change. Whispers suggest that a new generation of Chromecast is on the way. Codenamed “Boreal” inside Google, the next-generation streaming gadget could launch as soon as this year, blog 9To5Google has revealed.

Chromecast with Google TV was a dramatic shake-up for the Californian company. The streaming dongle, which was released in September 2020, plugs directly into the HDMI port of your telly and brings a new Google TV menu system packed with apps and games. Those who own earlier Chromecast models will know that this isn’t the norm for the line of streaming gadgets – with the first four models all relying on a nearby smartphone to find boxsets, movies or YouTube clips to watch on the big screen. The arrival of a menu makes the Chromecast with Google TV a true competitor to the likes of Roku and Amazon Fire TV hardware, since it allows Google to recommend new television shows and films based on your viewing history.

To use the new menu, Google ships a remote control with its Chromecast with Google TV – another first for the Chromecast hardware series. This follows in the footsteps of rival hardware, with a simple directional pad, volume controls to adjust the built-in speakers in your telly or connected sound system, and a microphone.

Yes, unlike previous Chromecast iterations, you’ll be able to bark requests to the Chromecast with Google TV. Actors, directors, show titles, and more can be searched by holding down the button, but since Google baked in its fully-fledged Google Assistant – you’ll be able to do all of the usual stuff you’d turn to a Google Nest smart speaker to try, including switching on smart lighting, adjusting thermostats, setting timers, and asking general knowledge queries.

With such a long list of changes compared to earlier hardware, it’s difficult to see where Google goes next. 9To5Google, which revealed the existence of the new Chromecast hardware, doesn’t have any details about what is planned to differentiate between the current model. After all, Chromecast with Google TV already supports streaming up to 4K Ultra HD picture quality and HDR. It can also be used to play blockbuster video games via Google Stadia, Google’s game-streaming service.

Some have complained about the modest storage found inside Chromecast with Google TV, so it’s possible this will be a modest under-the-bonnet upgrade. But, as 9To5Google points out, Google doesn’t typically assign internal codenames to such small tweaks. It’s therefore pretty likely there will be something new and exciting planned for Chromecast fans when it launches later this year. Express.co.uk will have more information as soon as it’s available, so stay tuned.

This all-new model arrives with a remote control – a first for the Chromecast series. It boasts voice search functionality and universal volume controls, so you won’t need to worry about reaching for different remotes. You’ll be able to stream blockbuster video games,, like Hitman and Destiny 2, with Google Stadia on the Chromecast.

With its 2x faster Wi-Fi performance for buffer-free streaming, support for Dolby Vision and Ultra HD picture quality, voice search capabilities and AirPlay 2 functionality… and that unbelievable price tag! Roku has apps to access video libraries from both Amazon and Google, so you won’t miss out on streaming anything from the other two companies in this list

Amazon has iterated on the Fire TV Stick 4K with a speedier processor under the bonnet and support for superfast Wi-Fi 6. There are also Alexa-powered voice search capabilities as well as universal volume and power controls on the remote control, which make jumping into your favourite boxset from Prime Video, Netflix, Disney+, Apple TV+, BBC iPlayer even easier!