When the 2023 version of Call of Duty releases, gamers may face an unusual choice; pay $120 to play it on PlayStation, or pay essentially nothing to play it on Xbox or PC if they’re already subscribed to Microsoft’s $11-per-month Game Pass subscription. And that’s assuming it’s released on PlayStation at all.

Microsoft’s incredible announcement on Wednesday that it plans to purchase Activision Blizzard for $US68.7 billion ($95.63) represents the biggest acquisition in game industry history. It will add more than a dozen game studios to Microsoft’s expanding stable, bolster its publishing capabilities across all manner of devices, and greatly increase the value of Game Pass by adding existing games to the catalogue and promising day one access to future titles. 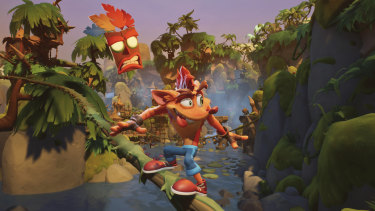 Crash Bandicoot is one of many classic franchises that will be owned by Microsoft after the acquisition.

In addition to Call of Duty, which is the all-time best-selling series of shooter games, Activision also owns a collection of classic franchises going back forty years including Crash Bandicoot, Spyro, Guitar Hero and Tony Hawk’s Pro Skater. The Blizzard side of the equation takes in popular franchises Diablo, Overwatch, Warcraft, Hearthstone and Starcraft. The deal also includes King, the mobile game giant behind the Candy Crush franchise. All of these games and franchises could see new growth under Microsoft.

But along with the substantial benefits comes a few major concerns.

For starters, Activision Blizzard has increasingly become a pariah over recent years. The largest US-based games publisher has been subject to a series scandals exposing a toxic culture and alleging horrific workplace conditions, including a lawsuit brought by the state of California based on evidence of sexual harassment and employment discrimination. 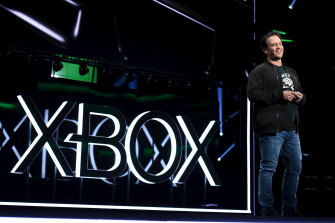 Phil Spencer, head of Xbox, said Activision will be held to high standards.

While Microsoft has a good reputation regarding the health and wellbeing of its teams, the worry would be that it wouldn’t do enough to clean house at Activision following the merger.

Microsoft is obviously limited in what it can say about its plans before the deal closes, which is expected in 2023, but it certainly seems to be giving indications that it intends to turn things around. Microsoft Gaming CEO Phil Spencer said in a statement that the business will report to him once the deal is closed, with a Wall Street Journal report indicating controversial Activision CEO Bobby Kotick is expected to step down at that time.

“Microsoft is committed to our journey for inclusion in every aspect of gaming, among both employees and players,” Mr Spencer said.

“We hold all teams, and all leaders, to this commitment. We’re looking forward to extending our culture of proactive inclusion to the great teams across Activision Blizzard.”

Also included as if to show receipts was a graphic of Microsoft’s gaming leadership team, a slim majority of whom are women, complete with preferred pronouns.

Substantial workplace issues aside, Activision Blizzard’s output of games have also faced challenges in recent years, with players expressing dissatisfaction over the increased focus on microtransactions and gambling. Meanwhile the publisher’s titles have nosedived both in number and critical reception; it published just three new games in 2021, and some of Blizzard’s ongoing games are currently at their lowest player counts in years.

While Microsoft has so far avoided engaging in predatory game design like loot boxes and real money economies, there’s still a question of how to rehabilitate the several Activision Blizzard series that are on a downward trajectory. How do you get players in to existing games while making the absolute most of the studios and classic properties the company owns?

Microsoft’s answer to this is undoubtedly Game Pass. Through the subscription system it can make decades of older games immediately available to more than 25 million players, growing the popularity of long-running series, while also lowering the barrier to entry on new games. Players could potentially jump in and out of the likes of World of Warcraft without worrying about an additional fee, for example. And Game Pass’ distribution across console, PC and mobile (via streaming) also provides opportunities for expansion.

Finally there’s also the question of whether or not this acquisition would constitute an unfair monopoly. The deal will surely be scrutinised by regulators around the globe, given there are only three or four publishers of Activision Blizzard’s size in existence and a few more similar acquisitions could leave us with only Sony, Microsoft and Tencent. 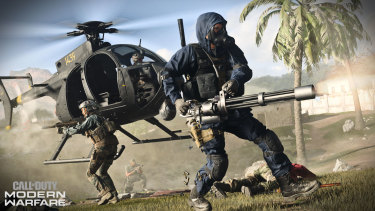 Call of Duty may be exclusive to, or less expensive on, Microsoft’s platforms in the future.Credit:

We can take some guidance in answering this question from Microsoft’s recent acquisition of Zenimax, which at $US7.5 billion was the previous biggest gaming aquisition but orders of magnitude smaller than Activision.

In that case, Microsoft had to play coy on whether games from the likes of Bethesda (Skyrim, Fallout, Doom) would be supported on rival systems until completion of the deal. At that point it loaded Game Pass with more than 20 Zenimax titles, some of which exist on PlayStation but are now much more attractive on Xbox given the low subscription price. It also confirmed that major 2022 games — Redfall from Arkane and Starfield from Bethesda Game Studios — would be only on Xbox and PC.

And yet games from studios Microsoft previously acquired — including Minecraft — are still offered everywhere, and the company maintains that it will support series on systems where they already have big built-in fanbases.

Microsoft is unlikely to have paid close to $100 billion for a business if it doesn’t plan to leverage it for as much value as it possibly can, and the logical conclusion is that most future Activision Blizzard games will only be found on Xbox, PC and whatever devices end up supporting cloud-based Game Pass. But in the case of a juggernaut like Call of Duty, which is tremendously popular on PlayStation, it’s also possible Microsoft will take $120 each from diehard Sony fans while also offering the game as part of its subscription service.