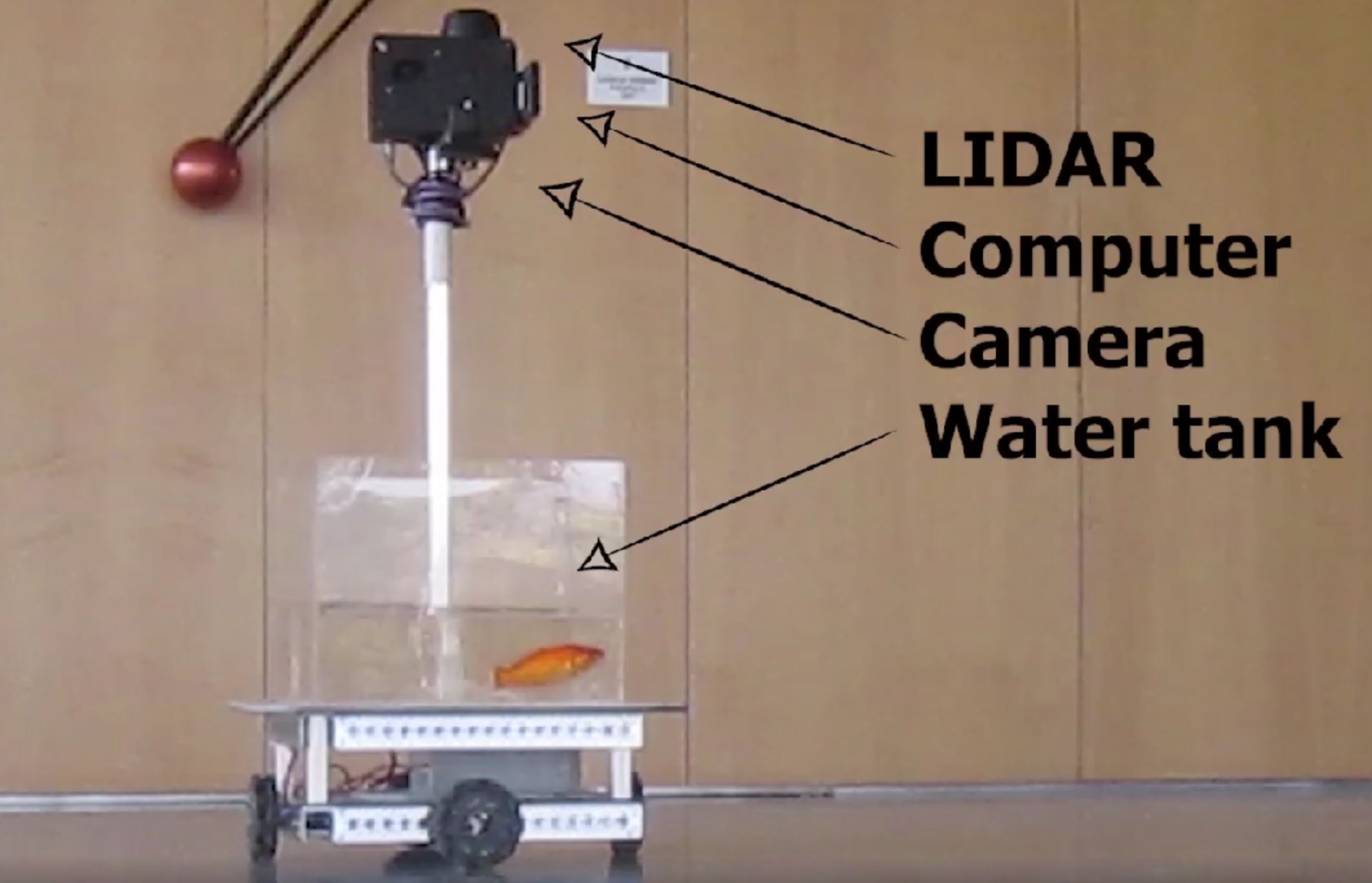 Do goldfish really have just a five-second memory?

This was probably what Israeli scientists were trying to understand when they taught one of them to drive a car.

After all, if the fish can’t remember anything for longer than a few seconds how could it possibly remain in control of a vehicle?

But researchers at Israel’s Ben-Gurion University of the Negev appear to have finally dispelled the long-standing myth.

They trained several fish to control the ‘car’ and successfully navigate on land.

‘The study hints that navigational ability is universal rather than specific to the environment,’ wrote Shachar Givon, a Ph.D. student, in the resulting paper that has been published in the journal Behavoiural Brain Research.

‘Second, it shows that goldfish have the cognitive ability to learn a complex task in an environment completely unlike the one they evolved in.’

He added, somewhat unnecessarily: ‘As anyone who has tried to learn how to ride a bike or to drive a car knows, it is challenging at first.’

So, how did it work?

Well, the team built a ‘fish operated vehicle’ or FOV for short. It comprised wheels under the tank and an intricate camera system to record and translate the fish’s movements into commands.

The fish were tasked with driving towards a visual target – a colourful mark on the wall – which they could see through the glass.

They started out with lessons: encouraging the fish to drive towards the mark in return for a food pellet.

After several days of multiple 30-minute sessions, the scientists concluded the fish were able to navigate themselves towards the target. This happened even if they started from a different location or encountered an obstacle during their journey.

‘The findings … suggest that the way space is represented in the fish brain and the strategies it uses may be as successful in a terrestrial environment as they are in an aquatic one,’ the scientists concluded.

‘This hints at universality in the way space is represented across environments.’

They do maintain that further studies need to be undertaken to ‘reach more decisive conclusions’ but for now it appears to debunk the idea that goldfish can’t remember anything.