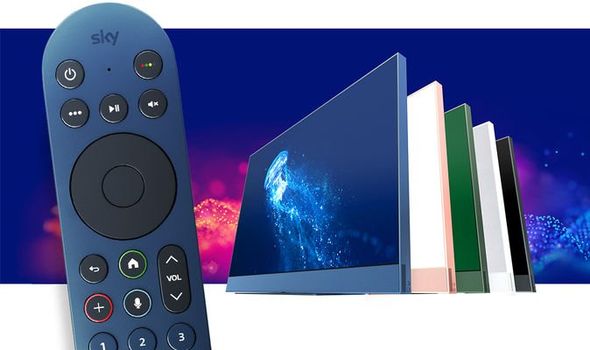 Sky Glass is unlike anything we’ve seen from Sky before. While the satellite company pioneered the ability to pause and rewind live television with the launch of Sky+ back in 2001 and spearheaded Ultra HD and HDR shows, movies and live sport fixtures with the launch of Sky Q in 2016, Sky Glass is a very different proposition. For starters, it ditches the satellite dish on the outside of your home in favour of a Wi-Fi connection – with every terrestrial channel, boxset, football match and movie streamed over the internet instead. It also packs everything you’d usually find in a Sky box inside the television itself. Glass is a custom-designed 4K TV that includes the smarts needed to watch exclusive Sky channels and shows as well as a soundbar and hands-free voice controls.

Express.co.uk had a chance to test Sky Glass last year and was impressed with the redesigned user interface, but wasn’t blown away by the quality of the display. However, Sky has already hinted that new versions of the hardware are in the works (with existing customers able to trade-in their old Sky Glass for a new model, starting a new 48-month lease period, but usually keeping monthly bills unchanged), so here are five things we’d love to see changed in 2022.

MORE LIKE THIS
Best Sky TV Deals For January 2022

Sky Glass has a number of futuristic features – it turns itself on automatically when it senses a presence in the room and it can be controlled using only voice commands from the sofa. However, one thing that’s definitely stuck in the past is the remote control, which requires AAA batteries …just like the first Sky+ box when it launched 20 years ago. Yikes.

We’re all accustomed to recharging our smartphones, smartwatches, games controllers, wireless earbuds, and more. It would be much easier to plug-in a USB charging cable to the Sky Glass remote every few months to top-up the battery, rather than heading out to the shops to buy new batteries. The remote that ships with the Apple TV uses this exact same approach and charges via the same Lightning cable used to charge iPhone and AirPods.

But we’d hope that Sky would go even further and follow pioneers like Samsung, which has offered a solar-powered remote control that never needs new batteries or has to be plugged into the wall for over a year. It recently introduced a new twist on the same concept – a remote that recharges using the Wi-Fi network beamed around your home. It would be brilliant to see the same concept brought to Sky Glass.

With the launch of Sky+, the advert breaks were no longer compulsory viewing. Since then, we’ve all become accustomed to racing through the ads to get back to our movie or television show as quickly as possible. Unfortunately, that could soon be a thing of the past for Sky Glass viewers who don’t want to increase their monthly bills. Yes, subscribing to Sky Glass alone isn’t enough to guarantee that you’ll always be able to skip through the commercial breaks.

Unlike Sky+ and its successors, Sky Glass doesn’t come preloaded with gigabytes of storage, so you won’t be able to record your favourite episodes and movies in the same way. Instead, the Record button on the redesigned remote has been ditched in favour of a new + symbol. Tapping this button will add a show to your Playlist.

Sky Glass – Register Your Interest To Get It First

Want to access all of the same exclusive channels, boxsets and sports as above… but don’t fancy a satellite dish on the outside of your home? Sky Glass is a brand-new custom-designed 4K TV with everything you need to stream the Sky Q experience tucked inside. It only launched mid-October and is incredibly popular, so you’ll need to pre-register to make sure you’re near the front of that queue