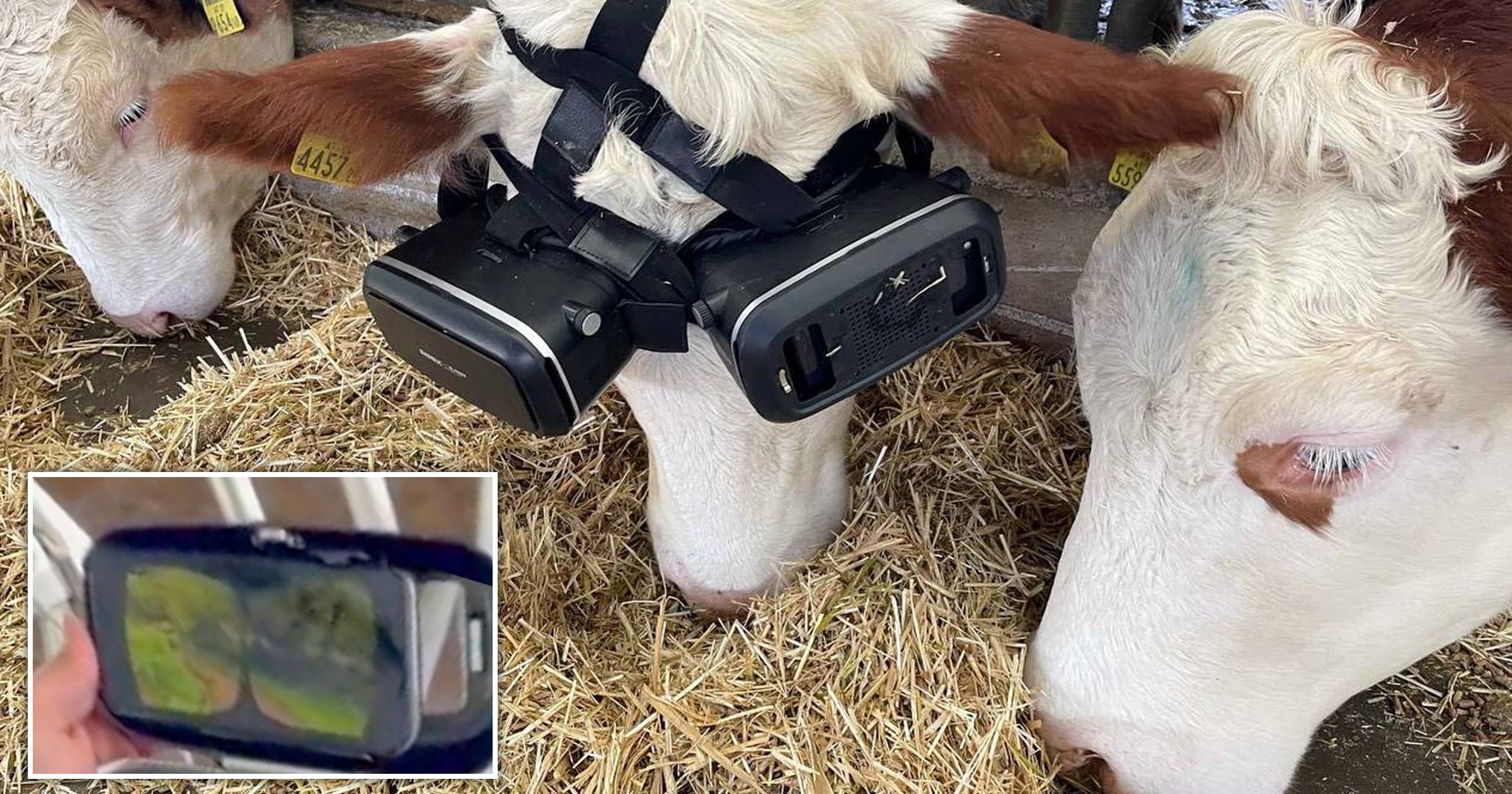 A farmer has turned to virtual reality headsets to make his cooped-up cows think they’re outside in a meadow.

Izzet Kocak, from Turkey, has turned to the high-tech headgear after seeing a study suggesting it makes the cows happier. This, in turn, means they produce more milk.

Kocak says the move is already paying off. He’s given the headsets to two of his cows and noted that milk production went up from 22 litres to 27 litres a day.

And what are the cows seeing through the VR goggles? Apparently, it’s visions of the outside world.

‘They are watching a green pasture and it gives them an emotional boost. They are less stressed,’ he said.

The headsets were developed with vets and first tested on a farm in Moscow.

Farmers worked with developers, vets and consultants at the Krasnogorsk farm near Moscow, to beam the cattle a simulation of a summer field.

To make the imagery work, IT specialists needed to tweak the colour palette in the software to make it suitable to the animal’s unique vision. Cows can’t see red or green – they’re only able to perceive dull shades of yellow and blue.

But the Russian Ministry of Agriculture is convinced the trick does work. In a statement in 2019, officials said: ‘environmental conditions have a significant impact on cow health and, as a consequence, the quality and quantity of milk produced.’

Adding that the headsets: ‘reduced anxiety and improved overall emotional mood in the herd’.

Naturally, photos of the experiment have generated some laughs on social media over the last couple of years, with many people referring to the experiment as ‘The Matrix for cows’.