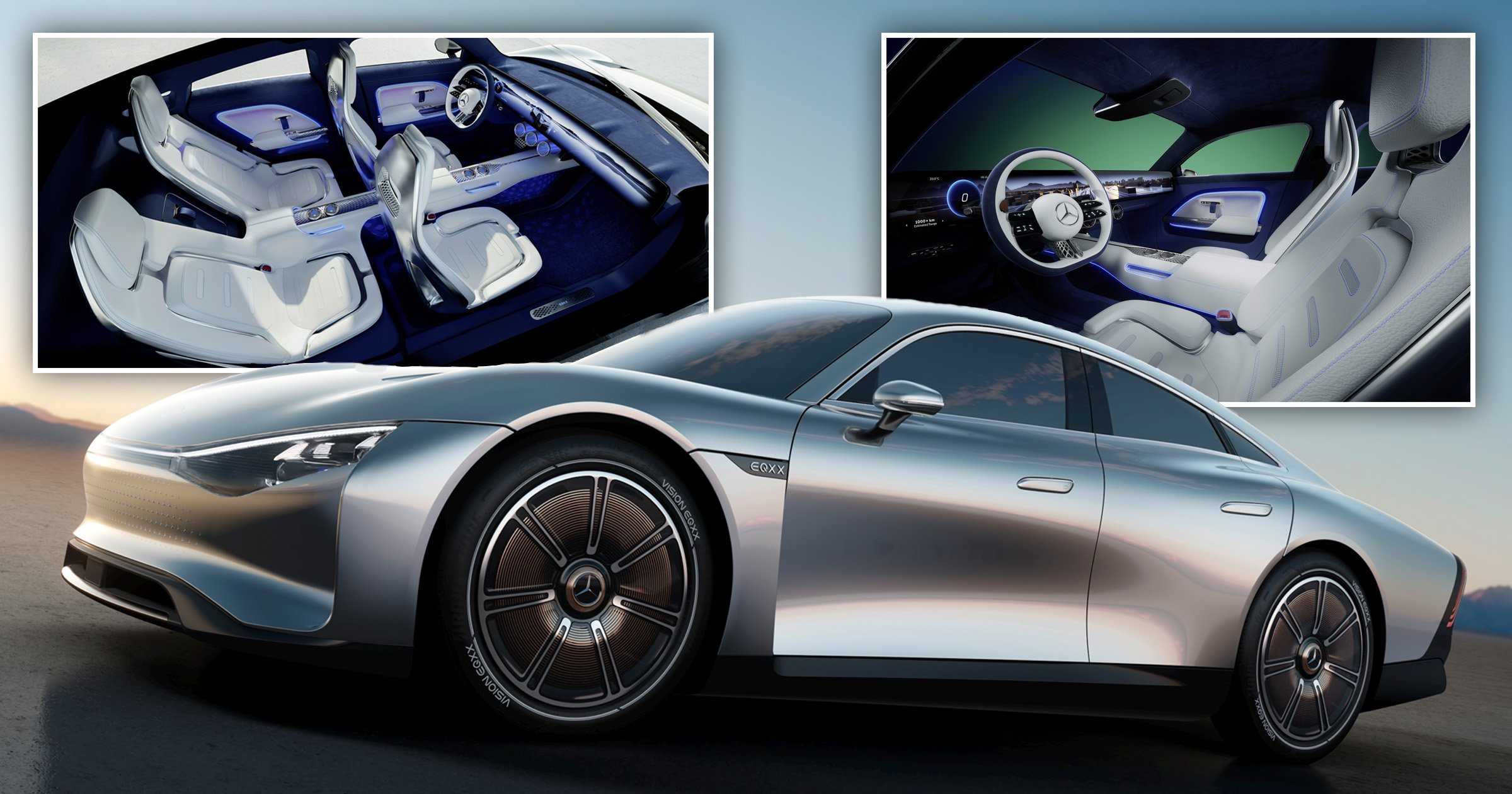 Mercedes has unveiled a new electric concept car which, it claims, can handle 620 miles of distance on a single charge.

The Vision EQXX is described as a ‘road legal research prototype’ and was shown off at the Consumer Electronics Show (CES) in Las Vegas.

Getting 620 miles (1,000km) on a single charge would be a record for an electric car. Currently, Tesla lists an ‘estimated’ 412-mile top range for its latest Model S electric car.

The Vision EQXX then could, theoretically, take you from Land’s End to Edinburgh (566 miles) and still have some power left over. According to Mercedes, the EQXX drives with a consumption of less than 10 kWh of energy per 100 kilometres.

‘The mobility of the future will be measured in efficiency – and against the benchmark of the Vision EQXX, with its energy efficiency of 95%,’ the company said.

‘This means that 95% of the energy stored in the battery reaches the wheels. By way of comparison, a vehicle with an efficient internal combustion engine achieves around 30% and an average human long-distance runner achieves around 50%.’

Battery scientists at Mercedes have been working away to create a power pack capable of storing 100kW in a package 50% smaller and 30% lighter than a comparable battery.

‘Ultra high efficiency will be our goal, as will increased range, at least for a period of time where we have to deal with a challenging charging network for quite some time,’ Mercedes explained.

As well as a specially-designed battery, the car has solar panels on the roof which helps to power all the tech inside its luxury interior.

That includes a huge 47.5-inch LED display stretching across the entire dashboard and boasting a blistering 8K resolution – far nicer than the telly you’ve got in the lounge.

The goal with this concept is range, rather than speed. But if you’re curious, Mercedes says it can do 0-100kph (0-62mph) in seven seconds.

Of course, this is a concept car – so it’s never going to appear in a Mercedes showroom with a price tag on it.

But it’s certainly the case that technology developed for this vehicle will trickle down into future Mercedes EVs.