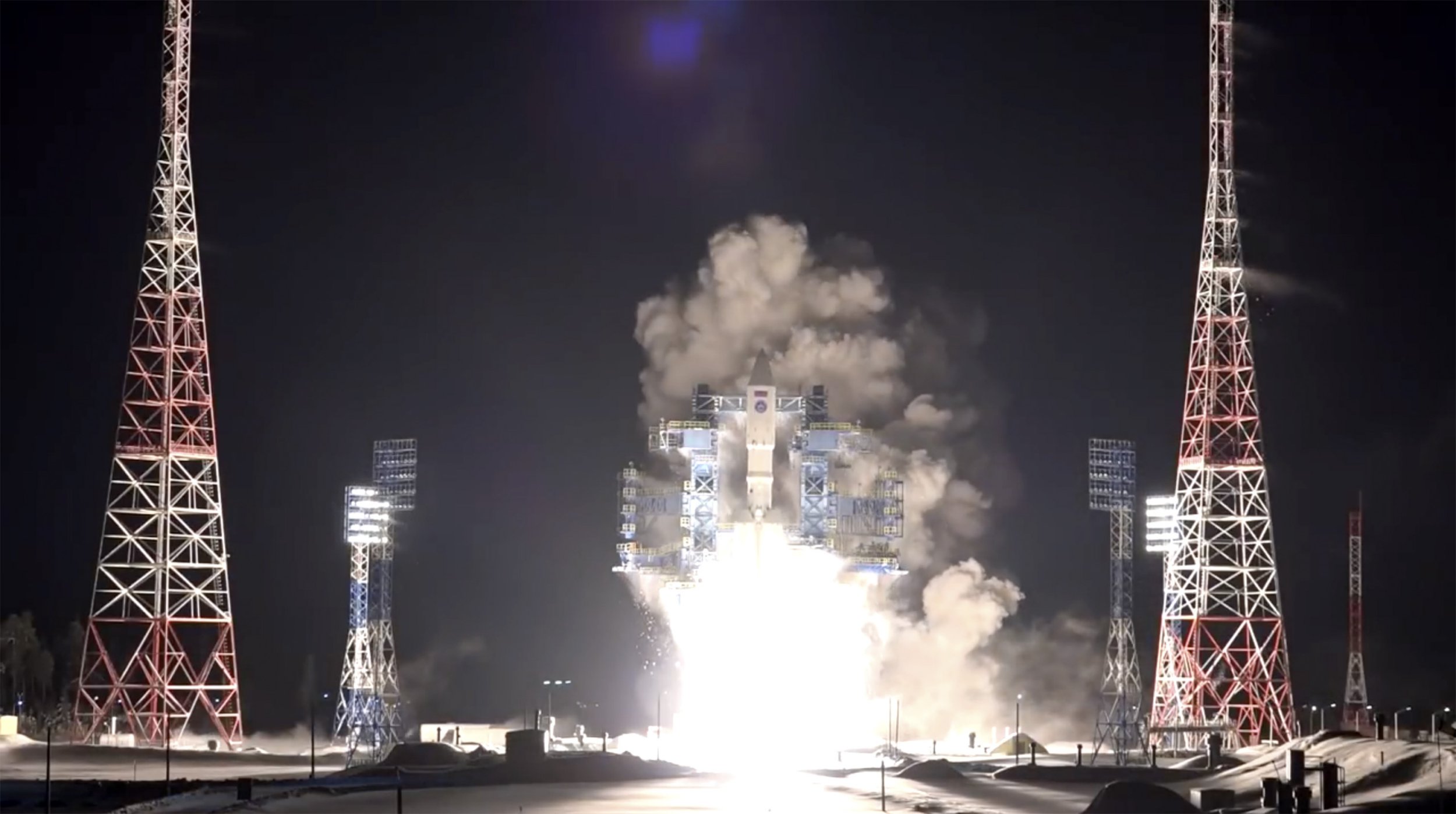 On Wednesday, the upper stage of a Russian Angara A5 heavy-lift rocket crashed, uncontrolled, back to Earth.

It hit the atmosphere over the Pacific Ocean at 9.08 pm GMT.

‘Persei reentry confirmed: 2108 UTC over 121W 14S in the South [Pacific],’ tweeted the astronomer and satellite tracker Jonathan McDowell, who’s based at the Harvard-Smithsonian Center for Astrophysics.

In what was the biggest rocket launch since the fall of the Soviet Union, the heavy-class Angara-A5 rocket, carrying a dummy payload was launched on December 27, 2021, from the Plesetsk cosmodrome in Russia.

After nine days, the upper stage booster failed to enter the Earth’s orbit and was instead pulled back toward the atmosphere by Earth’s gravity resulting in the rocket’s uncontrolled return to the surface.

The debris of the rocket was expected to hit an empty patch of sea east of French Polynesia.

‘I do NOT regard this object as a significant risk,’ McDowell said on Twitter. ‘Reentries for an object with dry mass of about 4 tonnes may see some debris reach the ground, but not much,’

This failure is a setback for Russia that hoped the new launchers would revive the country’s space industry and reduce its reliance on other former Soviet countries.