This week, BlackBerry ended support for its classic phones, meaning many of the cult keyboard-toting devices have been rendered all-but inoperable. That includes 2014’s BlackBerry Classic and BlackBerry Passport, which at only seven years old may seem too young for such a fate. But actually, seven years is about as long as you can expect for a gadget that relies on web services. If you’re wondering what’s next on the chopping block, here are some devices likely to see their sunset soon.

At the same time that the Blackberry Classic and Passport were released, Apple was introducing the iPhone 6, which is itself at risk of being completely left behind. The iPhone 6 and 6 Plus are unable to be upgraded beyond 2018’s iOS 12 software, despite the current iPhones using iOS 15. 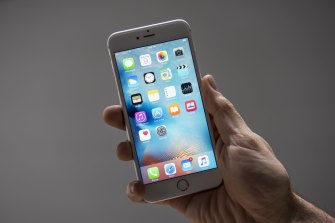 The iPhone 6s is next in line to fall out of Apple’s stable of supported phones.Credit:Bloomberg

This means many new features and apps don’t work, Apple doesn’t officially support the devices, and their security and compatibility with services will continue to degrade over time. With iOS 16 coming this year, it’s possible the iPhone 6S or iPhone 7 could also slip off the supported list.

Android phones tend to be abandoned much quicker, with support for Google’s 2018 Pixel 3 ending this year. Samsung also only updates its phones for four years, meaning the Galaxy S9 might be put out to pasture in 2022.

Of course, the Apple and Android infrastructure still exist, so these phones will continue to make calls and access the internet. The BlackBerry situation is unique in the sense that ending support means being locked out from the internet and mobile networks entirely.

But for older phones that use 3G connections for calls and SMS, oblivion isn’t too far away. Telstra and Vodafone shut down part of their 3G networks in 2019, with Optus to follow in April this year. This affects devices using the 2100Mhz spectrum, including the original iPad and a lot of old Nokias and Samsungs. In the coming years the remaining 3G will disappear (2024 for Telstra, TBA for the others), which will render devices including the iPhone 5 fairly useless.

Samsung’s Galaxy S9 is two Android systems behind and will probably lose support entirely this year, but will still be able to make phone calls.

While comparatively ancient systems like the Super Nintendo still work fine today, more modern consoles rely on online functionality and could be significantly hobbled when support for those services is ended. However, these tend to be supported for a bit longer than phones.

Sony originally planned to start closing online services for its PlayStation 3, a 15-year-old device, last year until an online outcry staid its hand. Microsoft has not announced closures for the similarly aged Xbox 360 at all, meaning both these machines can still download and update games, and connect with your friends. 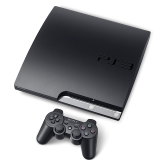 The PS3 is still kicking, for now, but many of its online games are not.

However, very few actual games make it to 10 years with their services intact; many online games for these systems will no longer work. Microsoft’s own Halo games have been an exception on Xbox 360, but those are due to close down this month. While the likes of Halo will continue to be supported through remakes on newer systems, the real victims of these shutdowns will be more obscure games that are rendered entirely unpurchaseable or unable to be played as servers close.

Nintendo is currently dismantling payment services globally for its decade-old 3DS and Wii U systems, so a full shutdown of online services can’t be far away.

This is the year that Microsoft will finally put its foot down and completely end support for its classic Internet Explorer, so it’s long past time to switch to a new browser if you’re still using it. The company has been trying to push users over to its new Edge browser for years, and has faced some resistance, but says it will be all over for Explorer by June.

This is the last year of extended support for Windows 8.1 as well, so any PC unable to upgrade to Windows 10 will be left unsupported and vulnerable. Over on the Mac side, Apple supports new versions of MacOS for three years, meaning support for 10.15 Catalina will end this year. Macs from before 2013 can’t upgrade past Catalina, so will be left behind.

Wearable devices might not seem like something that should be heading for the sunset, as you might only use them to count steps or measure your heart rate, but they do eventually lose support and may stop working as you upgrade your phone. Fitbit has already cut off its 2016 and older devices, so you’d expect to see the 2017 Flex 2, Alta HR and Ionic go next. The Apple Watch Series 3 is currently supported but will likely be dropped this year or next. And if you’re using a less common brand, there’s always the chance it could go the way of the BlackBerry if the company is acquired, goes out of business or changes focus, as happened with the cult Pebble watch.

And finally the death of 3G will be felt in the smart devices space, too, as many low-powered and passively connected “internet of things” products use the network for connectivity, and there are plenty of uncertain grey areas. For example, cellular Apple Watches up to Series 5 support some 4G bands but not the most common ones used by Australian telcos, so could be heavily impacted when 3G goes away.