As the pandemic continued to turn the norm upside down in 2021, the world became even more dependent on technology.

Consumers now don’t think twice about relying on apps to deliver groceries, invest chunks of money or prove their COVID status for travel and even work. The year spawned previously unthinkable ideas.

Non-fungible tokens, “memecoins” and virtual real estate became phenomenons while Bitcoin had an even wilder ride, culminating in El Salvador becoming the first country to adopt it as legal tender.

As technology advances, it is anyone’s guess what craze 2022 might hold. Here are our predictions what to watch out for next year: 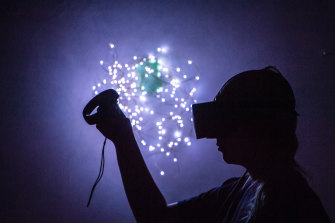 Virtual reality might have been tomorrow’s technology for more than a decade now, but it might finally be on the edge of going mainstream.Credit:AP

Elon Musk’s Tesla has been promising customers self-driving technology since 2014, even including it as an optional upgrade to electric cars prior to launch. The company’s fully self-driving software, Autopilot, is expected to finally hit US roads in 2022.

But it is going to be controversial: beta testers have found the system seems to struggle with unusual road conditions, such as bus lanes, and in some cases even more basic driving. Ready or not, driverless cars look set to accelerate in the year ahead.

After years of fighting against repair shops, Apple surprised the public in November with an about-turn on so-called “right to repair”. The tech giant said it would make its devices’ unique repair manuals and tools more widely available, in a victory for environmental activists who believe that is key for extending their shelf life and cutting down on gadgets’ carbon footprint.

Other device makers are jumping on board. Dell recently showed off its Concept Luna, a laptop that has half the carbon footprint of a normal computer through shedding components and adding modular parts. Expect the sustainability of your next gadget to be a key selling point.

Being able to manipulate a hologram with your fingertips or a screen just by thinking may seem like borderline science fiction, but Big Tech firms are working on this technology.

In November, Facebook – or Meta – revealed a wearable device that would allow people to control a screen or VR headset through the tiniest wrist impulses, picked up via electronic signals.

Musk’s Neuralink, meanwhile, has been exploring how brain implants in monkeys can allow them to control computers with their minds alone. Look out for big research breakthroughs. 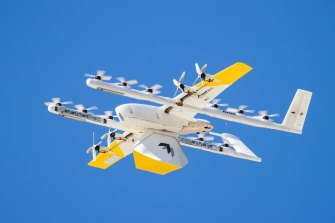 A Wing drone flying over Logan, south of Brisbane.Credit:

Many of us have become used to having our groceries arrive from a delivery app via bike or van without a second thought.

Next year, it may not be a person dropping them off. Drone deliveries have been promised for a while now, notoriously by Jeff Bezos in 2013, but they could now be around the corner. Google’s Wing division has been transporting coffees, takeaways and roast chickens across the Queensland. It made a total of 600,000 deliveries last year and is expanding into the US.

In the Irish town of Oranmore, drones have been dropping coffees off since the middle of this year. And Royal Mail has already trialled drone deliveries of testing kits to the Isle of Scilly. Watch your front door.

OK, so we didn’t predict that 2021 would be the year of the “memecoin”. Sadly for our bank balances, we also did not think the “Shiba Inu” coin, a joke cryptocurrency, would be worth more than $US17 billion ($23 billion).

But we are betting that so-called stablecoins – digital coins that claim to be pegged to fiat currencies such as the US dollar or pound sterling – will be top of the agenda in 2022. The idea behind these controversial tokens is that they provide easy liquidity for cryptocurrency markets because they are so stable.

This time next year, either every central bank is going to be working on their own stablecoins, or we are going to see a wave of bans on these unregulated tokens.

Yes, really. VR might have been tomorrow’s technology for more than a decade now, but it has come on in leaps and bounds in the last few years.

Facebook’s Oculus Quest 2, released in 2020, was perhaps the first mass market VR headset, and each new iteration is becoming lighter and more powerful.

VR has its first hit game in Beat Saber, and increasing non-gaming uses such as the fitness app Supernatural and Facebook’s Horizons Workrooms. Apple is also expected to unveil its own headset this year.

Even if the metaverse hype becomes too overwhelming, VR itself looks like it might be on the edge of going mainstream.

The pandemic ushered in the age of GP appointments via phone or video call. But the hasty rise of virtual consultations may only be the start. 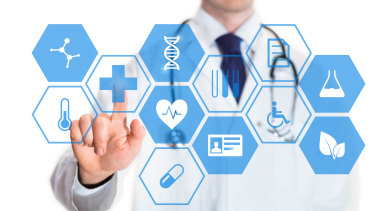 The three-year contract is with the Australian Digital Health Agency, the body that runs the My Health Record system for the federal government.Credit:Alamy

Once we have got used to getting our medical information through a screen, both healthcare providers and start-ups will look at ways of streamlining the process.

That could mean linking health records to wearable sensors such as heart rate or blood pressure monitors, or consultations with chatbots before you can speak to a human doctor.

If we are going to successfully phase out petrol and diesel cars by 2030, as pledged, electric car batteries must get cheaper and more efficient. Part of the problem is the scarcity of lithium, which has led to prices soaring this year. This is unsurprisingly a problem in lithium-ion batteries, which are today’s dominant technology.

But alternatives are emerging. One is sodium-ion batteries, which rely on the much more abundant sodium and could be safer to boot. Chinese battery giant CATL recently announced its first car battery using sodium-ion technology.

If your crypto-loving cousin would not stop telling you about NFTs this year, expect to hear a lot about DAOs in 2022. Decentralised autonomous organisations, as their name suggests, are organisations or companies without any central leader but governed by a set of rules stamped on to its blockchain: the software is at the top rather than humans.

If that makes no sense, don’t worry: neither does the idea of digital art or property in the metaverse. But expect DAOs to be 2022’s crypto buzzword. After a near-miss attempt to buy a copy of the US constitution, a DAO is now organising to raise $US20 million to buy a Superbowl advert.