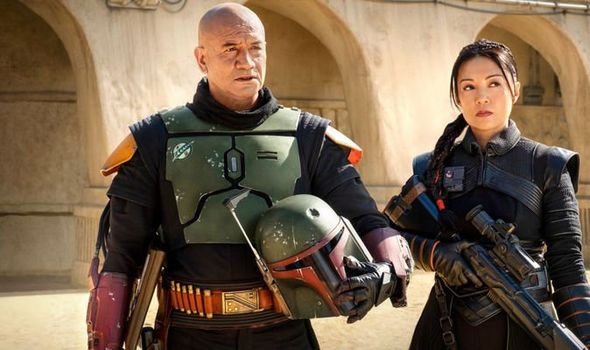 Boba Fett is back. The legendary bounty hunter takes centre-stage in this own series, The Book of Boba Fett, which was teased in the final episode of the second season of The Mandalorian. The Star Wars spin-off will see Temeura Morrison reprise his role as Boba Fett, with Ming-Na Wen returning as Fennec Shand. Matt Berry also stars. Little is known about the direction the show will take – with Disney keeping all details about the plot under lock-and-key.

The first episode of The Book of Boba Fett arrived at 8am GMT (12am PT / 3am ET / 5pm AEDT) today, December 29, 2021. Each subsequent episode will land on Disney+ at the same time every week. The seventh and final instalment in the new series landing on February 9, 2021. The first episode, entitled Stranger in a Strange Land, clocks in at 38-minutes. However, do not expect every episode in The Book of Boba Fett to hit the same time limit, if the series is anything like The Mandalorian, episodes will vary in length depending on what the filmmakers wanted to achieve with the plot of each week’s instalment.

If you want to watch The Book of Boba Fett following its release on the streaming service, you’ll need to have a subscription to Disney+, which starts from £7.99 a month. However, if you want to get the best deal, you can drop that price down if you buy an annual plan upfront. Paying £79 upfront for the next 12-months will effectively drop the monthly cost to £6.65.