An artist whose Instagram handle was ‘Metaverse’ for almost a decade had her account disabled days after Facebook announced its name change to Meta, it has emerged.

Australian Thea-Mai Bauman created the account in 2012 to document her life studying fine art in Brisbane, as well as her trips to Shanghai, where she built an augmented reality firm called Metaverse Makeovers.

She used the handle @metaverse alongside her creative work and had fewer than 1,000 followers when Instagram’s parent company, Facebook, announced at the end of October that it was changing its name to Meta.

Artist Thea-Mai Bauman, whose Instagram handle was ‘Metaverse’ for almost a decade, had her account disabled days after Facebook announced its name change to Meta, it has emerged

What is the metaverse?

Five days later, and having received messages from strangers offering to buy her Instagram handle, as well as one saying: ‘fb isn’t gonna buy it, they’re gonna take it’, Bauman found that her account had been disabled.

A message on the screen read: ‘Your account has been blocked for pretending to be someone else’.

‘This account is a decade of my life and work. I didn’t want my contribution to the metaverse to be wiped from the internet,’ Baumann told the New York Times.

Facebook rebranded its parent company in October and now goes by the name Meta.

Meta refers to the ‘metaverse’, CEO Mark Zuckerberg’s vision for the company’s transition into shared augmented reality, where users work and play in virtual world environments.

The announcement was made as Zuckerberg tried to distance the social media behemoth from mounting scandals after leaked whistleblower documents claimed its platforms harmed users and stoked anger.

But Baumann’s treatment has further enraged critics, some of whom said it illustrated the power and control Meta wields over individual user accounts with its various policies and algorithms. 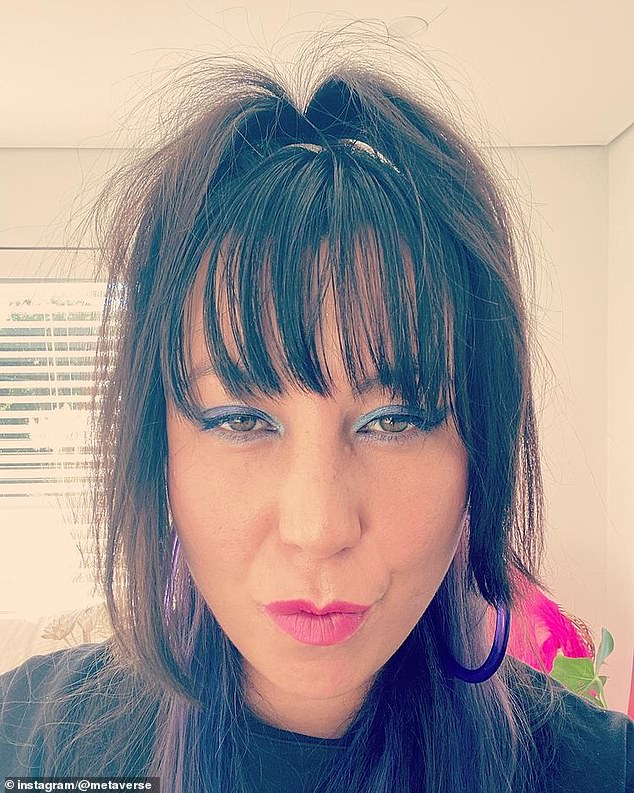 Bauman (pictured) used the handle @metaverse and had fewer than 1,000 followers when Facebook announced at the end of October that it was changing its name to Meta

She added that ‘the @metaverse example highlights the breadth of this power’ and that under Facebook’s policies, users ‘essentially have no rights’.

A spokesman for the social media giant said it had been ‘incorrectly removed for impersonation’, adding: ‘We’re sorry this error occurred’.

No explanation was given as to why it had been flagged for impersonation.

Instagram also refused to answer further questions about whether it was disabled because the account was linked to Facebook’s rebranding.

Meta’s scandals over the years, from selling user data to allowing human trafficking on the site

Meta staff have reported for years that they are concerned about the company’s failure to police hate speech.

Facebook’s algorithms flooded users with extremist content and conspiracy theories based on their political beliefs.

Meta executives knew 32 per cent of girls said Instagram made their insecurities worse, but continues to add beauty-editing filters to the app.

Instagram bombards those who suffer from eating disorders with images and videos of exceedingly thin females and others afflicted with anorexia.

Meta executives knew it was becoming less popular among young people but shielded the numbers from investors.

Apple threatened to remove the app from the App Store over how it failed to police the trafficking of maids in the Philippines.

Facebook ignored or delayed suggestions from its own experts on how to act to curb anti-vaccine misinformation that spread on its platform.

In 2019, the Federal Trade Commission fined Facebook $5 billion for allowing 87 million US profiles to be harvested for information used for political advertising by British firm Cambridge Analytica.

Facebook was accused of facilitating the spread of misinformation during the 2016 US presidential election.

Meta had agreed last Monday to pay pay up to $14.25 million to settle civil claims by the government that the company discriminated against American workers and violated federal recruitment rules.

Last Tuesday in the U.K., the company was fined £50.5 million ($70 million) after failing to provide enough important information to the competition regulator investigating the firm’s takeover of GIF sharing platform Giphy.

Mark Zuckerberg has come under fire for public comments about the company that are often at odds with internal messaging.