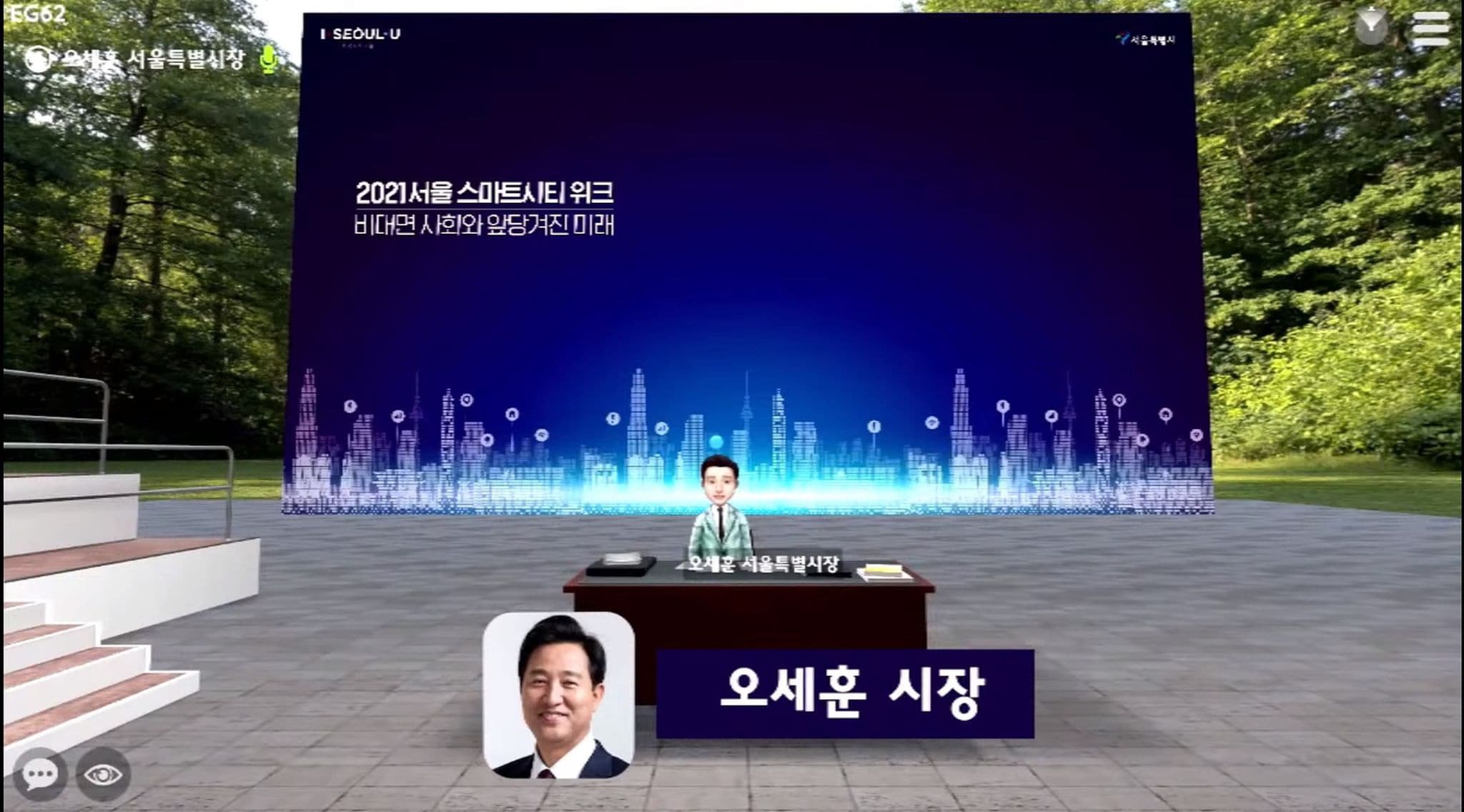 Facebook bet big on the metaverse by changing its name to Meta and now Seoul has become the first city to buy in on the hype.

Seoul is the first local government in Korea to develop a comprehensive long-term plan for a metaverse. The city plans to establish a platform for ‘contactless communication’ by the end of 2022.

‘The fourth industrial revolution, and the explosion of the “untact” culture during corona, demand a change in the way we deliver public service by building a Metaverse Seoul platform,’ said the virtual avatar of Mayor Oh Se-hoon, during a September announcement.

The project is a part of Mayor Oh’s 10-year plan to position Seoul as a global hub for emerging technology. The metaverse project is estimated to cost nearly $34 million over five years.

The project has been tentatively named ‘Metaverse Seoul’ with the objective of creating a metaverse ecosystem for its municipal administration in three stages from next year.

A metaverse is a shared virtual space where we all may be living, working, playing and interacting with one another via virtual and augmented reality devices.

So far the metaverse is limited to virtual gaming platforms but companies like Meta are planning to incorporate it into our lives just like they did with social media. Since the pandemic sped up the use of virtual meeting spaces for work and leisure, plans for a metaverse doesn’t seem so far fetched.

Seoul is set to kick things off this New Year’s Eve with the traditional Bosingak bell-ringing ceremony being held on the metaverse platform.

‘In 2023, the SMG will open “Metaverse 120 Center”, a virtual public service centre staffed by the avatars of public officials,’  said a news bulletin from the government. Consultations and civil services, which was available only at Seoul City Hall will now be shifted to the metaverse.

Seoul’s tourism is also in for a major overhaul with the introduction of a ‘Virtual Tourist Zone’. Starting in 2023, tourists can visit Seoul’s leading festivals virtually in the metaverse.

The virtual tourists will also be able to visit major tourist attractions like the Gwanghwamun Plaza, Deoksugung Palace and Namdaemun Market in the virtual space.

Seoul’s five-year plan for the metaverse will focus on the following areas: economic, educational, cultural and tourism, communication, urban development, administrative, and infrastructure.

The South Korean government has spent the past two decades developing Songdo, a smart city. Seoul is also in the process of developing its own currency, the S-coin.

What will residents do in ‘Metaverse Seoul’?

Residents would also be able to visit cultural heritage sites throughout the city by accessing the metaverse on their cell phones.

Seoul’s metaverse is slated to be completed by 2026 and could roll out in phases starting next year. It would first be available on smartphones and eventually, augmented reality tools, such as goggles and controllers, may be used.

Seoul wants to expand the metaverse to include all areas of its municipal administration and thereby increase the efficiency of government officials by overcoming physical limitations and language barriers to provide public services.

The ambitious plan has glaring concerns like accessibility for older residents, potential security breaches and the high cost.

Just buying the headsets needed to enter this metaverse will cost at least $300 as reported by Quartz.