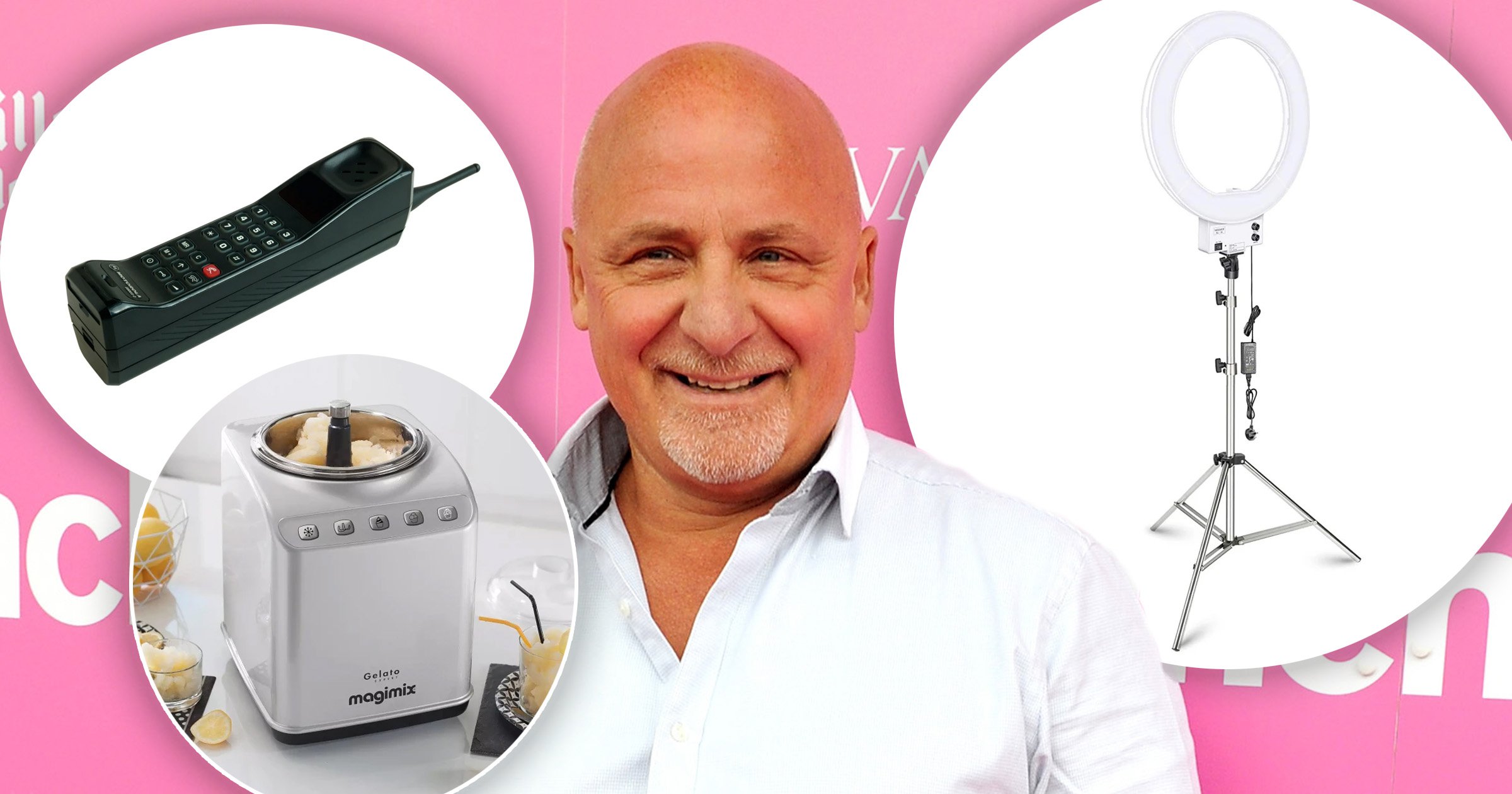 The chef, 65, tells Samantha Rea about his love of silent discos, ‘vanity’ lighting and brick phones.

What tech can’t you live without?

My Magimix Gelato Expert machine. My daughter is 13 and she’s started baking and using all my gadgets, so this is a new gadget I’ve bought her.

It’s easy to use. You just put the ingredients in, it mixes the gelato, then it comes out the other end. It’s foolproof! We can’t live without it because we’re making all this gelato!

If money was no object, what tech would you buy tomorrow?

I’d install my own cinema . My kids are badgering me to do it. I’ve got the room, but investing in the tech is the expensive bit. I’d also love an outdoor screen, so I can watch all my sports in the garden.

What tech might people be surprised to hear you’re a fan of?

I love a silent disco. On New Year’s Eve, in the pandemic, I had a silent disco in my woodland with my wife and children. I used my Bose headphones. It’s a lot of fun – if you’ve never been to a silent disco, you’ve got to go!

Have you ever had a tech fail on television?

Oh yeah, I’ve had loads. I was making pancakes live on BBC1 with Vanessa Feltz, and I forgot to put the gas on. Everybody was shouting and screaming behind the cameras, and making all these horrible signs to me, but I didn’t understand what they were going on about.

So when I poured in the pancake mix, the pan was cold. I had one minute to make a pancake, and I couldn’t do it. This was on Pancake Day! Another time I was on Lorraine, and they gave me a talkback earpiece, so they could talk to me in my ear, but they didn’t switch it on. I over ran by two minutes, because I couldn’t hear them telling me to shut up! That’s atrocious on TV, which is probably why they haven’t invited me back!

The first tech I bought, that I was proud of, was a car phone. I bought a BMW just because it had a phone in it. This was in the 1990s, when they first came out, and the phone weighed two tonnes. It looked like a brick.

I was always on this phone, I showed off to everyone. Whenever I was at a traffic light, I’d lift the handset and talk to people. Even in carparks. I was the man.

Have you made any techy pandemic purchases?

I bought one of those stands you slot your phone in, that light up when you’re doing Zoom. A selfie ring light! I have one from Neewer. It’s the 18 inch light ring because I’m a bit vain when it comes to lighting.

What’s been your most extravagant tech purchase?

A couple of months before the first lockdown I bought myself the iPhone 10. I’d never had an iPhone before. I paid £1,100 upfront, but it was well worth it because I love it and I do everything on it. I lost work to the pandemic, with restaurants being closed, but I’ve been filming cookery classes on my phone.

I want to upgrade to the iPhone 12 but I’m scared because I’ve forgotten all my passwords. I can’t go through the stress of setting everything up on a new phone!

Taste the Italian Christmas menu at Casa Zilli. Take away or eat inside a heated Christmas igloo. Bookings at casa-zilli.com Follow @casazilli on Instagram.