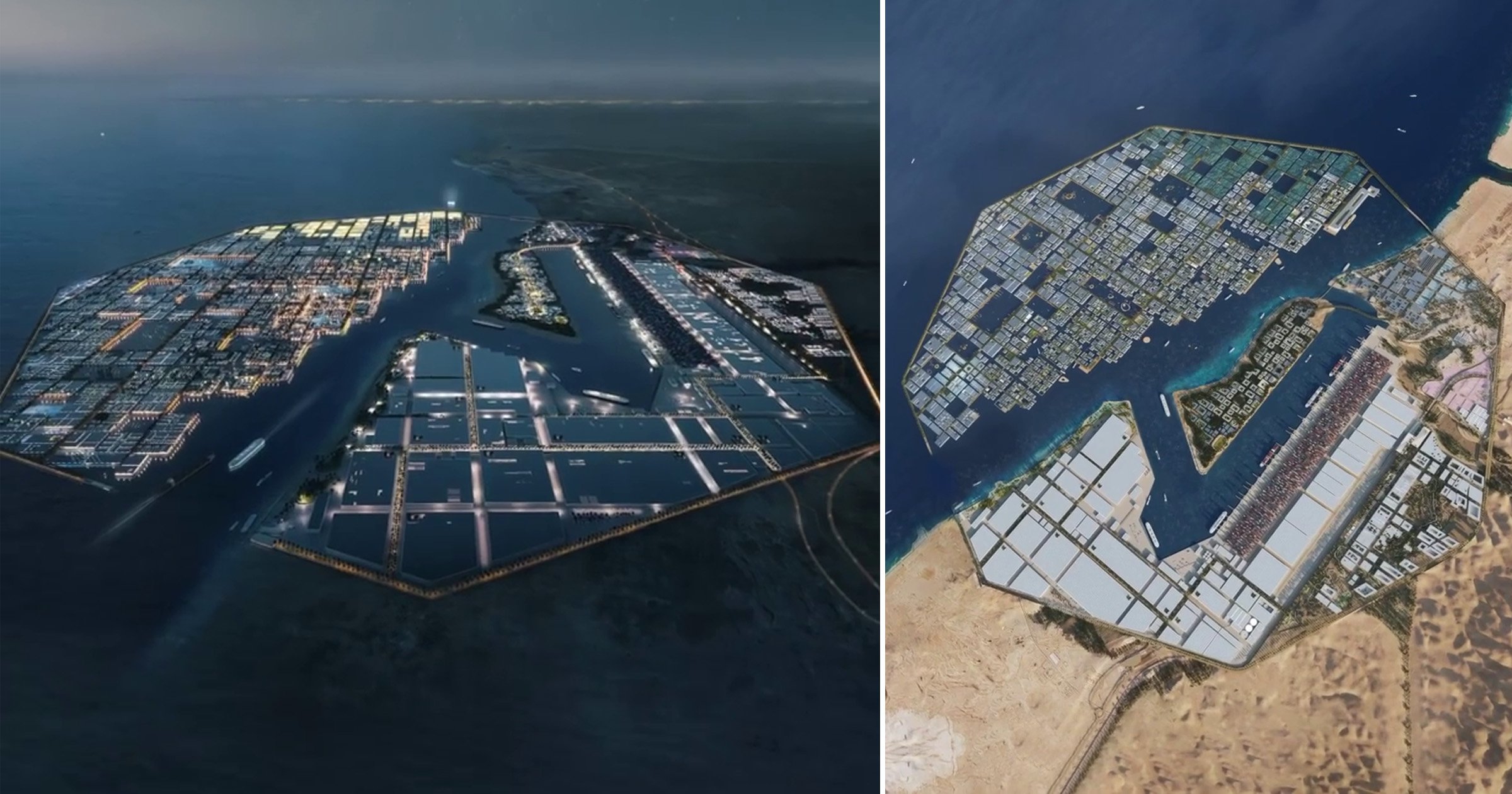 Saudi Arabia has announced plans to build an eight-sided city that will float on the Red Sea.

The proposed construction has been named Oxagon and is set to be built on edge of Neom, a new $500 billion city. Oxagon is the next phase of Neom’s strategies of redefining the way humanity lives and works in the future.

‘Oxagon will contribute to redefining the world’s approach to industrial development in the future, protecting the environment while creating jobs and growth for Neom,’ said Saudi’s Prince Mohammed bin Salman.

In January, he announced ‘The Line’, a 170km belt of hyper-connected future communities, free of cars and streets where residents would have their daily needs within a five-minute walk.

The seaside corner of northwest Saudi Arabia where Neom is situated was previously a barren wasteland.

However, Prince Salman chose this spot of the desert for his $500 billion city-state to attract the ‘world’s greatest minds to the world’s best-paying jobs in the world’s most livable city’.

With robots and AI at its centre, Oxagon will be the world’s first fully-integrated port and supply chain ecosystem for Neom.

Its ideal location on the Red Sea, close to the Suez Canal, through which approximately 13% of the globe’s trade passes, will give the futuristic port an unparalleled advantage.

‘Oxagon will be one of the world’s most technologically advanced logistics hubs with state-of-the-art integrated port and airport connectivity,’ said Nadhmi Al-Nasr, the CEO of Neom.

The new plans are part of Prince Salman’s ambitious Vision 2030 plan to wean Saudi Arabia off its oil dependency and transform the country into a tech hub like Silicon Valley.

It also includes plans for flying drone taxis, a Jurassic Park–style amusement park with robotic dinosaurs, and the highest density of Michelin-starred restaurants in the world, according to The Wall Street Journal.

‘Neom is an accelerator of human progress and a vision of what a new future might look like,’ according to a release from January.

The transformed desert city will also have cloud-seeding machines, the world’s largest coral garden, glow-in-the-dark sand, and a giant artificial moon that lights up nightly.

Powered by wind farms, solar power, and cutting-edge technology that transforms water into oxygen and hydrogen for fuel, the 16-borough metropolis will be the planet’s largest carbon-free system.

Oxagon is set to welcome industrial pioneers beginning in 2022 in addition to 1,500 Neom employees already working and living on site.

Officials say that Neom is still being designed around tech that doesn’t exist yet but construction, which was originally supposed to start in the first quarter of 2021, has just taken off.

The next step will be to get the city-state declared a ‘free zone’ with different laws than the rest of Saudi Arabia which Al-Nasr believes will happen early next year.