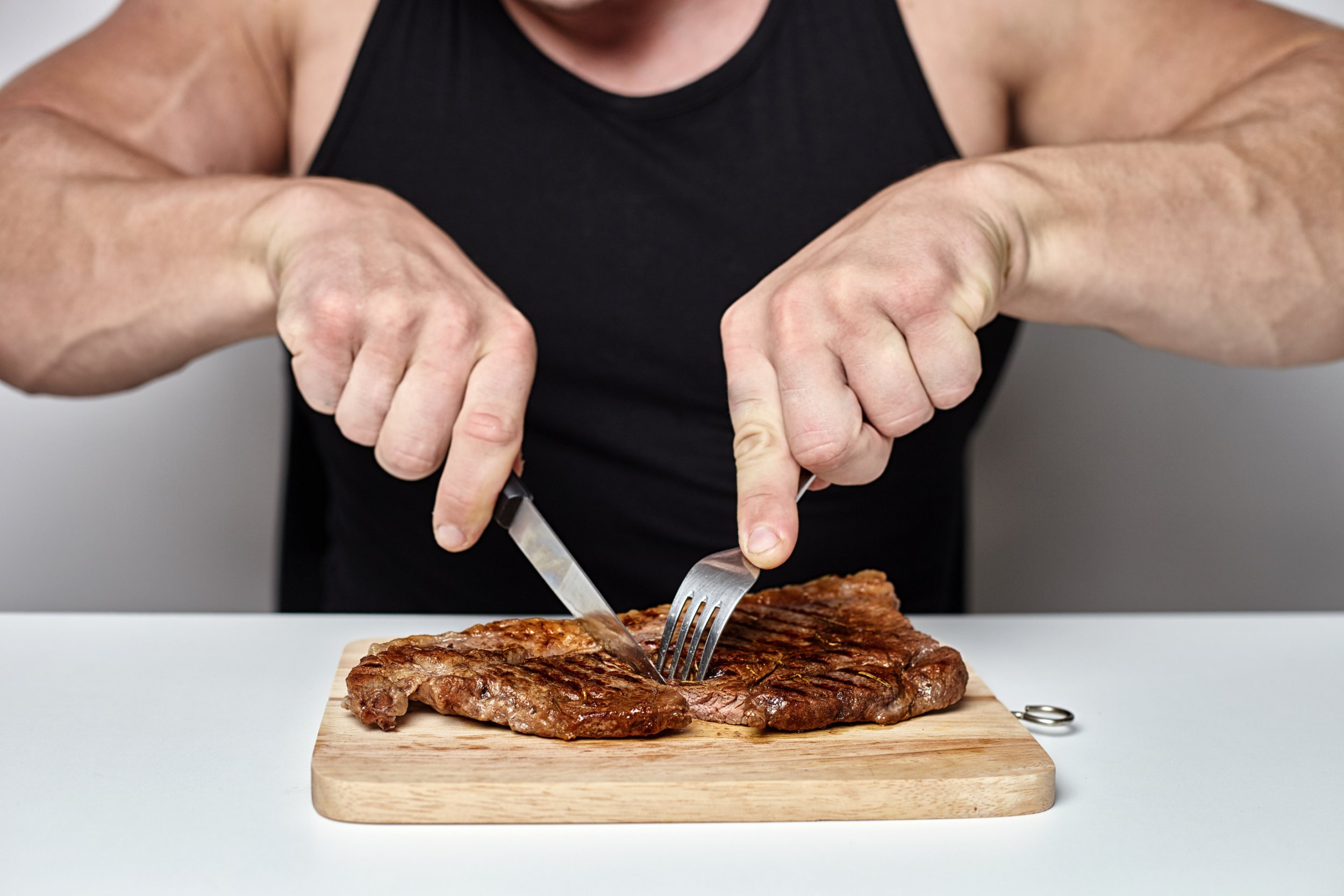 Men may have more to answer for when it comes to global warming than women, according to new research into the average UK diet.

A study conducted by nutritionists at the University of Leeds found men’s meat-rich diet resulted in 41% higher greenhouse gas emissions than women’s.

The researchers looked at the emissions produced in the manufacture of over 3,000 individual foodstuffs, alongside an analysis of the diets of 212 UK adults over three 24-hour periods.

They found almost half of the food intake consisted of animal products: 31% came from meat while 14% came from dairy. Additionally, Drink caused 15% of emissions and 8% came from cakes, biscuits and confectionery.

With food production responsible for a huge part of global greenhouse emissions, the decisions about what we put on our plates have big repercussions.

‘We all want to do our bit to help save the planet,’ said the scientists, led by nutrition expert Holly Rippin.

‘Working out how to modify our diets is one way we can do that. There are broad-brush concepts like reducing our meat intake, particularly red meat, but our work also shows that big gains can be made from small changes, like cutting out sweets.’

Dr Rippin explained the research did not assess why men ate more meat.

The researchers also found those subjects whose carbohydrate, saturated fats and sodium intakes fell within World Health Organization recommended levels tended to have lower greenhouse gas emissions than those who did not.

Healthier diets had lower greenhouse gas emissions, demonstrating consistency between planetary and personal health,’ the researchers concluded in the study, which was published in the journal PLOS One.