A device has been created to allow dogs to video call their owners.

The system, dubbed DogPhone, works when a pet picks up and shakes a ball fitted with an accelerometer.

When the accelerometer senses movement, it prompts a video call on a screen connected to the device.

The new invention, believed to be the first of its kind, is the brainchild of University of Glasgow’s Dr Ilyena Hirskyj-Douglas, her 10-year-old labrador, Zack, and colleagues from Aalto University in Finland.

The team behind the pet-friendly invention said the DogPhone could help address the separation anxiety of pets who have grown used to having people at home during the coronavirus pandemic.

Dr Hirskyj-Douglas, who is a specialist in animal-computer interaction at the university’s School of Computing Science, said: ‘There are hundreds of internet-connected ‘smart toys’ on the market that dog owners can buy for their pets.

‘However, the vast majority of them are built with the needs of dog owners in mind, allowing them to observe or interact with their pets while away from home.’ 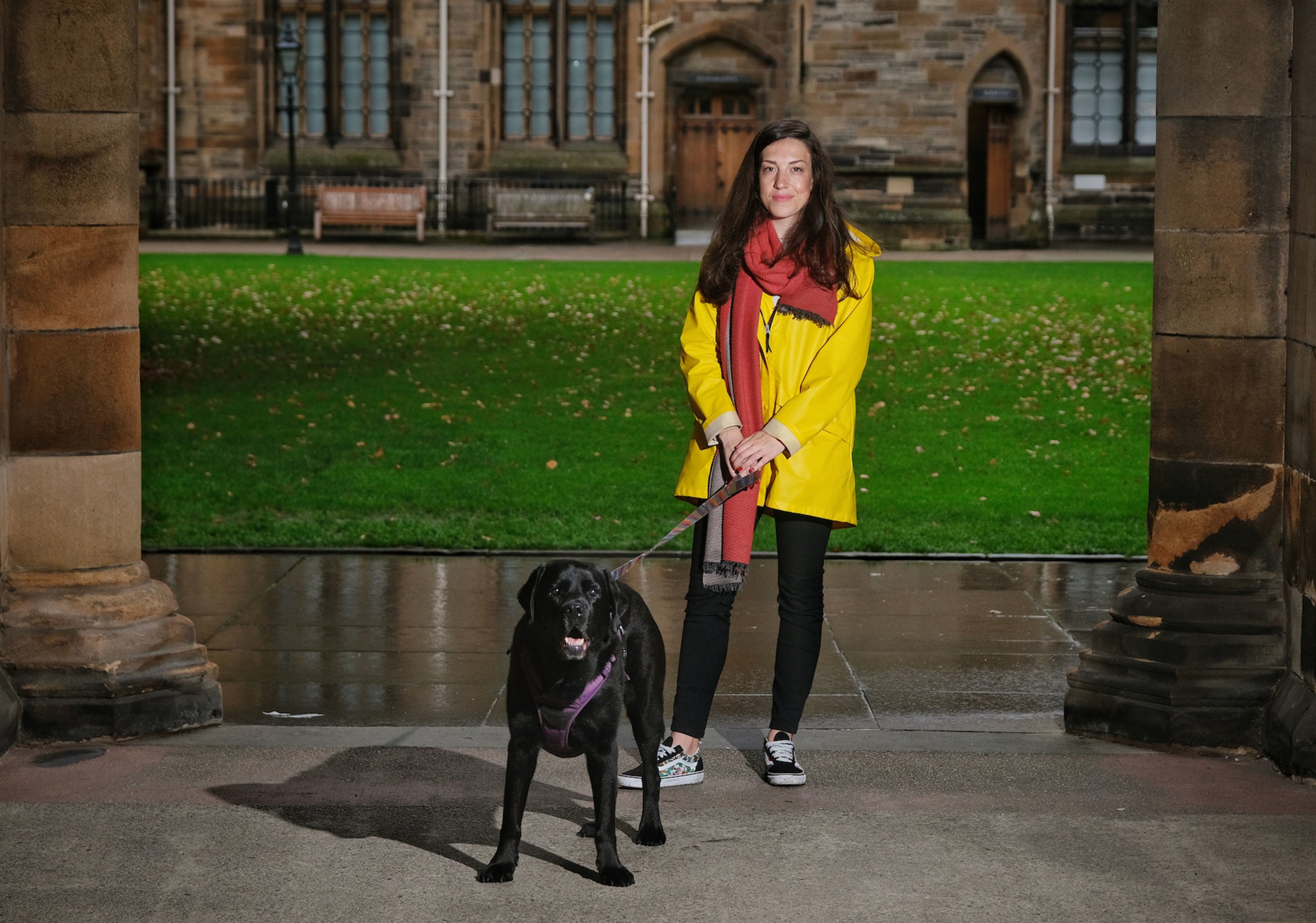 ‘Very few of them seem to consider what dogs themselves might want, or how technology might benefit them as living beings with thoughts and feelings of their own.’

The results of Zack’s interactions with a prototype DogPhone, which is still undergoing further experiments, are the focus of a new research paper at the 2021 ACM Interactive Surfaces and Spaces Conference in Lodz, Poland.

In a trial, Zack called Dr Hirskyj-Douglas by picking up and shaking a ball fitted with an accelerometer, which prompted a video call on a laptop in her living room.

‘What I wanted to do with DogPhone was find a way to turn Zack from a ‘usee’ of technology, where he has no choice or control over how he interacts with devices, into a ‘user’, where he could make active decisions about when, where, and how he placed a call,’ she said.

After several demonstrations of how the ball could be used to start a video call, Zack was given the toy to play with for 16 days spread over a period of three months.

While Zack made some ‘accidental’ calls when he slept on the ball, researchers said several of the calls involved the dog showing his owner his toys and approaching the screen, suggesting he wanted to interact with her.

Dr Hirskyj-Douglas responded using her phone to show Zack her environment, including her office, a restaurant and a street busker, during which the dog pricked up his ears and approached the screen.

Dr Hirskyj-Douglas said: ‘Of course, we can’t know for sure that Zack was aware of the causal link between picking up the ball and making a call, or even that some of the interactions which seemed accidental were actually unintended on his part.

‘However, it’s clear that on some occasions he was definitely interested in what he was seeing, and that he displayed some of the same behaviours he shows when we are physically together.

‘One unexpected consequence of the experiment is that I sometimes found myself unexpectedly anxious when I placed a call to Zack and he wasn’t in front of the camera or he didn’t approach the screen.

‘I hadn’t considered that this might be a consequence of the two-way communication that DogPhone creates, and it’s something to consider for the next iteration of the system.’

She said the device could help ‘pandemic puppies’ – dogs acquired during Covid lockdowns – to find new ways to deal with the stress of being home alone as their owners return to work.