Tesla may be the world’s most valuable automaker, but a new ranking from Consumer Reports finds the Elon Musk-founded firm is also one of the most unreliable brands.

Consumer Reports, a nonprofit organization that evaluates products and services, said Tesla ranked 27th out of 28 in reliability.

Jake Fisher, Consumer Reports director of vehicle testing, said Thursday during a presentation to the Detroit Automotive Press Association that the Tesla Model Y SUV, the company’s best-selling vehicle, has problems with poorly fitting body panels, leaks and issues with its climate control.

Topping the chart is Lexus with the GX SUV, but Ford’s Lincoln luxury brand finished last of the 28 brands ranked by Consumer reports. 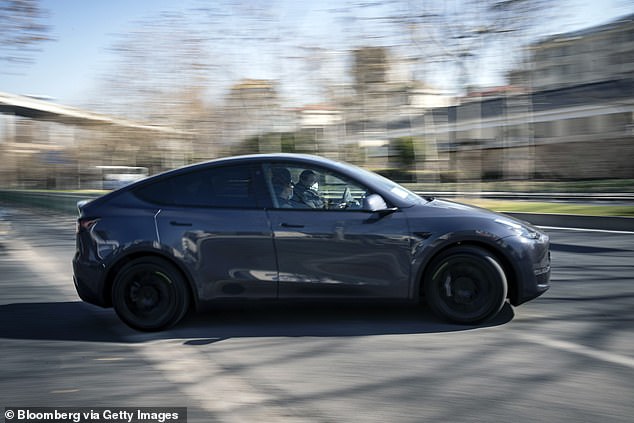 Tesla may be the world’s most valuable automaker, but a new ranking from Consumer Reports finds the Elon Musk-founded firm is also one of the most unreliable brands. Pictured is a Model Y

Fisher notes that all electric SUVs are somewhat unreliable, as they are packed with the latest technology that are prone to glitches.

‘By having all of these new technologies saddled into these early adopter-mobiles, there are more problems associated with them.’

However, as companies work to rid EV features of bugs, the electric vehicles will likely surpass gas-powered models in reliability. 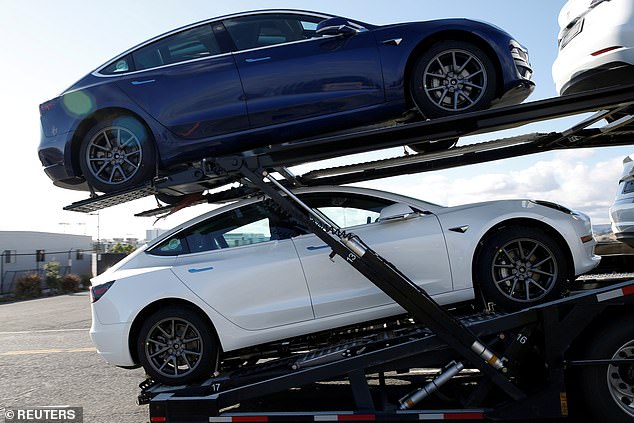 Consumer Reports, a nonprofit organization that evaluates products and services, said Tesla ranked 27th out of 28 in reliability. Only the Model 3 (pictured) was rated with an ‘average’ reliability score

‘The whole market is going towards a full EV fleet. We’re very interested to see what this means in terms of reliability,’ Fisher told CNBC.

The annual ranking uses data from more than 300,000 vehicles to provide reliability scores for major brands and individual vehicles.

If a vehicle is redesigned during that three-year period, data from the last generation is used instead.

Although Ford sits in last place, it is Tesla’s ranking, with its $1 trillion valuation, that garners significant attention.

‘People who buy Teslas are very satisfied with them, but they do have their fair share of problems,’ Fisher said.

The company’s Model X SUV has the title of least reliable, earning just five out of 100 possible points.

Only the Model 3 was rated with an ‘average’ reliability score.

Others have called attention to problems with the Tesla Model Y, as customers commonly report faulty sensors and issues with air conditioning, the vehicle’s exterior and heat pumps.

Fisher said reliability is more important than ever now due to parts supply shortages to fix problems.

‘Buying a reliable vehicle can help ensure that you’ll be able to hit the road when you need to, and not worry about getting stuck waiting on parts for repairs,’ he said.

Consumer Reports has been critical of Tesla’s Autopilot and Full Self Driving automated driving systems.

In 2016, the nonprofit called on to change the name of its Autopilot semi-autonomous driving system and to disconnect the automatic steering feature after a fatal crash in Florida.

Navy Seal Joshua Brown, 40, of Canton, Ohio, died in a May 2016 crash in Florida with the Autopilot on.

The system didn’t detect a tractor-trailer that had turned in front of Brown in bright sunshine, and Brown didn’t react.

Consumer reports said in a statement that calling the system Autopilot promotes a dangerous assumption that Teslas can drive themselves.

It also says the automatic steering should be disconnected until it’s updated to make sure a driver’s hands stay on the steering wheel at all times.

Fisher said Consumer Reports still has concerns that drivers will rely too much on technology that cannot safely take over driving, but that did not factor into the reliability scores.

‘Full Self Driving is not full self-driving at all,’ Fisher said. ‘It’s a convenience feature.’