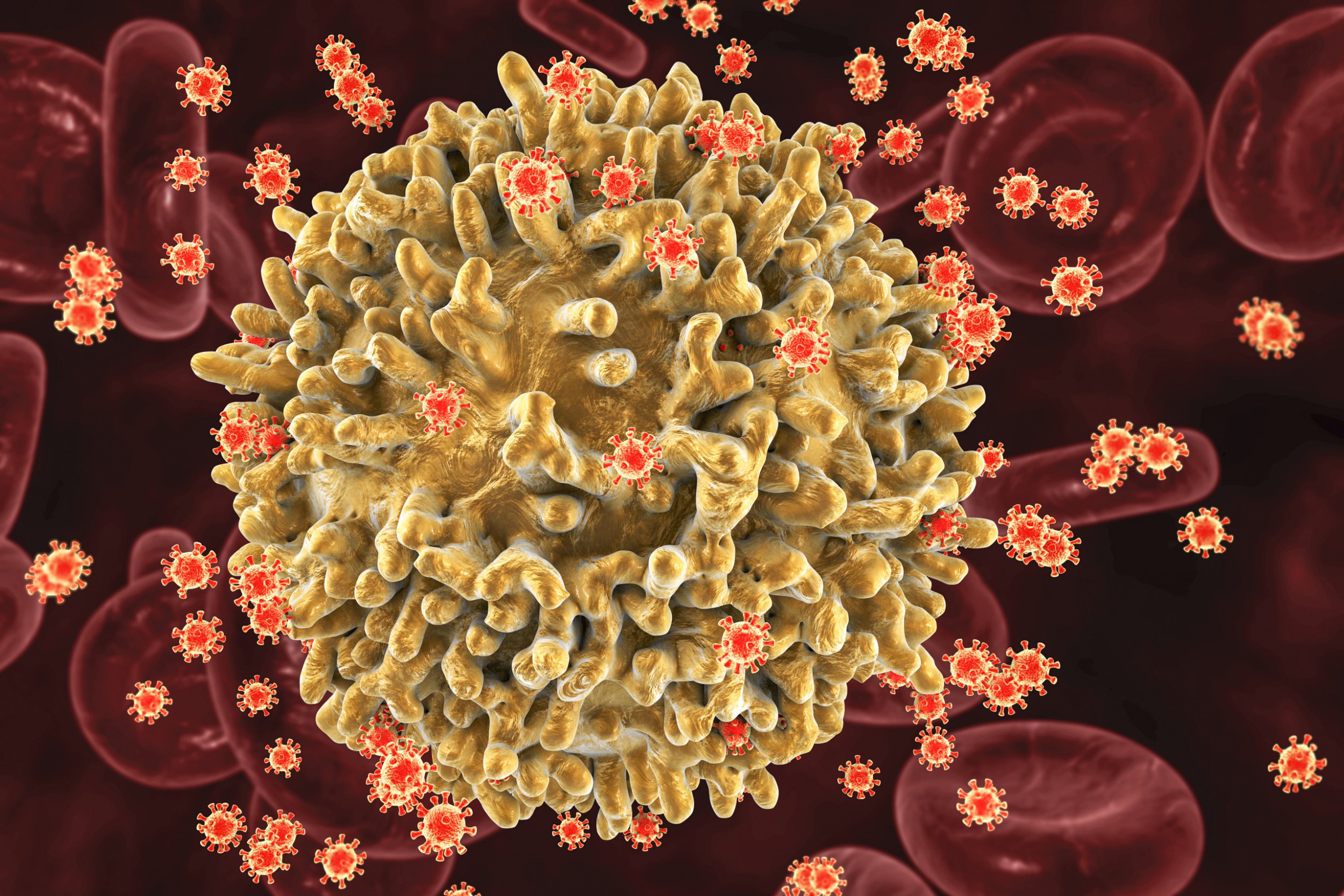 Scientists have identified a second patient whose body has rid itself of HIV.

The woman, in her 30s, shows no evidence of the virus in more than 1.5 billion blood and tissue cells analysed.

It offers hope of a cure for 38 million infected individuals around the world.

Lead author Professor Xu Yu, of Massachusetts General Hospital in Boston, said: ‘These findings – especially with the identification of a second case – indicate there may be an actionable path to a sterilising cure for people who are not able to do this on their own.’

The unnamed woman, whose boyfriend died of AIDS, was diagnosed in 2013.

She is what scientists call an ‘elite controller’. Her immune system suppresses HIV without the need for medication.

The virus settles into parts of her genome known as ‘gene deserts’ – where it does nothing.

The woman, referred to as the ‘Esperanza Patient’, lives in Argentina. Both her current partner and baby are HIV negative.

In most patients, new particles are constantly made from a ‘viral reservoir’. During infection, HIV places copies of its genome into the DNA of cells.

In this state, the Aids-causing virus effectively hides from anti-HIV drugs and the body’s immune response.

Anti-retroviral therapy (ART) can prevent new viruses being made. But they cannot eliminate the reservoir – necessitating daily medication.

This was after sequencing more than 1.19 billion blood and 500 million tissue cells, respectively.

Despite having been infected and testing positive, the woman had undetectable levels of HIV in her body.

The study in the Annals of Internal Medicine represents a second instance of a ‘sterilising cure.’ There must be others, say experts.

Dr Natalia Laufer, the patient’s doctor in Buenos Aires, said: ‘Finding one patient with this natural ability for functional cure – no virus that can reproduce – is good.

‘But finding two means so much more. It means there must be more people like this out there.’

In August last year the US team reported the same phenomenon in 67 year-old HIV patient Loreen Willenberg, from San Francisco.

She had no intact HIV viral sequence in her genome – indicating her immune system had eliminated the reservoir.

The researchers mapped billions of cells from her searching for any HIV sequence that could create new virus – and found none.

The phenomenon suggests a specific killer T cell response common to both patients is driving the response. There must be others, say experts.

If the underlying immune mechanisms can be understood it opens the door to developing treatments that mimic them.

Prof Yu said: ‘We are now looking toward the possibility of inducing this kind of immunity in persons on ART through vaccination.

‘The goal is to educate their immune systems to be able to control the virus without ART.’