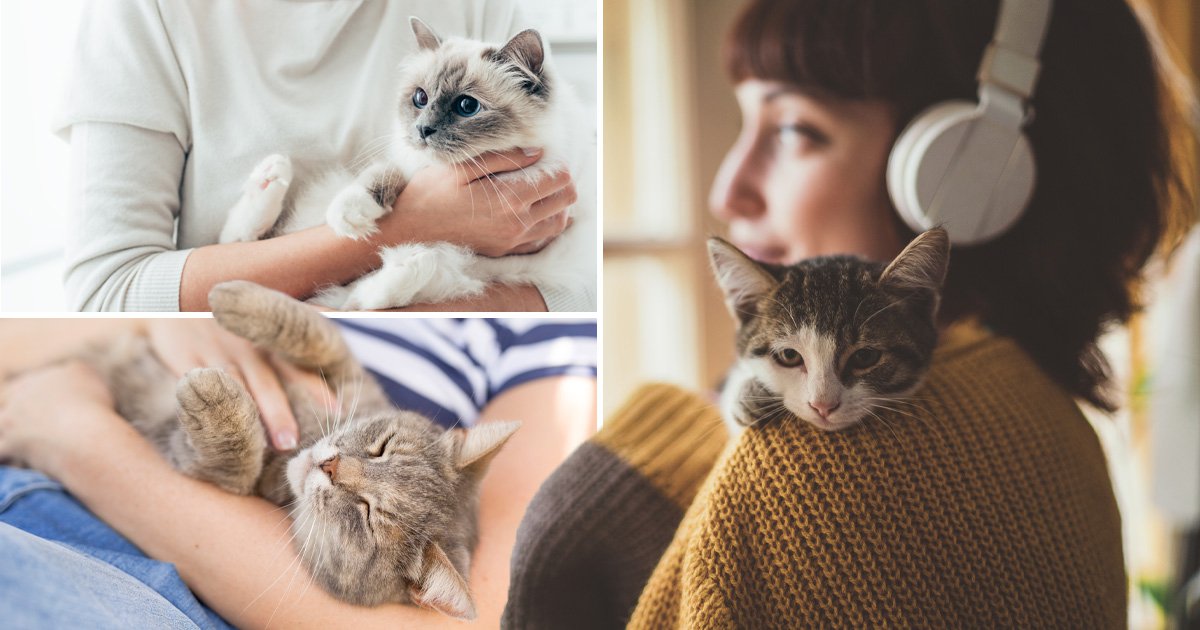 If cat owners had a sneaking suspicion their pets always seem to know where they are, then science has just confirmed it.

A team of researchers at Kyoto Univeristy in Japan has published a new study demonstrating that cats possess what’s called object permanence.

In essence, they know something exists even if they can’t see it.

According to the scientists, a cat’s hearing plays a key role in this. Using their hearing, moggies are capable of ‘socio-spatial cognition’, where they mentally keep tabs on where other creatures are.

It means they always know to come find you if they want a belly rub.

‘Cats have sensitive ears that have more than 20 muscles and are capable of moving independently in all directions,’ the team wrote in the study, published in the journal PLOS ONE.

‘The auditory range for cats extends from 55 Hz to 79 kHz. These ecological and anatomical features might promote cognitive processing of auditory information.

‘Indeed, cats appear to be good at inferring physical and social presence from sounds.’

To reach their conclusions, the researchers put cats in a room with a window and two doors and played sounds from speakers outside the room.

The sounds included their owner’s voice, a stranger’s voice, cat noises from a similar species or some generic white noise.

They observed the cats through video cameras as they moved the sound locations around.

While the cats behaved normally when their owner’s voice came from the same speaker (and therefore location) they got very puzzled when the voice was switched to a different speaker.

‘Results showed that cats were surprised when their owner appeared to be “teleported” to a new, unexpected location, but they did not react in the same way when tested with non-social stimuli,’ wrote the study authors.

‘These results suggest that cats hold a mental representation of the unseen owner and map their owner’s location from the owner’s voice, showing evidence of socio-spatial cognition.’