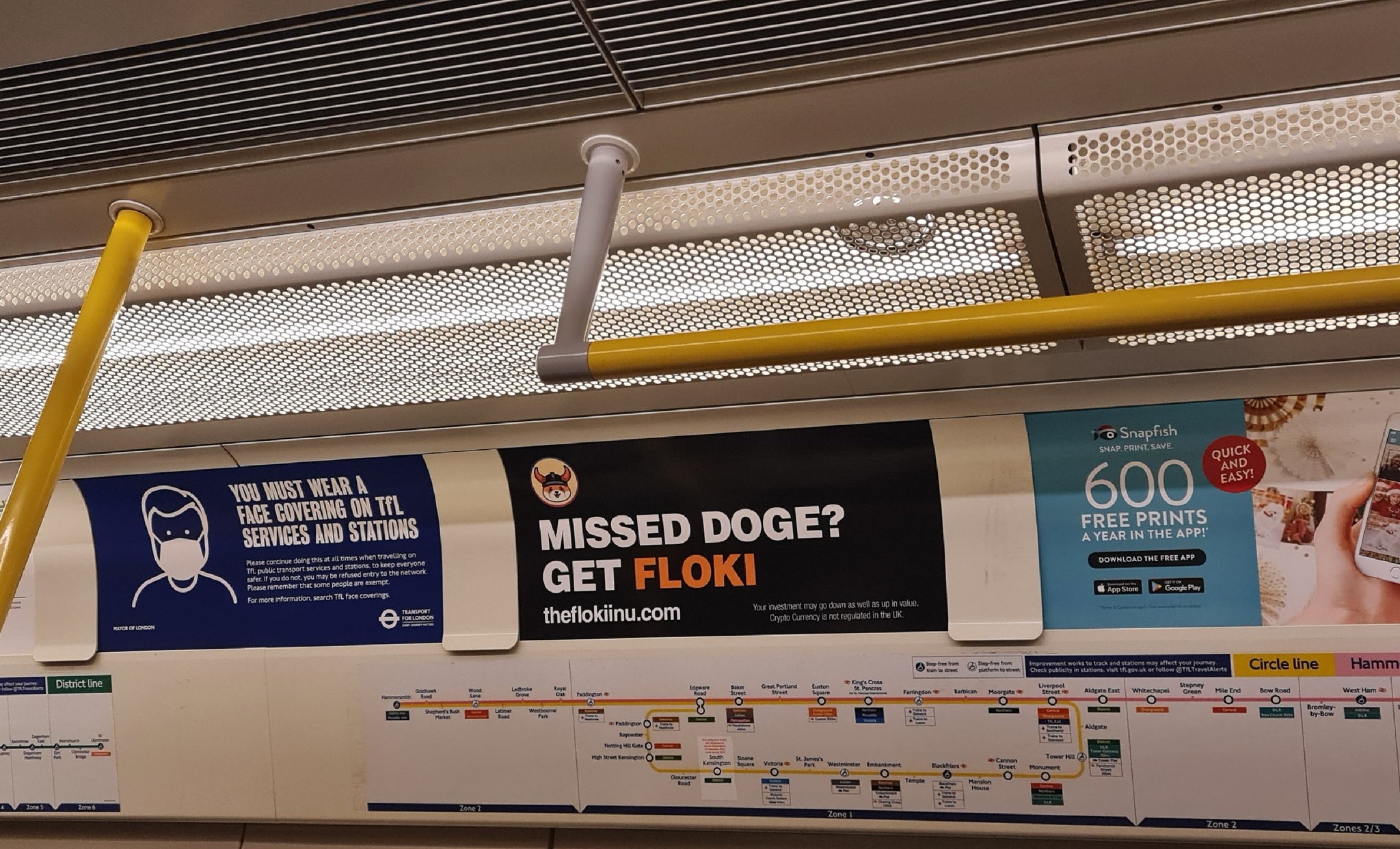 If you’ve taken the tube in the past month, you might have noticed ads for a new cryptocurrency called Floki.

Ads for Floki appeared on Tfl buses and tube stations in London throughout October.

But some have raised concerned about the ads and highlighted the volatility of cryptocurrencies.

Siân Berry, the Green party London Assembly member, tabled a question to the Mayor of London, Sadiq Khan, about the campaign.

‘This should have raised a red flag and someone at TfL should have looked at this before it was approved,’ she said.

She also said that TfL had accepted three ads for crypto products, including Floki, in recent weeks.

‘I don’t think cryptocurrency ads should be on the network. They’re unethical,’ added Berry.

TfL, and their advertising partner Global, know the adverts for Floki Inu were placed by the agency Kinetic, however, the names of individuals behind the campaign are not known.

Tfl has been reviewing all cryptocurrency advertisements before running them since 2018.

‘When reviewing copy now from cryptocurrency brands who wish to advertise on our estate, we ensure that campaigns contain sufficient information to comply with both our policy and the ASA ruling,’ said Chris Reader, Head of Commercial Media at TfL.

The cryptocurrency called Floki is named after Elon Musk’s dog. In June, Musk tweeted his intention to adopt a Shiba Inu and name it Floki. In September, he introduced Floki on his Twitter, inspiring this particular cryptocurrency.

‘Your investment may go down as well as up in value,’ read the disclaimer at the bottom of the advertisement, adding that cryptocurrency was not regulated in the UK. This is sufficient information to comply with both TfL policy and the ASA ruling.

Floki’s website claims it is a utility-focused meme coin looking to surpass the Shiba Inu and Dodgecoin in reach and market valuation.

Floki also claims that its core vision is ‘to build a school in every continent first and in every underdeveloped nation of the world eventually.’ They recently partnered with Pencils of Promise to start building a school in Ghana, according to a tweet by the charity.

The Floki adverts have currently been booked to run on London transport services from the beginning of October 2021 until the middle of January 2022.