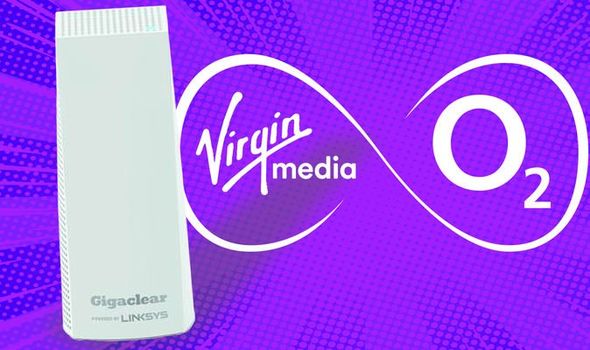 Full-fibre broadband supplier Gigaclear has slashed the cost of its speedy 100Mbps download package to £19 a month. Better yet, since this is a full-fibre connection that broadband speed is symmetric, which means you’ll enjoy upload speeds of 100Mbps too. That’s ideal for anyone who spends a lot of time collaborating on documents, making video calls, backing up photos and data, or publishing videos and other large files.

The latest deal from Gigaclear only lasts for the first 18-months of your contract. After that, you’ll be switched to £44 a month, unless you decide to switch to a new deal or move to a different provider. For comparison, Virgin Media’s M100 bundle, which offers the same 100Mbps download speeds, will cost you £44 a month from the outset. BT doesn’t offer a like-for-like option with its broadband bundles, but its Full Fibre 100 package (that, confusingly, actually offers speeds up to 150Mbps) costs £34.99 a month as part of a new promotion (with the first three months available at half that cost). At the end of your contract, that price rises to £39.99.

In other words, if you can bag those speeds from Gigaclear at less than £20 a month – don’t hesitate.

Unfortunately, unlocking that deal might be a little tougher than you might expect. Gigaclear is one of a series of new full-fibre broadband providers that have sprung up in recent years. As Boris Johnson’s Government pushes ahead to ensure that at least 85 percent of all UK premises have access to gigabit-broadband by 2025, a number of new providers have emerged to roll-out the next-generation connections.

Household brands like BT and Virgin Media are forging ahead with widespread upgrades to their own networks, with both forecast to connect 5.5 million and 15 million by the end of the year, respectively.

Gigaclear is currently only available in some 240,000 homes around England, so it’s pretty unlikely that it’s already in your street. However, the plucky full-fibre supplier has some lofty ambitions. It hopes to reach half a million properties by the end of 2023.

Unlike Virgin Media and BT Broadband, Gigaclear offers free installation with all of its broadband bundles. It also arrives with a wireless router and unlimited download allowance, which are both pretty standard.

But don’t worry if you can’t get the latest full-fibre deal from Gigaclear, there are some brilliant other broadband deals around right now. Companies are slashing prices and offering freebies in the run-up to Black Friday. Express.co.uk has compiled a complete list of the best broadband deals below…

BT’s amazing “homebuyer” deal slashes the price of some of its fastest fibre broadband packages in half for the first three months …and don’t worry, there’s no need to prove that you’ve recently moved house to qualify! After the first three months, your monthly bills will rise to £34.99 a month. With download speeds of 150Mbps, this bundle means you’ll rarely see any buffering!

If your broadband is out of contract, Vodafone’s new “Switch and Save” deal estimates that you can save as much as £300 by switching to one of its newly discounted plans. With average download speeds between 72-73.5Mbps, this isn’t the fastest connection on the list, but it’s a great price. 70Mbps is the UK average speed, so is more than enough to binge-watch some Netflix, join a videocall, and back-up photos and data. If you have a SIM plan with Vodafone, you’ll benefit from a free tablet too

TalkTalk is offering its fibre broadband at a discounted price, with customers now able to access to the web from just £23.50 per month. You will need to pay a one-off £9.95 charge for the postage of the new Wi-Fi router, but that’s it. TalkTalk says to expect 38Mbps download speeds, which isn’t the fastest …but it’s a very affordable package that could seriously reduce your monthly outgoings

For a limited time, John Lewis is handing out a £45 voucher to spend in its stores or Waitrose when you sign-up to its fibre broadband plan. Coupled with the free evening and weekend calls to a landline, the unlimited usage, and the short 12-month minimum contract length – this is a superb deal

Plusnet has dropped its £10 activation fee on this plan – which is a nice change. In terms of the broadband bundle, you’ll get acceptable 66Mbps speeds and unlimited usage. The 18-month minimum contract isn’t the shortest on this list, but it won’t tie you in as long as some providers, like BT

While GigaClear might not have the brand recognition of some of the other brands in this list, it more than makes up for that with some phenomenal deals. Right now, you can get 500Mbps download speeds – almost 11 times faster than the UK average speed – for less than £30 a month. You’ll also get unlimited downloads and free installation

While you might not associate Shell Energy with broadband, the company offers decent download speeds at competitive prices. And since it runs on BT’s Openreach network, you’re likely to already have the right infrastructure in your street. Right now, Shell has slashed the cost of its Fibre Plus package from £35.99 a month down to £21.99 for the duration of your contract. Bargain!

Virgin Media will slash the price of its full-fibre broadband bundles when you decide to add a phone line (don’t worry – you don’t have to use the phone). This means you can get 108Mbps speeds for just £28 per month, which is much more affordable than its broadband-only bundle for the same speeds

Hyperoptic is one of the new kids on the block. Unfortunately, that means it’s not available quite as widely as BT, Sky or Virgin Media, but if you’re lucky enough to have its gigabit-cable cables in your street – there are some amazing deals to be had. For example, you can secure 1Gbps download speeds (more than 14x faster than the UK average broadband speed!) for just £35 a month. BT and Virgin Media charge around £60 for those eye-watering speeds!

If you’re looking for the ultimate broadband speed at home, this bundle from Community Fibre is sure to blow your hair back. Unfortunately, Community Fibre doesn’t quite have the reach of BT and Virgin Media, but if you live in an area served by its network, it offers next-generation speeds for significantly less than those more established rivals