Leaves of small Samoan TREE could be as effective at treating fever and pain as ibuprofen, scientists say

The leaves of an indigenous Samoan plant used to treat fevers, body aches and ‘ghost sickness’ – a belief of being possessed – may be just as effective as ibuprofen.

The tree, known as Psychotria insularum or matalafi by locals, stands about six feet high with small white flowers and glossy red berries mixed in with large green leaves.

The leaves have long been used in Samoan traditional medicine to treat inflammation-associated illnesses by interacting with the iron within the body’s cells.

A team of scientist led by Victoria University of Wellington in New Zealand found its anti-inflammatory effects are as potent as those found in the over-the-counter drug.

It also has the potential to treat cancer, neurodegenerative diseases, diabetes, cardiovascular diseases as well as COVID-19. 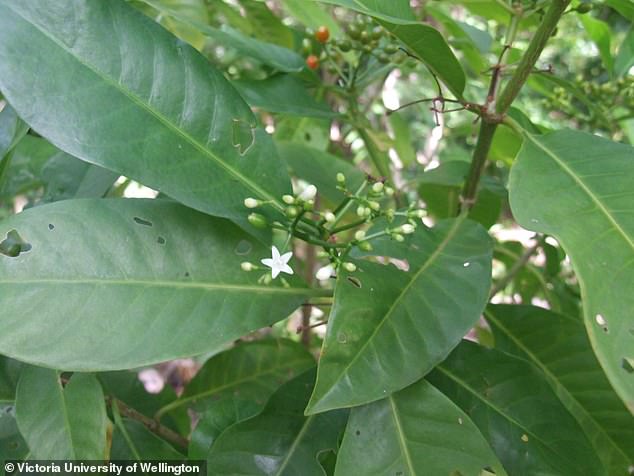 The leaves of an indigenous Samoan plant used to treat fevers, body aches and ‘ghost sickness’ – a belief of being possessed – may be just as effective as ibuprofen

For hundreds of years, natives of Samoa, an island in the South Pacific, have been using the leaves of the matalafi tree to treat a wide variety of inflammation related ailments, but now scientists have taken a deeper look to better understand how the treatment works.

The natural treatment made by traditional healers is done by chopping up and juicing the leaves, but sometimes the leaves are left whole and applied to a wound.

Along with colleagues, Seeseei Molimau-Samasoni, the study’s author and the manager of the plants and postharvest technologies division at the Scientific Research Organization of Samoa, found the plant is an iron chelator, which means it binds easily to iron.

‘Matalafi is used in two ways in Samoa—to treat illnesses attributed to ghosts, and to treat various forms of inflammation,’ Molimau-Samasoni said in a statement.

Iron chelators may also have the power to treat iron overload from blood transfusions, and have also been identified as prospective agents against common diseases like cancer, neurodegenerative diseases, cardiovascular diseases, and diabetes, according the the researchers.

Dr Helen Woolner, a researcher at the Victoria University of Wellington, said in a statement: ‘This raises the possibility for applications of matalafi beyond traditional use.

Two of the primary bioactive compounds in matalafi were also noted in the study: rutin and nicotiflorin.

Both compounds have previously been found to have anti-inflammatory and neuroprotective effects. 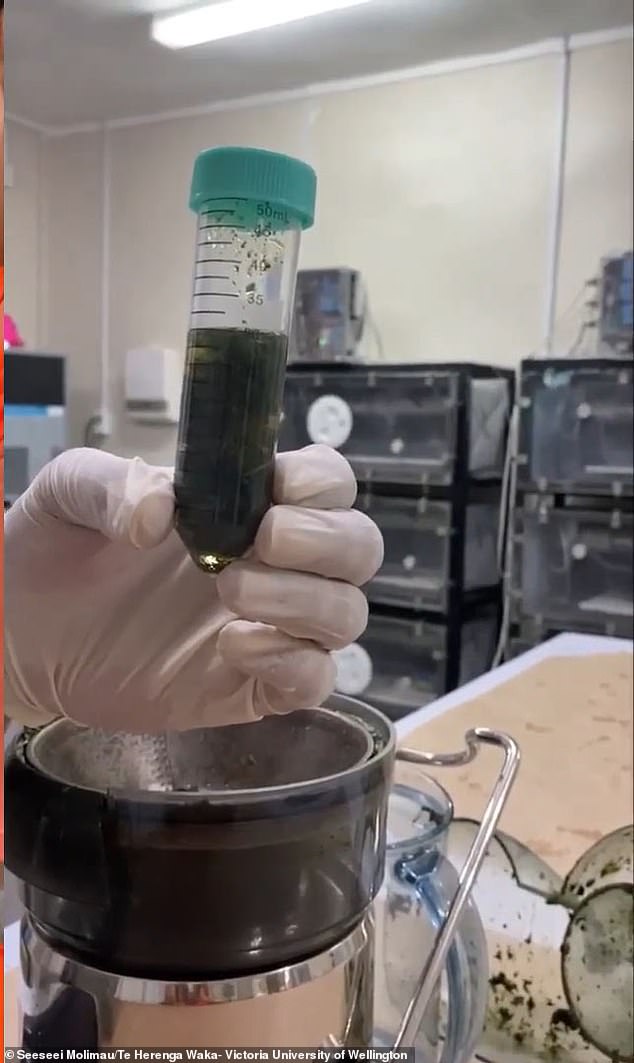 The natural treatment made by traditional healers is done by chopping up and juicing the leaves, but sometimes the leaves are left whole and applied to a wound.

However, the researchers not that they need to conduct a further chemical investigation of the Psychotria insularum plant, ‘as there are potentially undiscovered compounds in the mix that could contribute to the overall medicinal effects of matalafi,’ the team shared in the press release.

Dr Andrew Munkacsi, also from the Victoria University of Wellington, and another researcher involved with the study, said in a statement: ‘Our findings also highlighted the sensitivity of the RIM101 gene deletion to the Psychotria insularum homogenate.

‘This gene is a major regulator of lipotoxicity which underlies obesity.’

‘This project is unique in integrating traditional knowledge with different types of biological and chemical methodologies,’ Dr. Molimau-Samasoni said.

The study has been published in the Proceedings of the National Academy of Sciences of the USA.