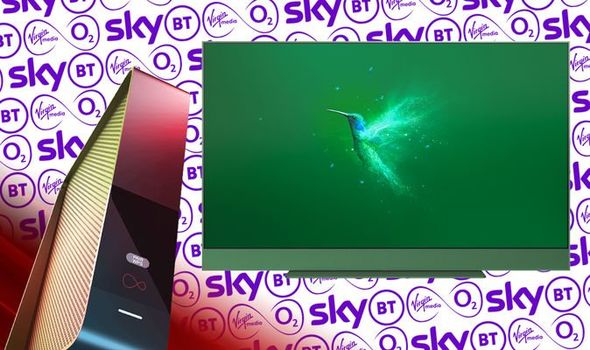 As the nights begin to draw in and TV listings start to fill up with must-see shows after the summer drought, you might be thinking about upgrading your telly package. Luckily, it’s a pretty good time to splash-out on a bumper TV upgrade, with BT, Sky and Virgin Media all competing with deals. From spooky movies for Halloween, award-winning shows like Succession, binge-able boxsets including Squid Game and Clarkson’s Farm, Premier League matches over Christmas and festive films… there’s plenty of good reasons to treat yourself to a new TV package now.

All three major paid-for telly suppliers offer support for BT Sport and Sky Sports – at an extra cost, of course. So, if you’re looking to upgrade to a new provider to watch the latest Formula 1, Premier League, NFL, and more – you can pick any of the below.

However, if you want to binge some of the most talked-about dramas from the United States, including the likes of Little Big Lies, WestWorld, and Succession, you’ll need to be a little careful. All of these shows are exclusive to Sky Atlantic. This channel, which is also home to a number of exclusive Sky-produced shows like I Hate Suzie and Gangs Of London, is not available with Virgin Media – despite every other Sky-branded channel available with this supplier.

So, while you can stream Sky Max, Sky Showcase, Sky History, Sky Comedy, Sky Sports, and more on Virgin Media… you’ll never be able to get Sky Atlantic. So, if you want to watch the upcoming third season of the multi-award winning Succession …you’ll need to sign-up to contract-free streaming service NOW on a separate device. BT TV doesn’t support Sky Atlantic in its TV Guide, however, it does offer built-in support for NOW, which includes access to the channel. Of course, Sky Q and Sky Glass include Sky Atlantic by default.

The final question you need to ask yourself is whether you need a new TV …or whether you want a satellite dish drilled into the side of your home. Sky Glass is a new all-in-one 4K TV that brings the complete Sky Q experience over a Wi-Fi connection instead of a satellite dish. As well as redesigned software, hands-free voice control, and a few other tweaks… Sky Glass has all of the same channels and boxsets you’ll get with Sky Q, which is still available too. Prices for the custom-designed QLED TV start from £13 a month.

You can’t buy TV from Virgin Media without including one of its broadband bundles. But when you consider this deal comes with Sky TV channels including Sky Showcase, Sky History, Discovery HD, National Geographic as well as 108Mbps download speeds (UK average is 70Mbps) and free weekend calls… it suddenly looks incredibly competitive. Virgin Media’s TV 360 boxes don’t need a satellite dish and you pause in one room and pick up in another

Like Virgin Media, BT only bundles its telly offering with a broadband package. BT TV is the only provider with AMC – the network behind hits like Mad Men, Breaking Bad, and Fear the Walking Dead. You’ll also get Sky TV channels like Sky Showcase, Sky Atlantic and more via an included NOW subscription. The box has enough storage to hold 600 hours of recorded shows too