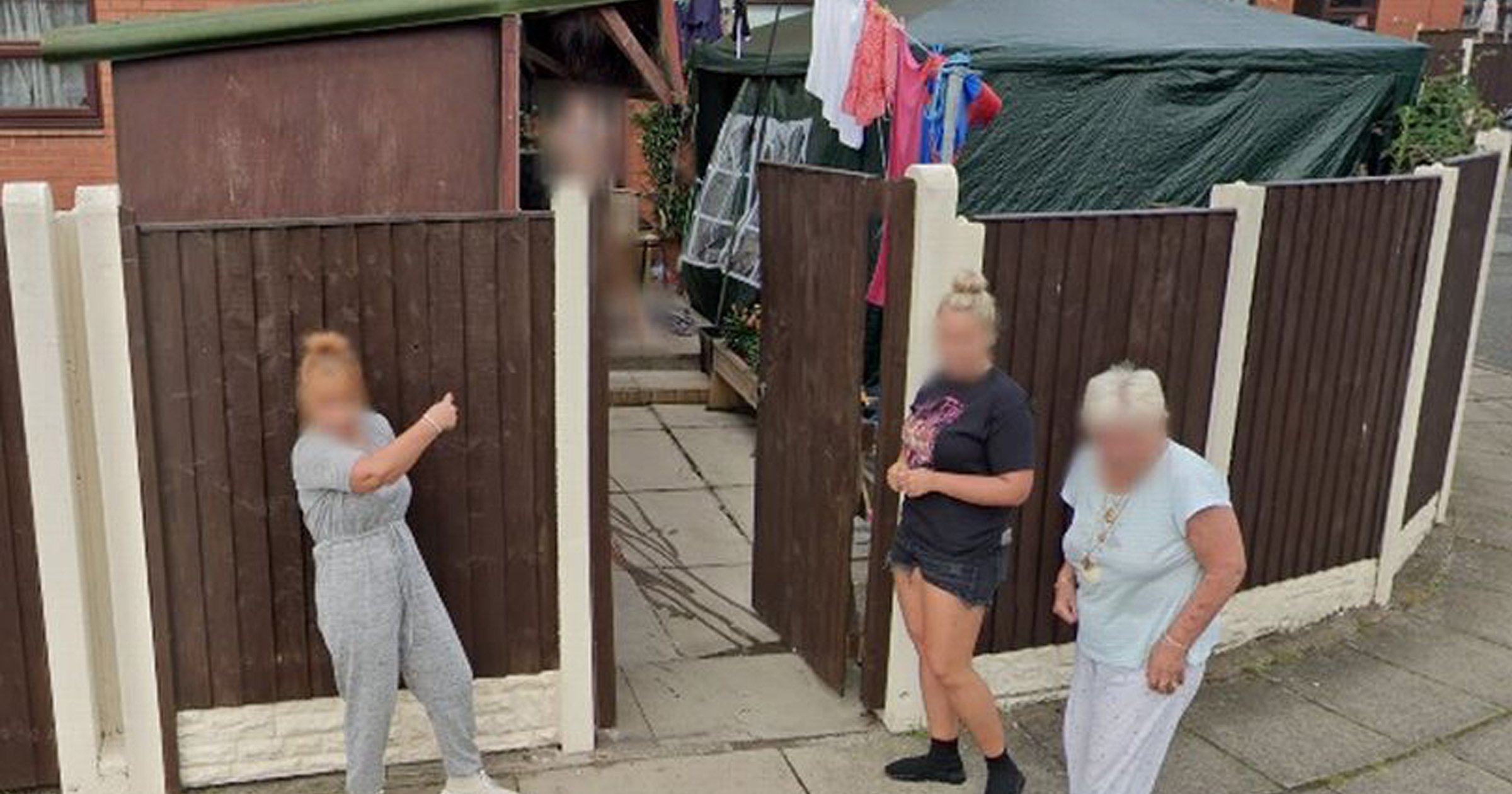 The internet has a long and proud history of scouring Google Street View for people in uncompromising positions.

But one exhibitionist from Liverpool seemingly had no qualms about giving the tech giant’s mapping cameras an eyeful.

The unidentified woman, standing on a doorstep in the Dingle area of Liverpool, can be seen lifting her top up and exposing herself. She can be seen on Google Maps through an open gate while three other women stand on the other side of the fence.

One of the women, dressed in a grey tracksuit, can be seen pointing to the topless woman as she poses for the snapshot.

Google uses cars fitted with 360-degree mounted cameras to record images for its Street View service. The cameras record GPS data at the same time, matching each photograph to its location.

The millions of pictures captured by the cameras overlap with each other and Google’s software then stitches them together to fill in the first-person view of the world that anyone can access.

Google’s cars are also fitted with laser rangefinders that reflect off buildings and other structures and help the tech giant create 3D models for its maps.

Naturally, there are strict filters in place to catch things like nudity – which the company is able to blur out, along with identifying faces of members of the public.

The company cracked down on nudity on Google Maps after an incident last year – also in Taiwan – where a woman flashed her breasts by the side of the road.

The images quickly went viral and forced Google to step in and take them down.