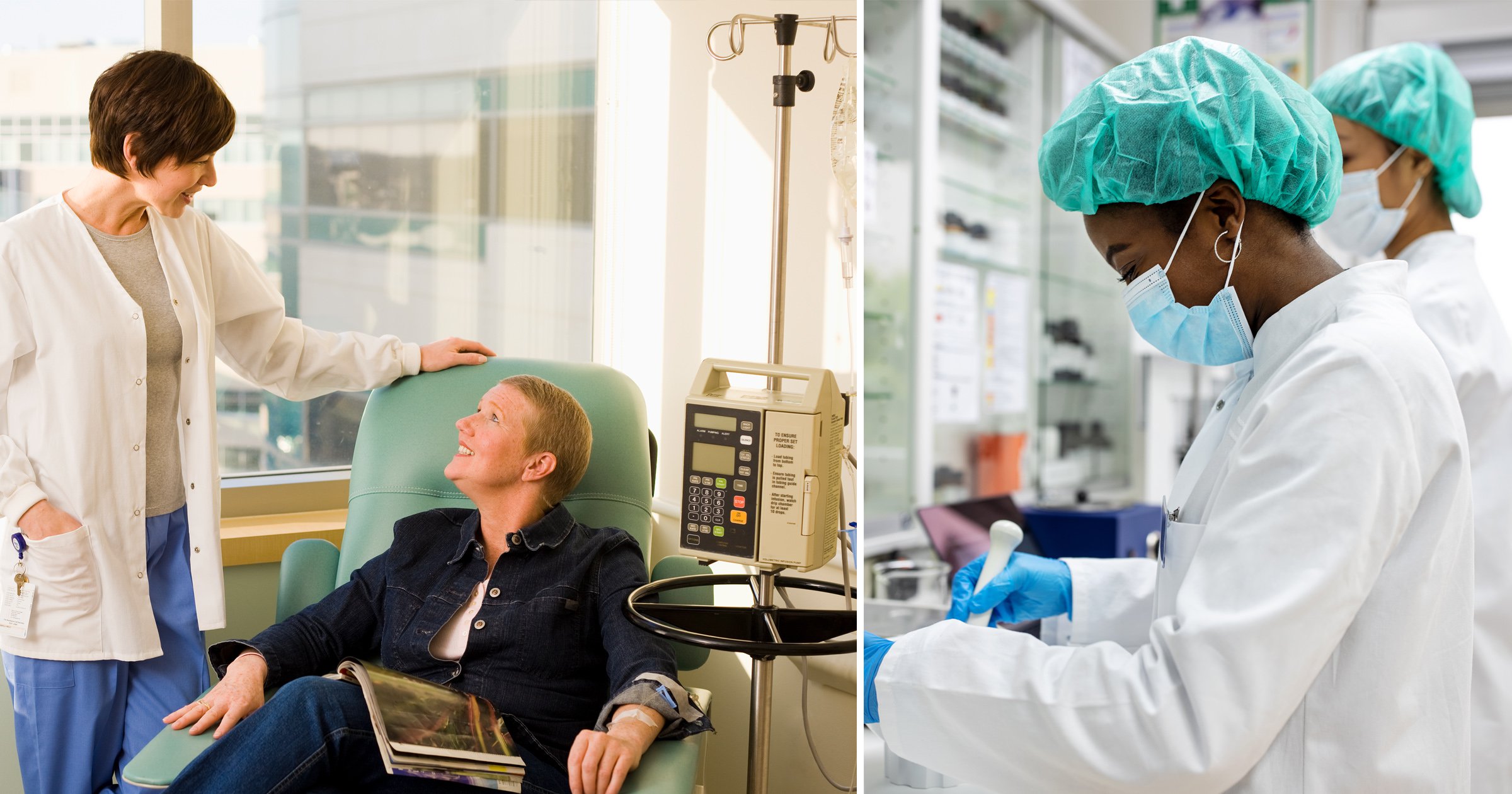 A revolutionary cancer treatment that destroys tumours has been developed.

It ‘jump-starts’ a patient’s natural defences by combining chemotherapy and immunotherapy, say scientists.

Diseased cells are removed from the body, treated with drugs – and then placed back in the tumour.

They are delivered with a payload of medications that activate the immune system’s T cells.

The injured cancer cells appear to act as a distress signal that spurs them into action, say scientists.

Study senior author Professor Michael Yaffe, of the Massachusetts Institute of Technology (MIT) in the US, said: ‘When you create cells that have DNA damage but are not killed, under certain conditions those live, injured cells can send a signal that awakens the immune system.

‘Immunotherapy – which stimulates the immune system to kill tumours – only works for a handful of cancers.

‘The new method could enable it to be used against many forms of the disease.’

In experiments it completely eliminated tumours melanomas and breast cancers in almost half (40%) of treated mice.

When the same rodents were injected with cancer cells months later, T cells recognised and destroyed them – before new tumours could form.

The US team improved the performance of immunotherapy drugs called checkpoint blockade inhibitors.

They take the brakes off of T cells that have become ‘exhausted’ and unable to attack tumours.

‘We showed if you treated tumour cells in a dish, when you injected them back directly into the tumour and gave checkpoint blockade inhibitors, the live, injured cells were the ones that reawaken the immune system.’

Several clinical trials combining the therapies are underway. The study in the journal Science Signaling sheds fresh light on the best approach.

The drugs that worked best were those that cause DNA damage. It activates cellular pathways in tumours that respond to stress.

The chemicals send out distress signals that provoke T cells to destroy injured cells – and any other tumour cells nearby.

Prof Yaffe said: ‘Our findings fit perfectly with the concept that ‘danger signals’ within cells can talk to the immune system.

‘The theory was pioneered by Polly Matzinger at NIH (National Institutes of Health) in the 1990s – though still not universally accepted.’

The researchers also tried injecting DNA-damaging drugs directly into the tumours – instead of treating cells outside the body.

But this was ineffective because the chemotherapy drugs also harmed T cells and other immune cells near the tumour.

Prof Yaffe added: ‘You have to present something that can act as an immunostimulant, but then you also have to release the preexisting block on the immune cells.’

He now hopes to test the approach in patients whose tumours have not responded to immunotherapy.

But more study is needed first to determine which drugs, and at which doses, would be most beneficial for different types of tumours.

The researchers are also further investigating the details of exactly how the injured tumour cells stimulate such a strong T cell response.