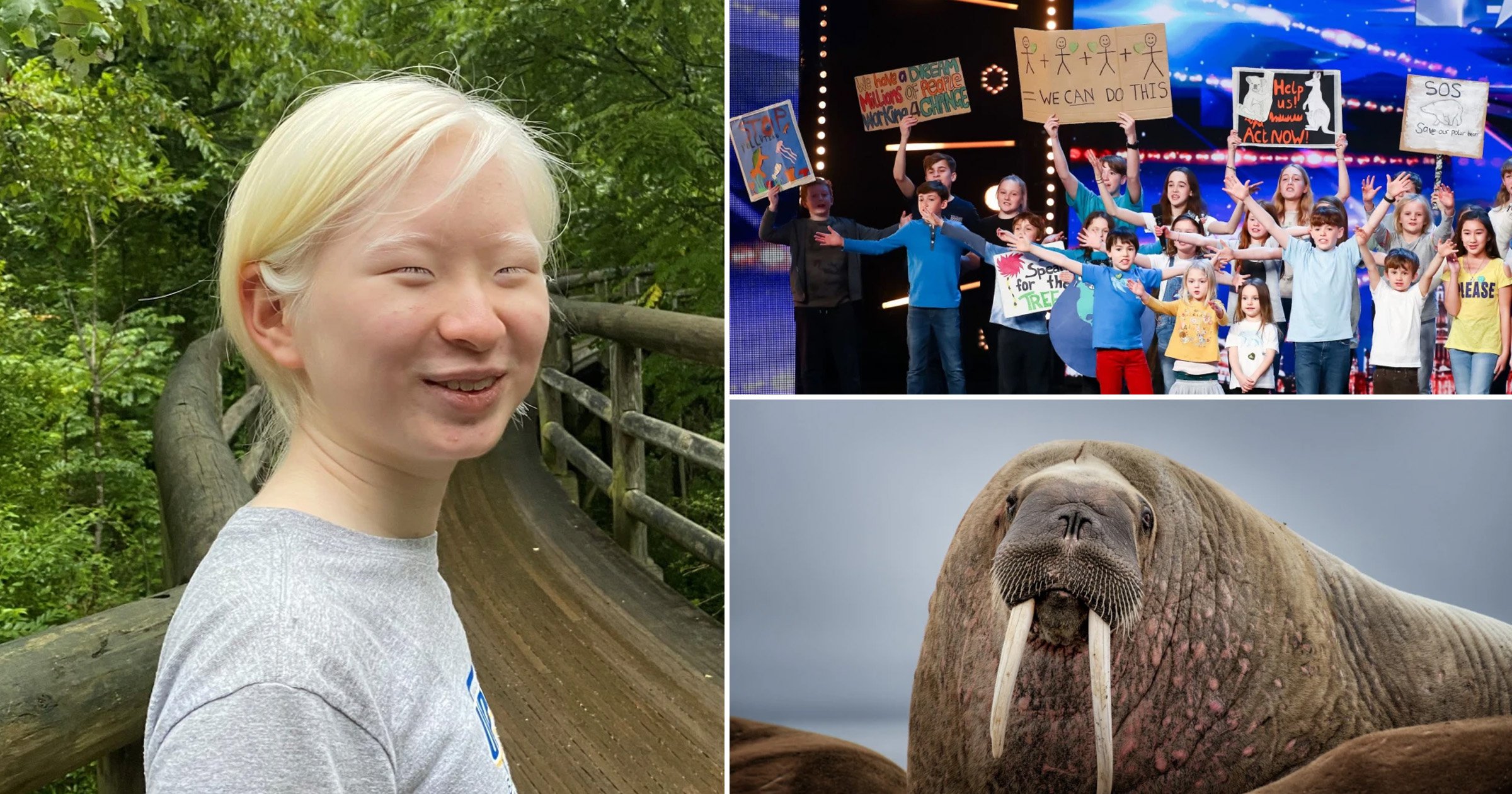 And believe us, some of the wacky events are not to be missed.

From a the chance to become a ‘walrus detective’ to an interactive climate-fighting challenge, here are some of our favourites.

Nope, not the greatest B-movie title ever (unfortunately). Walrus From Space is a five-year project to survey the impact of climate crisis on walrus, a threatened species that mostly dwells in the polar region where ice is melting three times faster than anywhere else on Earth.

After a presentation from the WWF, would-be ‘walrus detectives’ will have the chance to sign up to take part in the first ever census of the Arctic walrus population with 500,000 ‘citizen scientists’ required to sift through thousands of satellite images and secure the future of our tusked-up friends. Where’s Walrus? Get it?

Can soaps spread the word on climate change?

Correct us if we’re wrong but Pat Butcher never worried too much about the plight of our deep seas, right? Although maybe that’s what etched her face with worry every time she twirled an earring.

The fact is, over the years many a tough topic — from Aids to domestic violence, less so maize maze fires — has been thrust into the limelight thanks to EastEnders, Emmerdale, Hollyoaks et al, helping viewers understand social issues through the eyes of their favourite characters.

Join producers and talent from Britain’s much-loved soaps as they ask: can our soaps help save the planet?

With some big names appearing in Glasgow — from Spare Rib founder Rosie Boycott to music virtuoso Brian Eno — other voices could get lost in the mix. But who better to speak on climate change than the generation who will inherit the Earth?

Showcasing the winners of the Poems To Solve The Climate Crisis Challenge, run by The Poetry Society’s global Young Poets Network, these ten award-winning young poets aged 15 to 24, including Maggie Wang, address a wide spectrum of pertinent issues from deforestation to rising sea levels.

Britain’s Got Talent is responsible for lots of things but over the years the highlight reel has highlighted some serious issues too.

None more so than SOS From The Kids who moved the entire nation in 2020 with an original song on climate action.

A year on, the children’s eco choir is still going strong and at COP26 they’ll collaborate with the Phuyaklah Voices, another child choir from West Papua, a region devastated by floods in 2019. Hankies at the ready.

Do what you must

The digital studio was doing the business way before the lockdown trend for online arts experiences, with works including interactive whistleblower thriller Smoking Gun and Crimbo-themed caper National Elf Service.

This new scenario will introduce participants to climate risk by asking them to take on the role of an advisory board to a climate-threatened ski resort, charged with safeguarding the future of the fictional company.

Each event will be live-streamed for free from the Glasgow Science Centre.

Check ukcop26.org over the coming weeks for individual links, or check out the COP26 YouTube channel