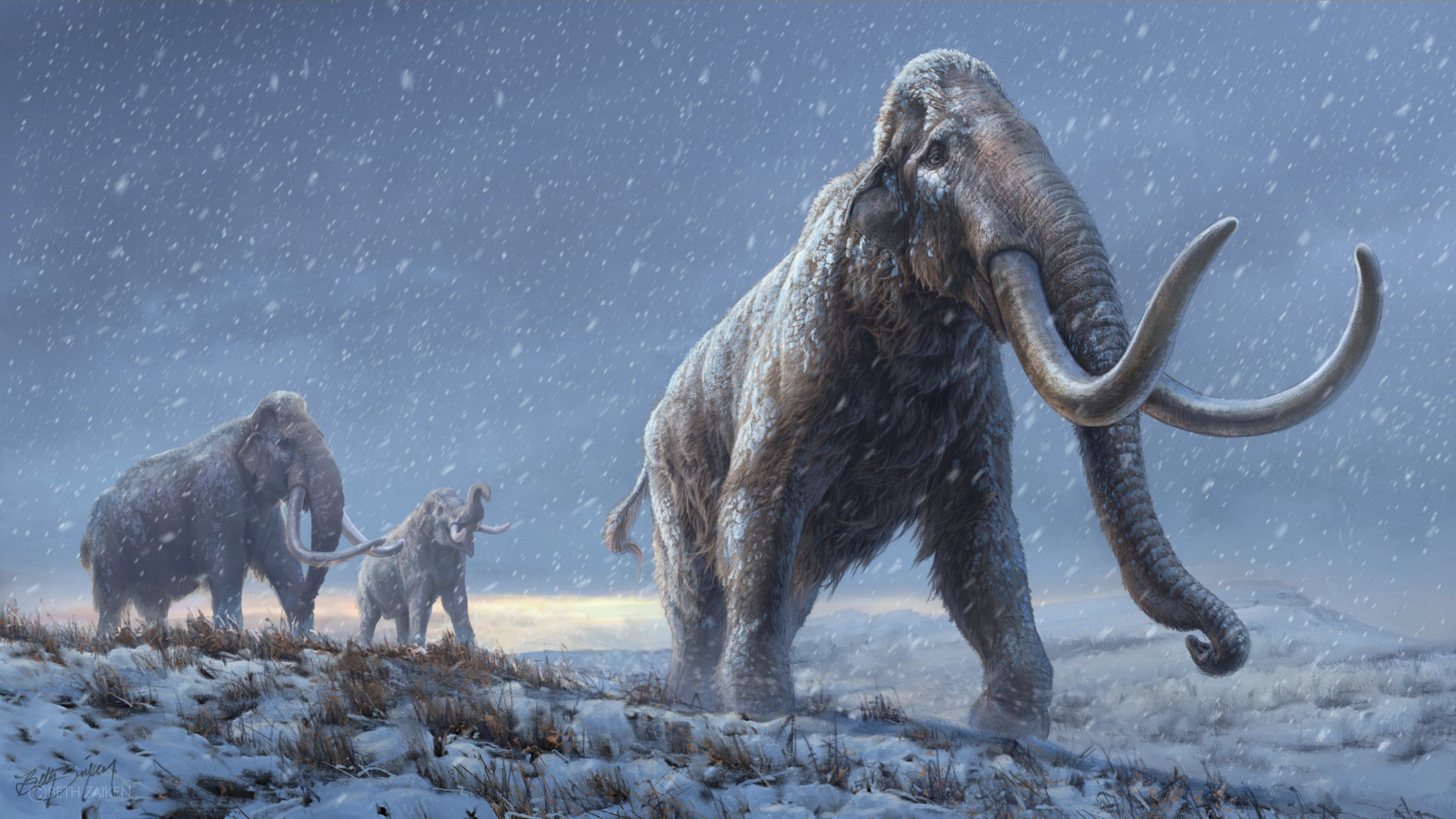 After five million years roaming the Earth, woolly mammoths vanished from the planet nearly 4,000 years ago, and scientists say they have finally proved why.

The cousins of today’s elephants lived alongside early humans and were a regular staple of their diet.

The skeletons of the hairy animals were used to build shelters, harpoons were carved from their giant tusks, and artwork featuring them is daubed on cave walls.

Research suggests 30,000 years ago the oldest known musical instrument, a flute, was made out of a mammoth bone.

Now scientists have analysed ancient environmental DNA and shown that the animals became extinct because when the icebergs melted, it became too wet for them to survive because the vegetation they ate was practically wiped out.

Researchers looked at environmental plant and animal remains, including urine, faeces and skin cells – taken from soil samples collected over a period of 20 years from sites in the Arctic where mammoth remains were found.

New technology means scientists no longer have to rely on DNA samples from bones or teeth to gather enough genetic material to recreate a profile of ancient DNA.

The 10-year research project was led by Professor Eske Willerslev, a fellow of St John’s College, University of Cambridge, and director of The Lundbeck Foundation GeoGenetics Centre, University of Copenhagen.

Prof Willerslev said: ‘Scientists have argued for 100 years about why mammoths went extinct.

‘Humans have been blamed because the animals had survived for millions of years without climate change killing them off before, but when they lived alongside humans they didn’t last long and we were accused of hunting them to death.

‘We have finally been able to prove that it was not just the climate changing that was the problem, but the speed of it that was the final nail in the coffin – they were not able to adapt quickly enough when the landscape dramatically transformed and their food became scarce.

‘As the climate warmed up, trees and wetland plants took over and replaced the mammoth’s grassland habitats.

‘And we should remember that there were a lot of animals around that were easier to hunt than a giant woolly mammoth – they could grow to the height of a double decker bus.’

Dr Yucheng Wang, first author of the paper and a research associate at the Department of Zoology, University of Cambridge, said: ‘The most recent Ice Age – called the Pleistocene – ended 12,000 years ago when the glaciers began to melt and the roaming range of the herds of mammoths decreased.

‘It was thought that mammoths began to go extinct then but we also found they actually survived beyond the Ice Age all in different regions of the Arctic and into the Holocene – the time that we are currently living in — far longer than scientists realised.’

Prof Willerslev concluded: ‘This is a stark lesson from history and shows how unpredictable climate change is – once something is lost, there is no going back.

‘Precipitation was the cause of the extinction of woolly mammoths through the changes to plants.

‘The change happened so quickly that they could not adapt and evolve to survive.’

The study is published in Nature.