Nasa has launched a new mission to explore two different clusters of asteroids over the next 12 years.

The Lucy asteroid probe blasted off from Kennedy Space Center in Florida over the weekend to study the ‘Trojan’ asteroids around Jupiter.

Lucy will serve as a cosmic archaeologist, studying the space rocks to try and find answers to questions over how giant planets formed.

‘Lucy embodies Nasa’s enduring quest to push out into the cosmos for the sake of exploration and science, to better understand the universe and our place within it,’ said Nasa Administrator Bill Nelson.

‘I can’t wait to see what mysteries the mission uncovers!’

In April 2025, the spacecraft is due to fly by one asteroid in the solar system’s main belt, followed by seven Trojan asteroids starting in August 2027. 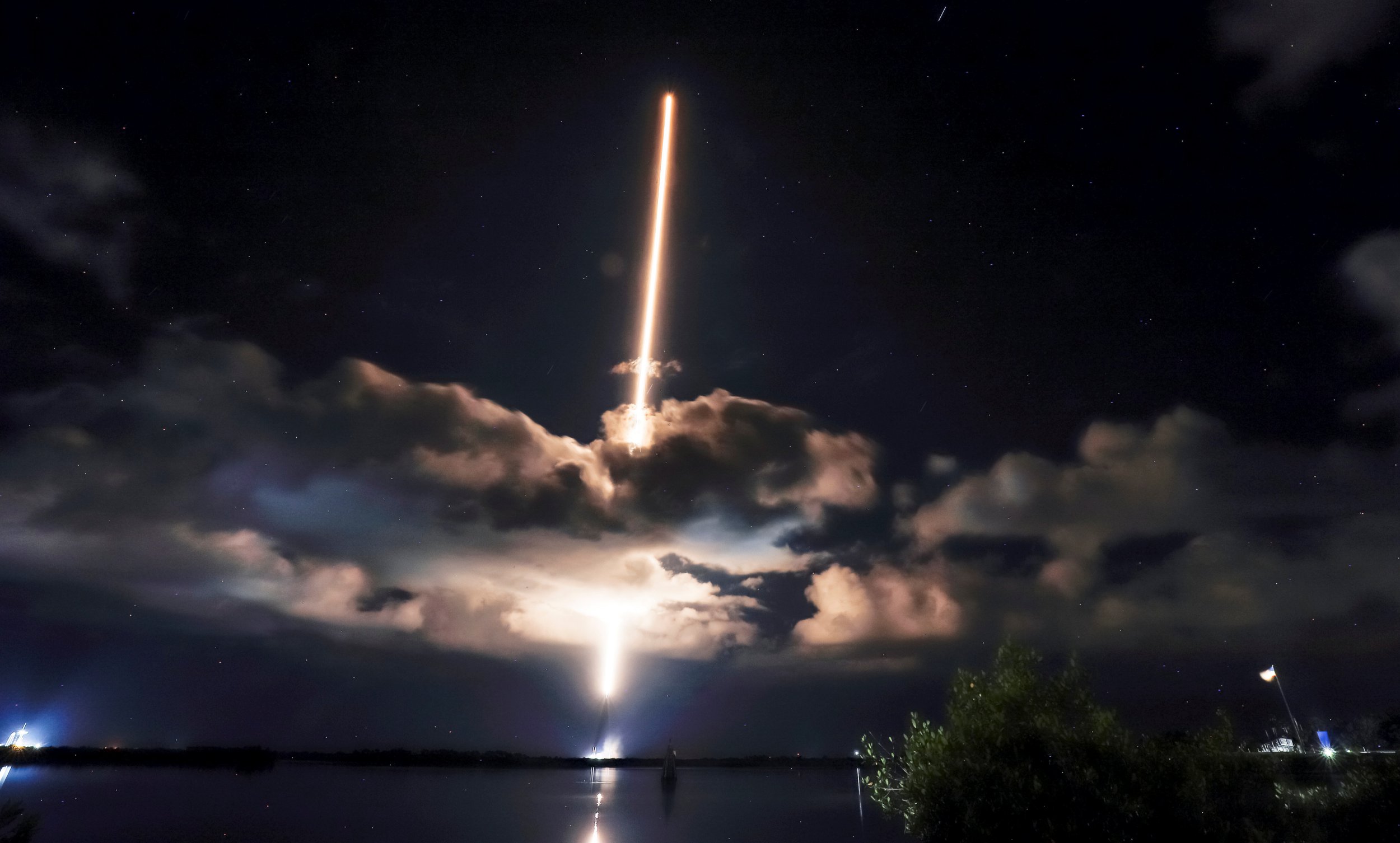 Its path will circle back to Earth three times for gravity assists, which will make it the first spacecraft ever to return to our planet’s vicinity from the outer solar system.

Named after characters in Greek mythology, the Trojan asteroids circle the sun in two swarms, with one group leading ahead of Jupiter in its path, the other trailing behind it.

By studying these asteroids up close, scientists hope to learn more about how our solar system’s planets formed 4.5 billion years ago and why they ended up in their current configuration.

The mission takes its name from the fossilised human ancestor (named Lucy by her discoverers) whose skeleton provided unique insight into humanity’s evolution.

Likewise, it is hoped the Lucy mission will revolutionise our knowledge of planetary origins and the formation of the solar system.

Lucy is more than 14 metres from tip to tip, but most of that is the huge solar panels (each more than seven metres in diameter) needed to power the spacecraft as it flies out to the orbit of Jupiter.

All of the instruments, and the two-metre-high gain antenna needed to communicate with Earth, will be located on the much smaller spacecraft body.