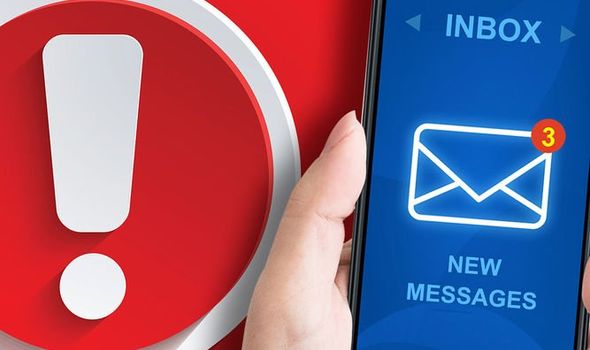 Use Gmail or Outlook to manage your email? Listen up – there’s another warning from experts this week as cyber thieves have rolled out a clever new trick to leave people out of pocket. The latest tactic sends a scary warning to your inbox, suggesting that the account owner is at risk of attack due to a lack of anti-virus protection on their PC.

According to the team at consumer group Which?, these messages purport to have been sent by some of the biggest names in cyber protection, like McAfee and Norton, in a bit to trick unsuspecting users.

One email that suggests it’s come from the team at McAfee reads: “Your subscription has expired! Protect your digital life now. We strongly recommend renewing your McAfee subscription to keep your privacy online and protect your communications.”

This is then followed by a button that says “Get protect now.”

Once the link is clicked, users are taken to a fake sign up page where they are asked to pay overinflated prices for anti-virus software they probably don’t need.

Alongside that McAfee scam, there’s also a Norton antivirus message that is landing into inboxes which uses another way to try and trick PC owners. Instead of a warning, this email pretends to be an invoice from the cyber security firm claiming that the user is about to be charged over $500 (£380) to renew their subscription.

If the recipient doesn’t act, it will be auto-renewed at that very high cost (a real Norton protection plan costs around £100). A link is then placed at the bottom of the message for users to unsubscribe. However, being fooled into clicking it will end up taking users to a fake page where hackers attempt to steal user names, passwords and banking details.

Speaking about the scam Which?’s Luke Jeffery said: “A familiar phishing scam has returned: scammers are trying their luck at convincing people they need to renew antivirus protection they didn’t know they had.

“Fake emails posing as McAfee and Norton Antivirus informing people that their subscription is at an end and needs renewing are currently circulating. The emails ask you to click through on links in order to ‘renew the subscriptions’.”

In response to the latest fake emails, a Norton spokesperson told Which?: “NortonLifeLock is a trusted name in consumer Cyber Safety. We encourage consumers to be vigilant and monitor for phishing attempts, where, commonly, cybercriminals attempt to take advantage of the trusted reputation built by companies and public bodies, to try and trick and defraud consumers.

“Any NortonLifeLock customer with a concern should contact our customer support teams, while we also provide helpful tips and techniques for identifying and reporting phishing on our website.”

This latest threat comes after Gmail, Outlook and other email users were warned about fake supermarket messages arriving into inboxes. These emails suggest that users could get a gift card for taking a quick survey. However, there is no such incentive with hackers using this method in a bid to steal user names and passwords.