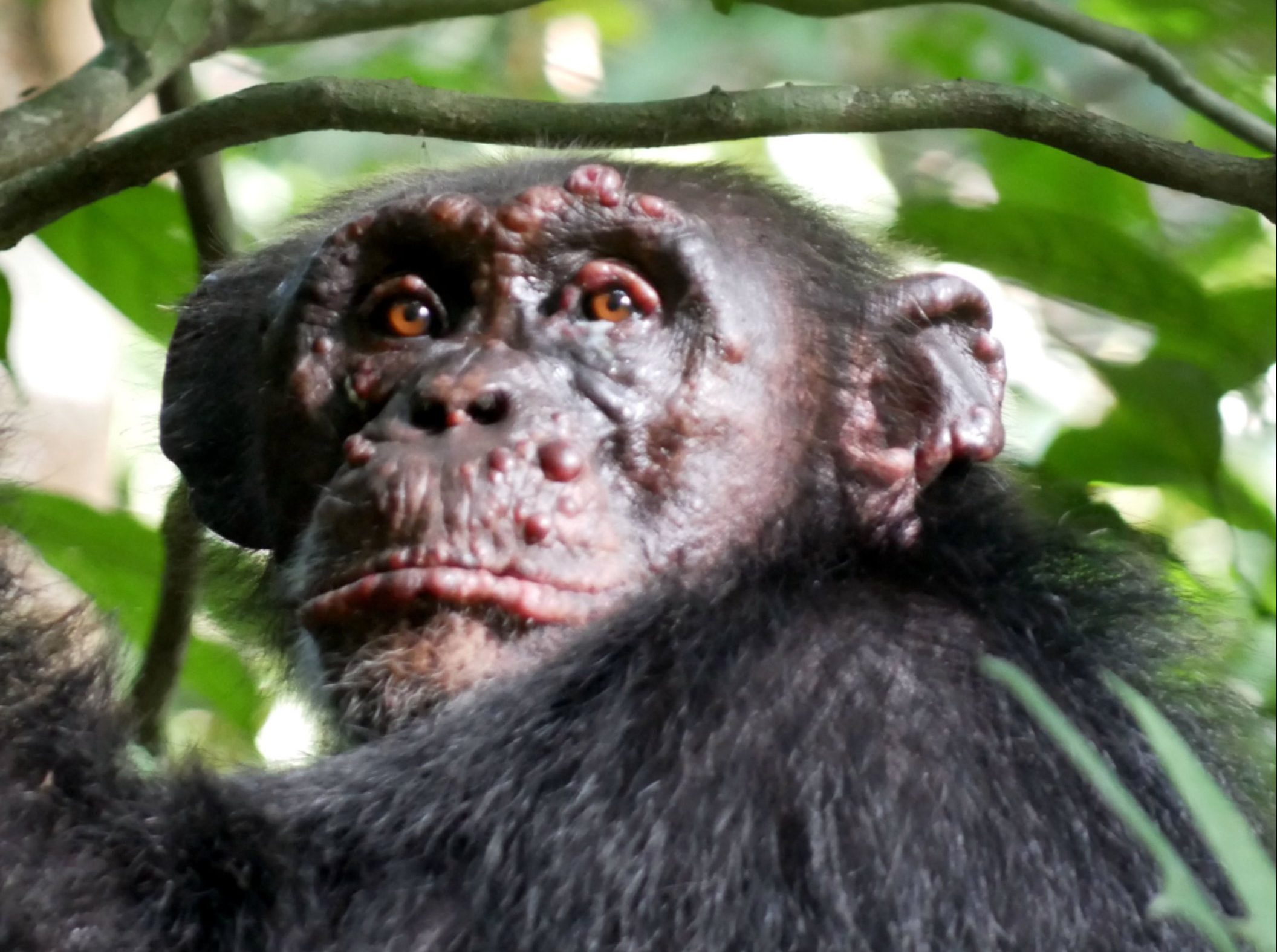 Leprosy has been found in wild chimpanzees for the first time, according to a new study.

Cases have been confirmed among two unconnected West African populations of chimpanzees, in Guinea-Bissau and the Ivory Coast.

Researchers found the strains of leprosy are different and are uncommon in humans.

While the origins of the infections are unclear, scientists suggest the disease is probably circulating in more wild animals than was previously suspected.

This could either be as a result of exposure to humans or other unknown environmental sources, they add.

Humans are considered the main host for the bacteria which cause leprosy, but spill-over to other mammals such as nine-banded armadillos and red squirrels is known to occur.

Leprosy is an infectious disease of the skin and nerves which, if left untreated, can lead to deformities and blindness.

Lead author Dr Kimberley Hockings, of the Centre for Ecology and Conservation, University of Exeter, said: ‘This is the first confirmation of leprosy in non-human animals in Africa.’

‘It’s amazing that it also happens to be in our closest living relative, the chimpanzee, especially considering how well studied chimpanzees are in the wild.

‘We first noticed possible symptoms of leprosy in a population of chimpanzees in Guinea-Bissau.

‘The symptoms appeared to be strikingly similar to those suffered by humans with advanced leprosy, including lesions and ‘claw’ hand.

‘We contacted Professor Fabian Leendertz from the Robert Koch Institute to confirm these cases genetically.’

Leprosy was also confirmed through a post-mortem examination of an older female, as well as faecal samples of an adult male which started showing symptoms.

Although the study is the first to report the disease in wild chimpanzees, there have been cases in captive chimps, researchers say.

Dr Charlotte Avanzi, from Colorado State University, said: ‘This study unlocks a new step toward the understanding of the disease transmission in endemic countries and more investigations will eventually shed light on the dynamic of transmission between human, animal and environmental sources.’

While leprosy in humans is easily treated with medication, the impact on chimpanzees is hard to predict, the researchers suggest.

The findings are published in the journal Nature.