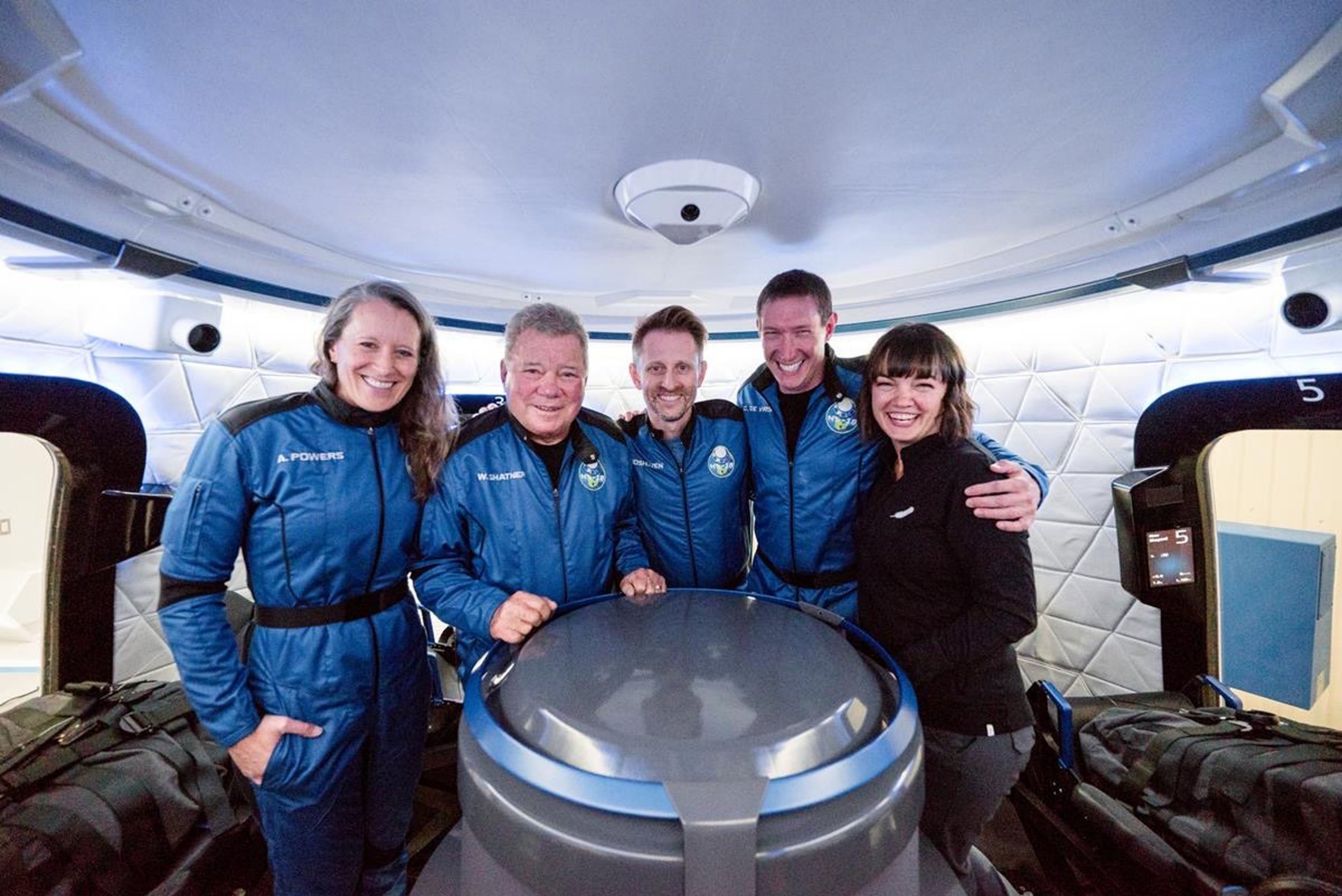 Star Trek legend William Shatner has announced he will be flying to space aboard one of Jeff Bezos’ Blue Origin rockets.

At the grand old age of 90, Captain Kirk himself will become the oldest person to travel into space.

The flight will guarantee the Canadian actor several minutes of weightlessness as well as a spectacular view of our planet.

The beloved actor shared his excitement about the upcoming space flight as he stated: ‘I’ve heard about space for a long time now. I’m taking the opportunity to see it for myself. What a miracle.’

Shatner will be joined on his flight by Audrey Powers, Blue Origin’s Vice President of Mission & Flight Operations and crewmates Chris Boshuizen and Glen de Vries.

The pair will fly into orbit on board a reusable New Shepard rocket.

When will the flight happen?

The flight has been cleared to take off today, October 13, 2021 after being delayed for a day due to weather conditions.

The liftoff is currently set for 8.00am local time in West Texas, where Blue Origin’s launchpad is located.

That translates to 3.00pm over here in the UK.

How can I watch William Shatner travel into space?

As it did with Jeff Bezos’ maiden flight earlier this year, Blue Origin will be live streaming the flight online.

It means you can watch Captain Kirk live as he goes were (mostly) nobody has gone before.

The flight will be streamed on Blue Origin’s website with coverage set to kick off 90 minutes before the launch.

What rocket is William Shatner flying in?

Shatner will be flying to space at the tip of the New Shepard reusable rocket.

The capsule sitting atop the autonomous rocket features six observation windows Blue Origin says are nearly three times as tall as those on a Boeing Co 747 jetliner.

It’s also got all the mod-cons, including microphones and push-to-talk buttons for the six seats, wall panels to muffle engine noise, a safety-alert system, and temperature and humidity controls to keep passengers comfortable and the big windows free of fog.

The ship itself is powered by an oxygen-rich liquefied-natural-gas-fueled staged-combustion rocket engine.

Blue Origin, whose Latin motto means ‘step by step, ferociously,’ is working towards making civilian space flight an important niche in the global space economy, alongside satellite services and government exploration projects, already worth over $300 billion a year.

How long will William Shatner be in space?

The New Shepard is designed to autonomously fly six passengers more than 62 miles (100 km) above Earth into suborbital space.

That’s high enough to experience around ten minutes of weightlessness and see the curvature of the planet before the pressurized capsule returns to earth under parachutes.

In total, the entire flight will last for about 11 minutes.

It’s not quite the Starship Enterprise, but it’s a lot closer to outer space than most of us will ever get.