Cadbury’s chocolate, Cathedral City cheddar and Anchor butter are all fuelling the destruction of Brazilian forest as soybeans from deforested land are being fed to UK cattle – with their milk ending up in dairy products, report claims

Some of Britain’s favourite brands, including Cadbury’s, Cathedral City and Anchor are ‘fuelling the destruction’ of the Brazilian forests, according to a new report.

These products, along with Clover dairy spread, Davidstow cheddar and Cravendale milk all wear the British farm credentials, but there is a dark side to their success.

A new investigation found a link between the production of these household favourites, and destruction of Brazilian forests through the planting of soya crops, consumed by cattle as a protein-rich supplement in their feed.

The investigation, by ITV News, Greenpeace Unearthed and the Bureau of Investigative Journalism traced soyabeans used in the UK to their original source.

They found that soya from the Cerrado in Brazil was being mixed with certified beans from more environmentally sustainable regions, and fed to British dairy cattle.

The problem is that the Cerrado is the world’s most biodiverse Savannah and a valuable carbon dioxide-absorbing forest that is being burned and chopped down legally, and beans from these areas are mixed with those from ‘sustainable’ sources.

Owners of Cadbury’s Cathedral City and Anchor, as well as other products named, say they are working on improving the sustainability of their supply chains. 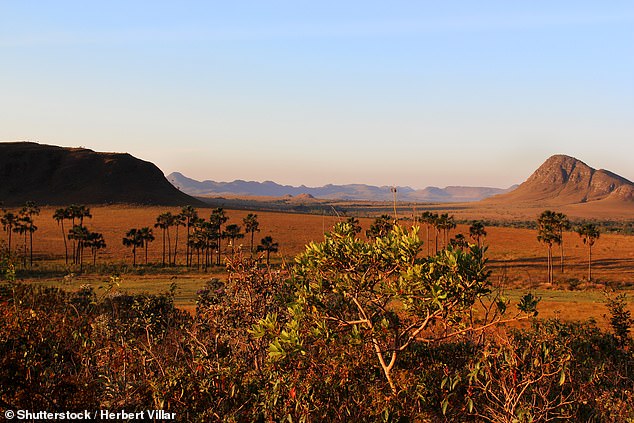 They found that soya from the Cerrado in Brazil was being mixed with certified beans from more environmentally sustainable regions, and fed to British dairy cattle. Stock image 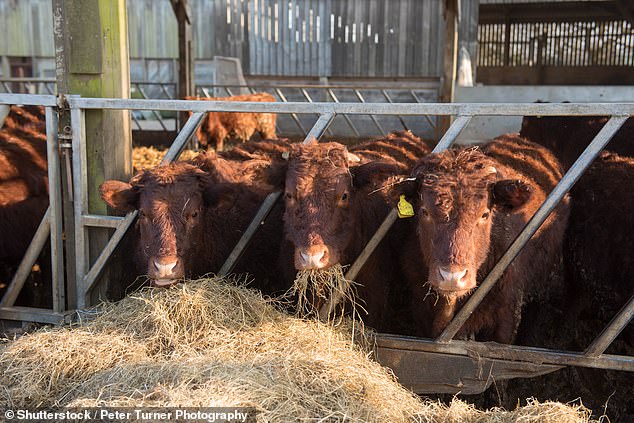 Some of Britain’s favourite brands, including Cadbury’s, Cathedral City and Anchor are ‘fuelling the destruction’ of the Brazilian forests, according to a new report. Stock image

WHY ADD SOY TO CATTLE FEED?

It provides a significant amount of protein, even when just two per cent of the feed is made from the meal.

It is produced from the residue left after oil extraction from the bean.

About 98 per cent of all soybean meal produced is used in animal feed.

Soybean oil is also fed to some livestock in animal feed as it further increases calorific intake.

It is controversial, as it requires significant areas of land, often in locations of high biodiversity such as the Amazon rainforest.

More than 2.6 million tonnes of soybeans are imported into the UK annually, for use in cattle feed, and 30 per cent of it comes from Brazil.

Many of the beans come from the Cerrado region, where more than half of its original forest has been cleared for agricultural over the past few years.

‘People aren’t really aware that their cheese has deforestation in it’, says Anna Jones from Greenpeace UK in an interview with ITV News.

‘The reason why it matters is because these forest that have been destroyed are critically important for our climate and for planetary health. If we don’t have those forests, then our climate will tip into a kind of chaos.’

The team looked into Cargil, one of the largest food conglomerates in the world, and found they were sourcing soya from recently deforested farms in Cerrado.

The US-owned corporation supplies soya to a number of UK feed companies.

According to the report, dairy farmers in the UK believe they are buying sustainably sources soya, but the reality is that the supplied feed comes from a range of sources, and not all are sustainably farmed.

Farmers add soya to their cattle feed as it is a very high source of protein and can significantly increase the amount of milk produced, even at just 2% of the feed.

Dairy farmer James Warren told ITV News sustainability is his top priority, but taking soya out of the mix would carry cost implications, as it helps make milk economical.

‘We’re governed by price, and that’s the price supermarkets are willing to pay us for it,’ he said, adding ‘we’ve got to produce the milk to sustain our businesses, to stay in the industry, as economically as we can.’

He said he is worried the feed is being linked to deforestation, but that the responsibility doesn’t solely lie with British farmers.

‘Deforestation – that’s not sustainable. And sustainability is what I want, it’s what everybody wants but it means if we work together and we change, that’s the way forward,’ Mr Warren said.

‘However, it needs everybody from the source, through to the supermarkets, to the consumer all working together.’ 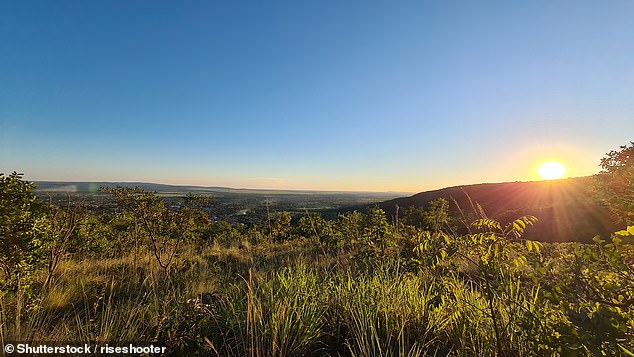 Many of the beans come from the Cerrado region, where more than half of its original forest has been cleared for agricultural over the past few years. Stock image 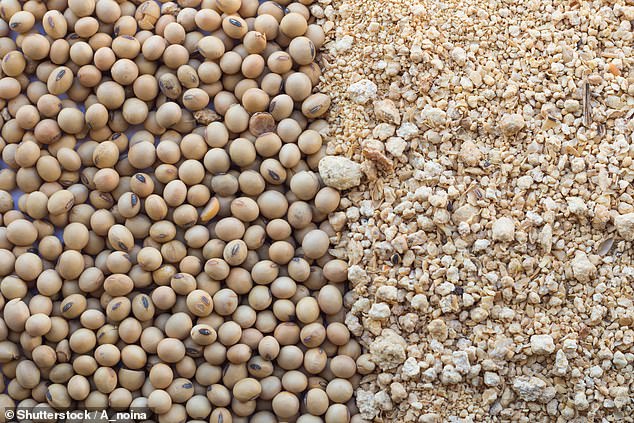 More than 2.6 million tonnes of soybeans are imported into the UK annually, for use in cattle feed, and 30 per cent of it comes from Brazil. Stock image

CERRADO: THE WORLD’S MOST BIODIVERSE SAVANNAH

The Cerrado in Brazil is the most biodiverse Savannah in the world, and a vital carbon sink forest.

The biome is found in the highlands of Brazil, with forest and wooded Savannah, sitting alongside park and gramineous-woody savanna.

This is the second largest of Brazil’s major habitat types, after the Amazonian rainforest and takes up 21 per cent of the land area in Brazil.

The World Wide Fund for Nature named the Cerrado the biologically richest savanna in the world, with about 10,000 plant species and 10 endemic bird species.

It is at increasing risk of deforestation, as private landowners are legally allowed to burn or tear down forest for growing crops.

According to forest mapping platform, Mapbiomas, 52 acres of vegetation were lost in the Cerrado region every day in 2020 and it was perfectly legal.

This is because private landowners in Brazil are still legally permitted to destroy forest for farming, regardless of the environmental implications.

‘The Forest Code allows for rural landowners to suppress a certain amount of vegetation… it is occurring in areas where they are allowed to happen. This is my point,’ said Dr Marta Giannichi from Brazil’s Environment Ministry.

Cargill told ITV News they take this type of issue very seriously, and if violations are found, with soy from non sustainable sources entering the mix, they will take immediate action in accordance with their ‘Soy Grievance Process’, as they have ‘worked relentlessly to build a more sustainable supply chain.’

Arla Foods, maker of Anchor butter, Cravendale milk and more, said in a statement to ITV News, that they are taking steps to manage their use of soy responsibly.

Cathedral City, Country Life and Clover owner, Saputo, said from next year all farmers supplying them must have a sustainable soy purchasing policy.

They told ITV News: ‘As part of our commitment to tackling deforestation, we have made it clear that we expect all our UK dairy suppliers to work with us and contractually commit to ensuring they are sourcing 100% deforestation free feed by 2023.’

The British Retail Consortium says it has called on the Brazilian government to stop deforestation of the Amazon for soy production.