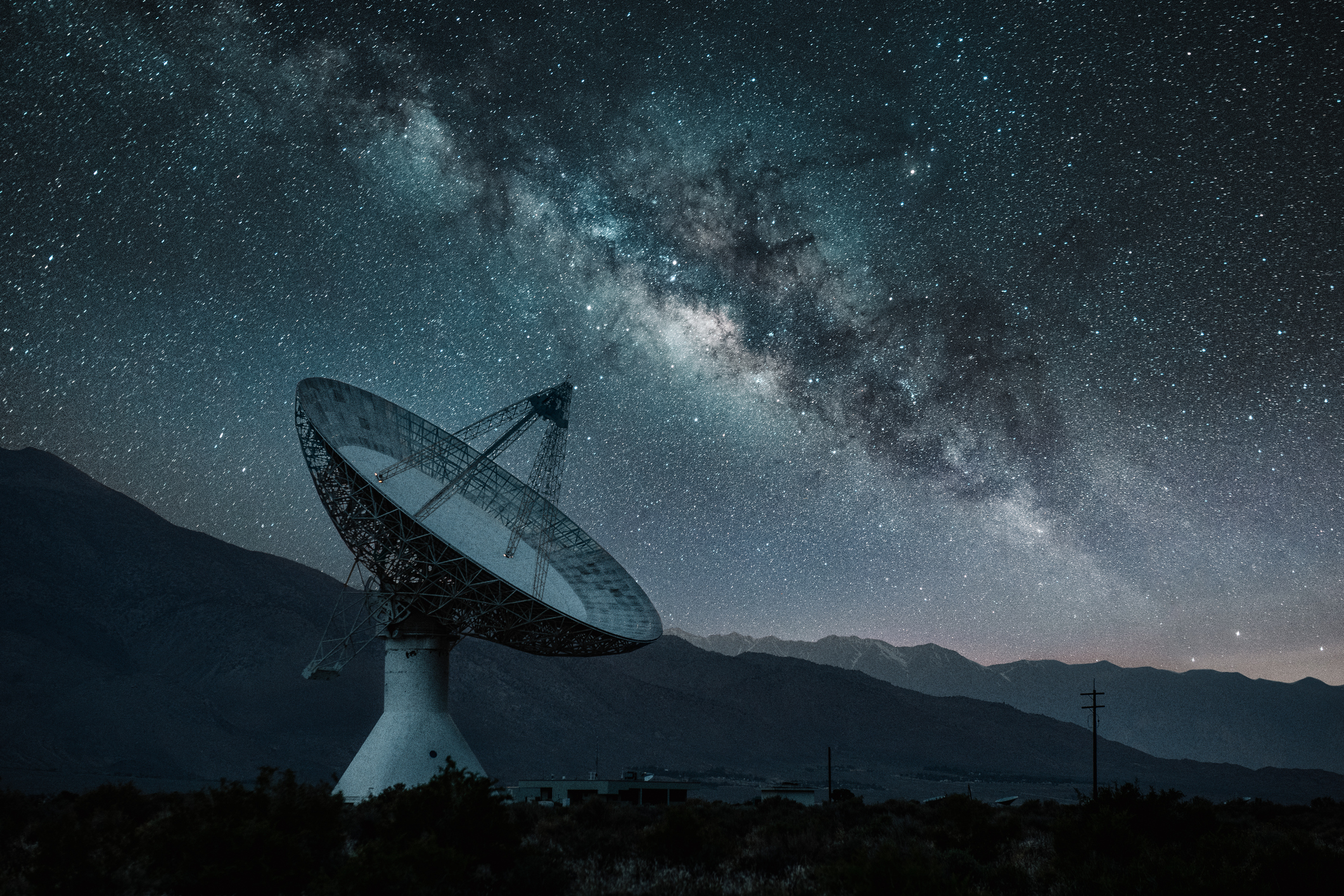 Mysterious radio waves from distant stars have been picked up by astronomers and could indicate the existence of hidden planets.

They were detected using the world’s most powerful telescope — and are up to 165 light years away.

Study co-author Dr Benjamin Pope, of Queensland University in Brisbane, Australia, said: ‘We’ve discovered signals from 19 distant red dwarf stars — four of which are best explained by the existence of planets orbiting them.

‘We’ve long known the planets of our own solar system emit powerful radio waves as their magnetic fields interact with the solar wind.

‘But radio signals from planets outside our solar system had yet to be picked up.

‘This discovery is an important step for radio astronomy — and could potentially lead to the discovery of planets throughout the galaxy.’

There are millions of exoplanets outside our solar system that could host aliens.

Civilisations over billions of years may have risen and fallen — even before the Earth was formed.

The observations are based on signals collected by more than 70,000 antenna across Europe, including the UK.

Combining data reveals the location of stars, and planets that orbit them.

The international team focused on red dwarfs — long-lived stars billions of years older than our sun around which life could have thrived.

They are known to have intense magnetic activity that drives stellar flares and radio emission.

The signals are coming from the magnetic connection of the stars and their planets, similar to the link between Jupiter and its moon, Io.

Lead author Dr Joseph Callingham, of Leiden University in The Netherlands, said: ‘Our own Earth has aurorae, commonly recognised here as the northern and southern lights.

‘They also emit powerful radio waves: this is from the interaction of the planet’s magnetic field with the solar wind.

‘But in the case of aurorae from Jupiter, they’re much stronger as its volcanic moon Io is blasting material out into space, filling Jupiter’s environment with particles that drive unusually powerful aurorae.

‘Our model for this radio emission from our stars is a scaled-up version of Jupiter and Io, with a planet enveloped in the magnetic field of a star, feeding material into vast currents that similarly power bright aurorae.

‘It’s a spectacle that has attracted our attention from light years away.’

The researchers now plan to confirm the findings in the journal Nature Astronomy.

Dr Pope said: ‘We can’t be 100 per cent sure the four stars we think have planets are indeed planet hosts.

‘But we can say a planet-star interaction is the best explanation for what we’re seeing.

‘Follow-up observations have ruled out planets more massive than Earth — but there’s nothing to say that a smaller planet wouldn’t do this.’

The LOFAR telescope has the capacity to monitor only relatively nearby stars — within 165 light years of Earth.

Australia and South Africa’s Square Kilometre Array radio telescope is under construction and is set to be switched on in 2029. It would be able to see hundreds of relevant stars out to much greater distances, said the researchers.

In August scientists at Cambridge University predicted we could find extra-terrestrial life within two years.

Our galaxy has around 400billion stars and each has at least one planet.

Millions are in the ‘Goldilocks zone’ — within the range of a star where water is going to be liquid and, therefore, has a chance of life.