Twitch is HACKED: More than 100GB of data is leaked online from the gaming platform – including confidential company information and streamers’ earnings

An anonymous hacker claims to have leaked the entirety of streaming platform Twitch, including the source code which forms the foundation of the online service.

A message with the files said they were being leaked to ‘foster more disruption and competition in the online video streaming space’.

The link, which was posted to messaging platform 4chan on Wednesday, also claimed to contain details of the payouts made to creators on the platform, code for its mobile, desktop and games console client apps, as well as a wide range of other internal software and business details.

The streaming platform, which is owned by Amazon, has not yet confirmed the breach or responded to a request for comment on the issue. 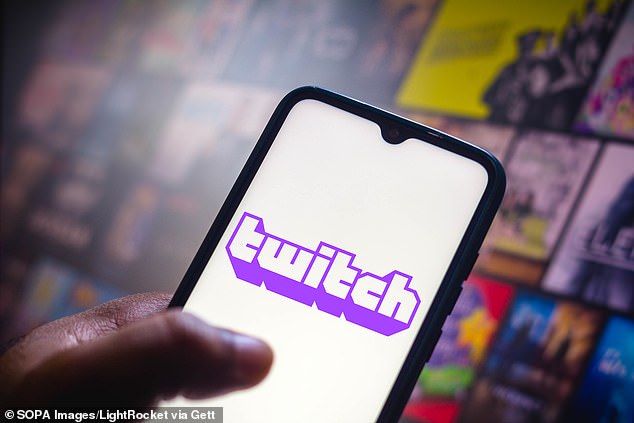 An anonymous hacker claims to have leaked the entirety of streaming platform Twitch, including the source code which forms the foundation of the online service

Twitch is a live streaming site popular with gamers that lets you share live gameplay for others to watch and comment on in real time.

You can also watch playbacks of games and chat to other gamers.

You can’t join a live game on Twitch but you can speak to other users who are watching the game in real-time.

According to reports from Video Games Chronicle (VGC) and The Verge, the leaked data is legitimate and includes code that is as recent as this week, suggesting the hack of Twitch could have taken place in recent days.

Reports suggest the leak does not include personal or password information on Twitch users, but some have noted the leak is labelled ‘part one’, suggesting further information obtained as part of the breach could still be released.

Online safety experts have urged anyone with a Twitch account to change their password as a precaution, with particular concern expressed for the accounts of the millions of younger users known to be on the platform.

Tony Neate, chief executive at Get Safe Online, said: ‘It has been reported today that the entirety of Twitch has been hacked, with its data now being leaked into the public domain.

‘Whenever a hack takes place our sympathies go to those who have been compromised, and when the majority of those affected are children, the impact is amplified.

According to the leak, the 10 top earners on Twitch are:

‘Parents will be concerned, but there are a couple of actions that they can take that can help.

‘Firstly have a conversation with their child to establish if they have a Twitch account.

‘If they do, and with immediate effect, ask them to change their password as a matter of urgency, using a combination of three unrelated words that are memorable, replacing some letters with numbers to enhance its security.

‘If they can, also enable two-factor authentication.

‘By doing this as quickly as possible it will ensure they are protecting themselves as best they can in light of the current situation.’

Twitch was founded in 2011 and is predominately used by creators to live stream themselves playing video games.

Amazon bought the site for $970 million (£714 million) in 2014, and the platform is estimated to have more than 140 million monthly active users.

According to the leaked data, the top earner on the platform is CriticalRole, which has earned a whopping $9.6million.