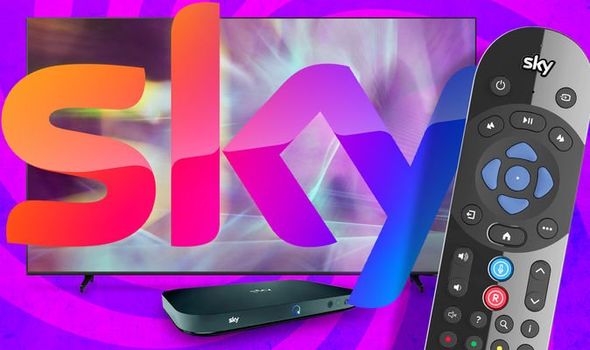 It looks set to be an incredibly exciting week for Sky TV fans. The satellite company will hold a media event on October 7, teased with the tagline “something magical is coming”, where it’s widely-expected to announce a slew of new hardware. Express.co.uk has previously revealed that a new set-top box that swaps the satellite dish for a fast broadband connection is being tested in the UK ahead of launch, but sources have also described a new Sky-designed 4K TV that’s set to debut this week too.

This wouldn’t be the first time that Sky has experimented with hardware beyond its set-top box. Back in 2018, the company announced the Sky Soundbox, which was created in collaboration with high-end French audio brand Devialet, to boost sound when watching movies and sports on Sky Q. The chunky soundbar was sold at a discounted rate to Sky Q subscribers and could be controlled with the same Sky Q Voice Remote used for the set-top box.

According to sources speaking to internet-centric blog ISPreview, the R&D teams at Sky have been preparing something much, much more ambitious for this week. The satellite company is expected to reveal a QLED TV product line called Sky Glass. Unlike rival TVs from Samsung, Sony and Hisense, Sky Glass will ship with all of the smarts needed to stream Sky TV channels, watch on-demand boxsets and blockbusters from Sky Cinema, and watch Sky Sports in crisp 4K HDR.

Sky now allows you to unlock the biggest channels from Sky Q, including Sky Atlantic, MTV, and Sky Sports News, as well as a Netflix subscription for £25 a month. Given that Netflix alone will cost you £10 a month, this deal for the complete Sky Q kit and hundreds of satellite channels is pretty special. There are also some great deals if you want to add Sky Sports and Sky Cinema too!